Behind the Work: Gifting 11 Houses to 11 Veterans 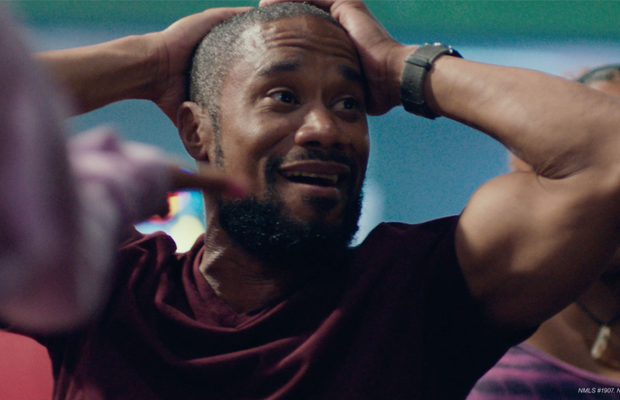 In the US, Veterans Day is a celebration of the service given to the country by veterans. But it rarely reflects the value that they bring to society after service - as neighbours, teachers, farmers, volunteers, business owners, and more.
Veterans United Home Loans and its agency Performance Art New York - the new IPG-backed venture from former FCB/SIX heads Andrea Cook, Ian Mackenzie and Elizabeth Sellors - wanted to change this narrative. They launched #ThanksToVeterans on Veterans Day, a campaign that involved giving 11 homes to 11 different veterans, all paid in full and owned solely by the recipients. The result of the campaign is a beautiful documentary video series featuring each veteran navigating their journey to homeownership through a series of unscripted interviews in which they share their personal story of what 'home' means, before the life-changing gift is revealed. The films were directed by m ss ng p eces' Lance Oppenheim and Tool's Floyd Russ.
To find out more, LBB's Addison Capper chatted with Colin Craig, ECD at Performance Art New York.

LBB> What was the starting point of this campaign? Was there a brief?

Colin> The brief was simply to do something extraordinary for Veterans Day. An act of gratitude from Veterans United to veterans, where we would place the focus on recognising and honouring veterans. The idea to give away 11 houses came quite early – from Veterans United CMO Kris Farmer. The challenge then became to build context and story and meaning around that.

LBB> What was the research process like that informed the idea? Were there any surprising findings along the way?

Colin> Although this project came together in record time, we had layers of creative and messaging around statistics showing the significant ways veterans contribute to society in their civilian lives. Veterans are more likely to vote, volunteer, help their neighbours, and on and on. It’s compelling evidence for our core message that ‘America’s communities are better #ThanksToVeterans’. To showcase those statistics in a more human and meaningful way, we decided to focus on simple human storytelling and six individual veterans.

LBB> Can you speak a bit more about the decision to focus on veterans' everyday lives after service?

Colin> We were looking for a unique point of view. Messaging and marketing around Veterans Day, while genuine and heartfelt, often seems to fall into some common tropes and well-worn patterns. We had this extraordinary act of giving away houses, but a strong desire not to treat it simply as a giveaway. This was an opportunity to say something meaningful about what veterans give to their country. The insight itself came from something one of our clients said (like many of the best insights, if you just listen, you’ll stumble on them) — that you want a veteran moving in next door. That they make the best neighbours. It flipped the expected script from a focus on military service to the value they bring to civilian life, after service. It seemed like a fresh viewpoint, and from what we’ve heard from veterans, a message that resonated positively with them.

LBB> How did you find and get involved with the six veterans featured in the campaign's doc vids?

Colin> It was all through the client, Veterans United. They have an amazing network of loan officers that develops close relationships with their veteran clients. And when they meet and work with extraordinary individuals, or those with extraordinary circumstances, those stories tend to bubble and get noticed. There was certainly no shortage of incredible, deserving veterans.

Colin> Thank you. We always talked about them as mini documentaries, and the idea was always to create an honest portrait of each veteran, their relationship to their families and communities, and their thoughts about what home meant to them.
Our directors Floyd Russ and Lance Oppenheim brought an incredible level of artistic integrity and passion to the project. And I think everyone recognised that the strongest version of the idea had more in common with documentary storytelling than with commercial advertising. We love the interplay between the anthem spot and the documentaries; they illustrate two ways to tell the same story, each suited to their respective medium and role in the campaign.

LBB> It's quite a feat too - a lot of content and very emotional stories told. Tell us about the production process in general. Where did it take you? How long did it last? What was it like?

Colin> It was a huge production effort pulled off under an incredibly tight schedule, impossible without our incredible partners Tool and m ss ng p eces. We shot the anthem spot first in LA, using all real veterans, and then set out on a cross-country tour that included California, New Mexico, Georgia, North Carolina, New York and Wisconsin. It was about three weeks in total - an amazing experience. Most of the places we shot are not major production centres, so a sizable crew travelled from town to town.

LBB> What are some of the most memorable moments of the production process like?

Colin> Obviously, the moment you tell each veteran we’re giving them a house is special. To say it changed their lives is not overstating it. It was special to hear from the crew members who happened to be veterans and how proud they were to be part of the project. And sharing the first rough cuts. Seeing the stories come to life through our incredible editors David Brodie, Louis-Philippe Charette, and Shelly Rose at Rock Paper Scissors and hearing how moved our clients were when they saw them for the first time was a great moment too.

LBB> The main part of this campaign is actually giving these people homes. How did you keep this from them during production? Tell us about this. It's remarkable!

Colin> Each veteran was under the pretense we were making a mini documentary about what the home buying process was like for a veteran. Only a select group of people on the crew knew what was going to happen. We had code names and were as careful and discrete as possible. I think it was quite extraordinary that these six veterans agreed to open their lives to us with no expectation of anything in return. So it was wonderful to finally let them in on the secret.
One of the really interesting things we found about shooting the ‘gift moment’ is that it isn’t just a single moment. It’s obvious in retrospect, but hearing life-changing news isn’t simply a split-second reaction. It unfolds over time. There’s shock, disbelief, a realisation sinking in, relief and overwhelming emotion, joy, sharing the news with family and friends. The moment really extends over hours, and there are opportunities to revisit it, get the veterans to reflect on it. Some of the most powerful scenes actually happen an hour after they hear the news for the first time.

LBB> What were the trickiest components and how did you overcome them?

Colin> I think the logistical planning aspect of the project was probably among the most challenging. This was a producer’s dream/nightmare. Incredibly tight timelines, so many remote locations, a secret we had to keep hidden, and very little runway to put the pieces together. It was many weeks of long days and nights to get everything organised and set up for success. There were a thousand things that could’ve gone wrong (and a fair number of them did), but the passion, energy and effort of the whole team - production, agency and client - coming together in the true spirit of collaboration overcame all obstacles.

LBB> How did working on this campaign impact you personally?

Colin> The honesty, generosity, and genuine humanity of these amazing veterans was really moving. Jim, who has experienced such hardship and tragedy, and the beautiful relationship with his grandson. Daniel, who’s fought so hard for his kids, and for his dreams. All of them had such incredible character and integrity. It was humbling, and moving, and I feel incredibly fortunate to have crossed paths with them.

Colin> Just a huge thank you to the entire amazing team who brought this to life. Everyone poured their heart and soul into it, and we’re so grateful for their efforts, their passion, and their trust.

Lunar New Year 2022: The Creative Roar of the Tiger Year

How Kinder Bueno Tapped in Americans’ Taste for Sophisticated Snacking