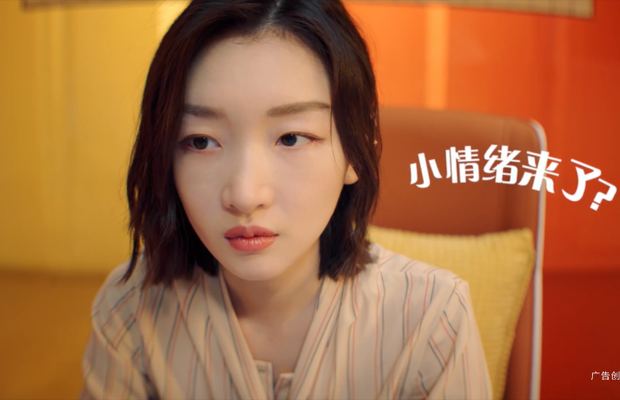 BBDO Shanghai and Dove, the biggest chocolate brand of Mars in China, recently collaborated to launch the brand’s new campaign, urging customers to “Put Pleasure First.” Pleasure is indeed too often forgotten in the workplace in China, so Dove’s clever approach for giving viewers a new consumption occasion was aiming right at that. The 996 background (9am to 9pm,6 days a week) across the country with an all-time high rate of workplace dissatisfaction among young working professionals, people seem to really need to be reminded to take a break in the best way possible. Who hasn’t been guilty of looking for consolation in a good chocolate bar?
The campaign has not only an innovative fix to along-standing issue, but also has taken an inventive approach through their brainstorming process. Knowing that Chinese office workers don’t have the habit of reaching for a sweetie mid-day when stress is running high, BBDO played on another type of break – short video platforms, a break most workers are familiar with. “We asked ourselves, can we interrupt their break sessions with videos that can make them feel the pleasure of chocolate directly?” says Arthur Tsang, CCO at BBDO Shanghai and global creative lead on Mars. That’s how the “Oddly Pleasurable” videos came to fruition – short audio-visual experiences that help you destress.
The emphasis on pleasure definitely shows a trend of brands are shifting their approach from “selling to serving customers,” tells Kyu Moon Lee, Mars Wrigley China brand & content VP. Something really cool to watch, but also with a strong social message that most of us need now, when working from home and office environments is even more confusing or stressful! With the help of celebrated neuroscientist, Paul Zak, professor at Claremont Graduate University, Dove and BBDO were able to elevate this campaign from simple employment of everybody’s favourite ASMR to a very clever usage of Immersion neurological response testing. Simply put – the science behind why some sounds and visuals make our brains go ‘woah.’
Ariel Chen, group creative director and the BBDO team gave LBB’s Zoe Antonov the scoop on how Dove achieved that ‘woah’ sensation, and  much more.

LBB> What social issues underlined the creation of this campaign and how did the idea come about?

LBB> Led by the idea of ‘Pleasure First’, you are aiming to remind Chinese people to take a break and increase their mood at the workplace. How did you go around the rigid office culture in Chinese society to depict that necessity?

Ariel & BBDO> In fact, we do not want to criticize the office culture, nor do we want to just make another new commercial film to be shared regularly, we wanted to let the newly appointed Dove girls demonstrate how to positively and actively resolve low emotions at work. Conversely, in order to create an experience that makes people in the workplace more empathetic, we observed how to alleviate low emotions when they are encountered at work.
We found that people like to watch short videos during busy periods to relieve stress, such as popular ASMR videos. This gave us the idea: to shoot a set of "evident-based oddly pleasurable videos", so that consumers can directly immerse themselves in pleasant feelings at work through auditory and visual short videos designed and created by neuroscientist Paul Zak and BBDO.

LBB> What conversations do you hope to provoke with this campaign? 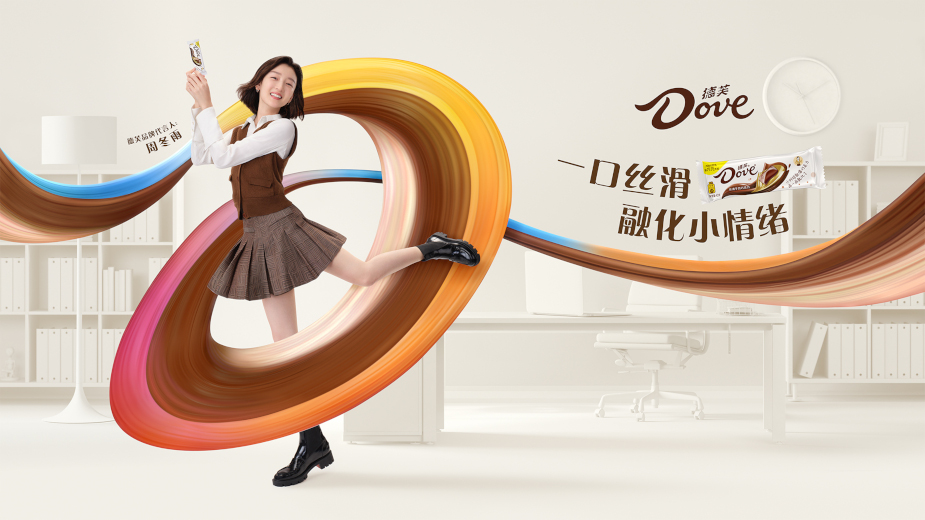 LBB> The visuals in the films are quite colourful and memorable, how was that look achieved and what were the ideas behind it?

Ariel & BBDO> After coming up with this idea, from the script to pre-production meetings, and from the execution to the post-production, each process was closely discussed with the director, neuroscientist, and composer.
These two films are very different from the production process of general commercials. We shot a lot of material and tested each piece of material, including the colour of the whole film, the music, the speed of spinning the ribbon, the sound effect of origami, and we even shot many versions of the ribbon. Each step was selected and adjusted after the test results. The last version that consumers see is the version with the highest score in the "immersion test".
If these videos make you feel happy, they are also very scientific.

LBB> How does this campaign differ from other adverts that employ ASMR techniques?

Ariel & BBDO> The popular ASMR has not yet received the corresponding scientific basis, but this Dove campaign cooperated with the international neuroscientist Paul Zak (Professor, centre for Neuroeconomics-Claremont Graduate University). Paul created a test platform based on immersive nature, which can obtain the cranial nerve data of the people being tested while watching the movie from a smart watch in real time, which is truly scientifically proven to bring pleasure to the people in the workplace.

LBB> How long did production take from start to finish?

LBB> What has been the audience’s response to the campaign since its launch?

BBDO China Says 'No Labels' for Women in the Workplace