Simon Lee, executive creative director and partner at The Hallway talks to LBB’s Zoe Antonov about the power of open communication and why campaigns like this one can save lives 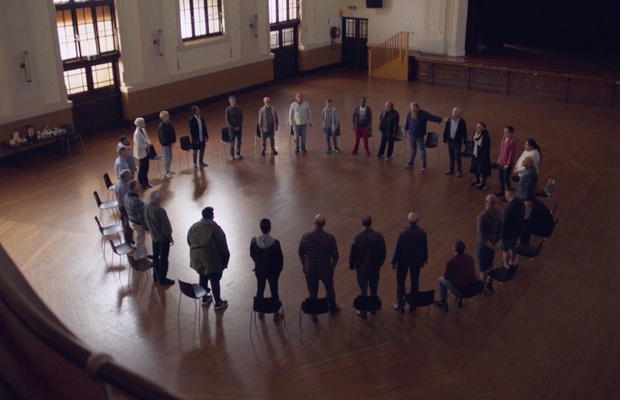 Society has increasingly started to challenge masculine stereotypes through the media, in our daily social interactions and at home. Reversing the narratives and expectations surrounding toxic masculinity is crucial in reducing men’s health issues, male suicide and generally supporting men’s mental health.
In Australia, an average of seven men take their own lives every day. Suicide is the leading cause of death for Australians aged 15-49 and on average it takes more lives than road accidents. The push to ‘man up’ definitely sits at the core of men’s issues swept under the rug, which unnoticed and untreated lead to fatal outcomes.
The Hallway have decided to take part in the fight against these toxic masculine stereotypes by reimagining The Cure’s iconic hit ‘Boys Don’t Cry’ to ‘Boys Do Cry’. The major campaign, including videos, posters, outdoor advertising, radio ads and a website is the brainchild of The Hallway’s partner and ECD, Simon Lee, who himself broke through tradition by seeking help to battle his anxiety.
Anticipated to be one of the most significant men’s mental health campaigns in Australia, ‘Boys Do Cry’ aims to encourage men to reach out when they need help and check-in with their mates, as well as reinforce the message of connection and healthy communication. Which, at the end of the day, can be the difference between living and dying.
Simon Lee told LBB’s Zoe Antonov about the necessary push towards breaking macho stereotypes and the three-year journey that took to develop this deeply personal project.

LBB> What was the idea behind this campaign and what were the conversations surrounding it like?

Simon> Boys Do Cry was born from firsthand experience of the benefits of reaching out for help when doing it tough and from the realisation of the extent to which mens’ conditioning holds so many of us back from doing so. While researching possible creative ways of addressing the problem, we unearthed the horrifying statistical fact that an average of seven men commit suicide in Australia every day. This strengthened our resolve to try and make something happen.

LBB> Why is it important to delve into these issues and what do you think is the industry’s role in stirring conversations around men’s health in Australia?

Simon> I see every spot on a media schedule as an opportunity to positively impact its audience and the world at large and believe that it’s incumbent on us all - the people who commission and make the work to make sure that it does. From a mens’ mental health point of view, this means bringing an end to two dimensional macho portrayals of masculinity and the co-creation of a narrative that frees men up to be wholly, emotionally, healthily human.

LBB> What do you hope the main take-away from ‘Boys Do Cry’ to be?

Simon> The lyrics say it all: “It feels good to talk about it, to free yourself from the lies, of the voice that says that men shouldn’t have tears in their eyes.”

LBB> What was the production process for the campaign like?

Simon> From the earliest conversations we had with EP Sam Long, director Tom Campbell and the rest of the team at Good Oil, it was clear that this was a project that mattered on a deeply personal level to everyone involved. And when you have a bunch of talented creative people so committed to the work, you are almost unstoppable. The shoot day was, in itself, a demonstration of the behaviours the campaign is advocating for.
Many of the guys in the choir had never met each other before the shoot, so at the start of the day they were somewhat uncomfortable and reserved around each other, but bit by bit, as barriers came down, the set became a place where it was safe to be vulnerable. And this extended to everyone who was there on the day. If you were to flick through production stills or BTS footage, you’d find a fair amount of proof that boys do indeed cry. 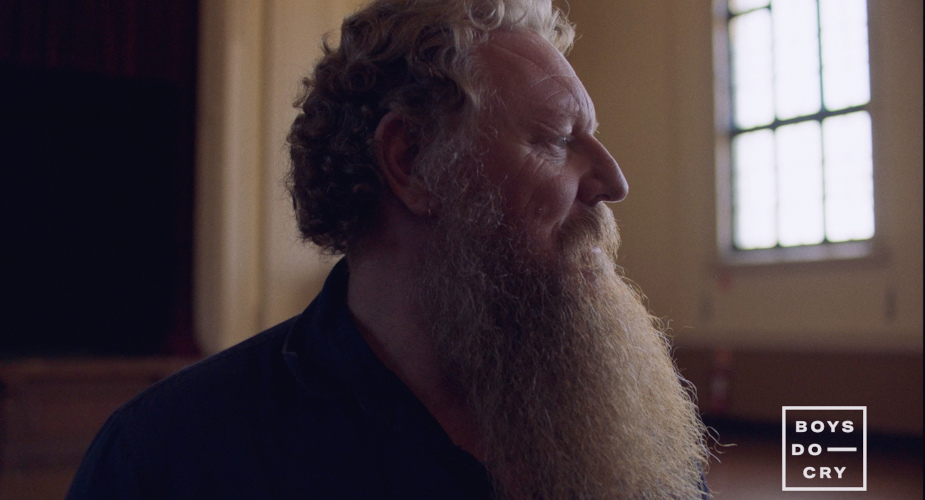 LBB> Have Australian audiences become more receptive to campaigns like ‘Boys Do Cry’ in the past years and how has this campaign been received so far?

Simon> The response to the campaign so far has been phenomenal. It’s like we’ve all been bursting to talk about this, and there’s a level of excitement that we are. The key now is keeping the conversation going.

LBB> How did the idea to transform the song ‘Boys Don’t Cry’ by The Cure come about and what was the process like?

Simon> Transforming The Cure’s Boys Don’t Cry into Boys Do Cry was the strongest, most single-minded act that we could conceive of to convey our desired message.
Reworking Robert Smith’s lyrics was a hugely daunting prospect. He’s such an incredible artist and the song is so iconic, I was acutely aware of the fine line I had to tread between maintaining the integrity of the original whilst expressing our message with both emotional power and simplicity. I locked myself away in a cottage in the Welsh hills for a couple of days to write the draft that remains pretty much unchanged. Then on returning to Sydney, I recorded an acoustic demo with Charlton Hill and Justin Shave from Uncanny Valley, and that became one of our key assets in pitching the idea to prospective partners. In the final production of the song, we made the call to keep instrumentation to a minimum, allowing the power of 30 imperfect real men’s voices shine through.

LBB> How long did the production of the campaign take from beginning to end?

More from The Hallway

GWM Appoints The Hallway as Agency of Record