Behind the Work: A Trio of Belgian Radio Ads Full of Tongues, Saliva and Arm Hair 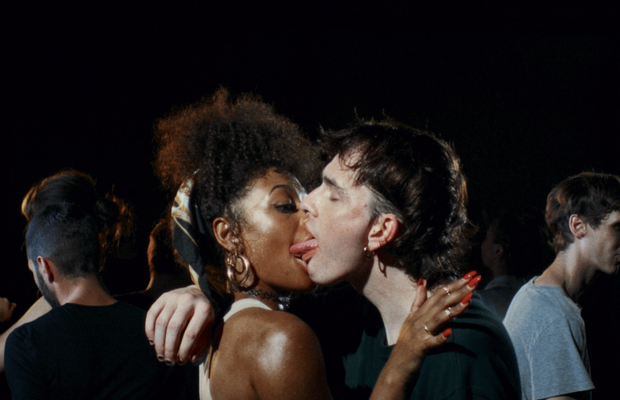 The impact of the pandemic led to the Belgian population adopting new words to describe the effects of the virus on the country. ‘Huidhonger’, otherwise known as skin-hunger, was used to describe the way in which people began to crave intimacy and physical touch.
A new campaign for youth radio station StuBru, created by Mutant and directed by Hamlet’s Angelo Cerisara, saw festival-goers satisfy their skin-hunger in a series of awkward encounters at a post-pandemic festival scene. Pointless conversations never felt so good - or looked quite so intense - as this concept is taken to the next level in these intense but beguiling spots
Angelo tells LBB’s Nisna Mahtani about his vision and how the campaign came to life.

LBB> When you read the brief, what stood out to you?

Angelo> The core of the call with the agency was pretty much: “We want to do something disgusting.”
That’s enough to make a call stand out. The intention was clear and as a background, there was a very smart and solid creative idea. The VO was different, but still incredibly punchy.

LBB> When you were considering how to approach the films, what inspired or guided the way you envisioned them?

Angelo> Diving into the object of disgust. Imagine it as a gravitational pull where we’re dragged closer and closer to something that should be repulsive and so by nature should push you away.
I thought it would be fun playing with the push/pull tension of the attraction/repulsion relation; so then in the films we’re dragged into tongues, arm hair and saliva spits. It’s almost like you don’t want to look, but you do. A pull instead of a push would have resulted in a completely different feel.

LBB> You mentioned a sense of tension being encapsulated in the films - revulsion and attraction. How do you think that tension has changed over the past couple of years?

Angelo> On a concept level, I believe revulsion and attraction have always found a way to coexist. Especially in sexual attraction, they merge together so often and this is at the roots of every perversion.
Over the past couple of years [for pandemic reasons of course], we find this tension where before there was no tension at all. If the first thing I envision after shaking hands with someone is hand sanitiser it means that a gesture that holds ‘a tiny bit of attraction’ now holds ‘a tiny bit of revulsion’. And so it goes for more ‘liquid’ intercourses…

LBB> How did you create that atmosphere on set? It’s quite dark and intense!

Angelo> I liked the warm red tones of the pictures of Tony Davis and the balance between the colours of the club scene of this Låpsley music video. With the DP [Edouarde LeGrelle] we aimed for a mix between the two.
How to do it is always a mix of lighting and set design - but more technically we shot using the 16mm sensor mode of a Phantom camera. It’s quite uncommon as you usually prefer to use the whole sensor, but it worked out pretty well.

LBB> When casting, how did you find the right actors for the kissing scene? We know it usually isn’t a big deal, but this was quite a kiss!

Angelo> Casting was online. I have been looking at people kissing apples or licking their own hands. The cast never met before the shoot so most of the work has been done on set.
Before the actors met I told the girl that the guy was extremely nervous and shy about the scene, so she needed somehow to make him comfortable. Then I went to the guy and I said the same exact thing about the girl. As they met they were more conscious of each other than they were about themselves, it worked.

LBB> How did you shoot the slow-motion shots? Were there any specific techniques?

Angelo> I was actually thinking of shooting on a higher frame-rate, with people almost not moving, but light-wise that was not possible. We actually shot at 400fps, which is not crazy-slow.
The kiss scene is shot in reverse because you can’t really risk smashing the camera into the kisser's face. Reversed shots have been used in the toilet film as well - you can’t really notice the difference when it’s slow motion.
In the saliva film, since we were dealing with CGI spit, I had to work out the camera speed with terrible test videos like this.

LBB> How much of the ad was captured in post-production through VFX? And how did you tie that in with the rest of the films?

Angelo> The arm hair CU and the saliva spit is full CGI. Also, the background of the saliva film has been added in composing. The saliva is probably the film that lacks realism between the three. Anyway, I feel the films ended up working well together so I edited them together on one film:

LBB> Were there any standout moments from the shoot?