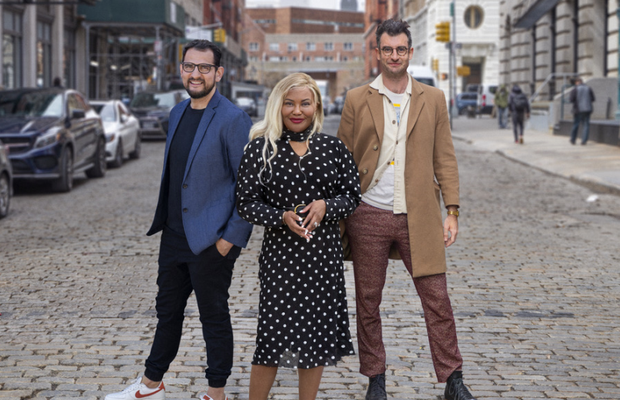 Groundbreaking creativity has always been at the core of BBH New York, and today it unveils its complete leadership team. The agency officially welcomes BBH NY president Amani Duncan and announces the promotion of Tom Callard to chief strategy officer, both of whom are joining chief creative officer Rafael Rizuto. This trio delivers on BBH’s belief in the 'power of difference'. Amani, Rafa and Tom (or “ART” as they have become known) have dynamic expertise in their respective areas and when combined they become an unstoppable force.

“Amani, Rafa and Tom have made an immediate impact,” said BBH global CEO Neil Munn. “We’re excited by the incredible momentum and are thrilled to formally announce Amani’s role as President and Tom’s as CSO of BBH NY.”

Duncan’s leadership is already getting noticed by the industry. She was recently recognised by Campaign’s Female Frontier Awards for Leading the Charge in the creative category in her capacity as BBH NY president. Duncan also serves on the 4A’s Board of Directors and is a 2021 International Cannes Lions Entertainment Lions, Music awarding jury member.

Before joining BBH, Duncan was MTV’s senior vice president of music. Previously, she served as head of brand marketing for Martin Guitar and senior vice president of marketing at Capitol Music Group. She also held senior roles with Universal Music Group, EMI and Sean Combs’ Bad Boy Worldwide Entertainment Group. With decades of experience, Duncan is an ace at helping brands and artists leverage strategic partnerships to grow their audience and increase their value.

“At BBH NY, we are open for business,” Duncan said. “I’m thrilled and honored to work with Rafa and Tom, as well as the entire BBH NY team.  While my background may be a little atypical for an agency, BBH saw the value I’ve brought to every brand and industry I’ve worked with, and the creativity it required. True to form, in selecting their president, they chose to zag instead of zig, and that’s precisely the kind of attitude and thinking I admire – and plan to amplify.”

Callard, who took on the Head of Planning role in April 2019, will assume the role of Chief Strategy Officer. He is raising the bar on delivering ideas that move businesses forward and brings a wealth of experience working with a wide range of brands. Callard, who previously worked at BBH London, also served as group strategy director at 72andSunny where he led strategy on Marcus by Goldman Sachs, Spotify Premium, Smirnoff and Autotrader.

“As our team grows and evolves, adding the likes of Amani, the agency and the work is becoming increasingly exciting,” Callard said. “Now more than ever clients are looking for sharp, strategic insight brilliantly executed, and Amani, Rafa and I are excited to stand together and deliver on this mission.”

With nearly two decades of experience and more than 250 international awards, Rizuto, who joined BBH NY as chief creative officer last April, has already been the creative brain behind campaigns for the Glass Ceiling Breaker, Google’s Black Owned Fridays and Samsung, as well as standout creative for Marvel’s Avengers Launch Game, FanDuel and more.

“We’re experiencing non-stop momentum,” said Rizuto. “As an agency, we don’t run with the pack, and it’s wonderful to have that philosophical kinship driving creativity.  With the recent addition of Amani and Tom as CSO to complete our leadership team, we’re attracting big clients and delivering breakthrough creative.”