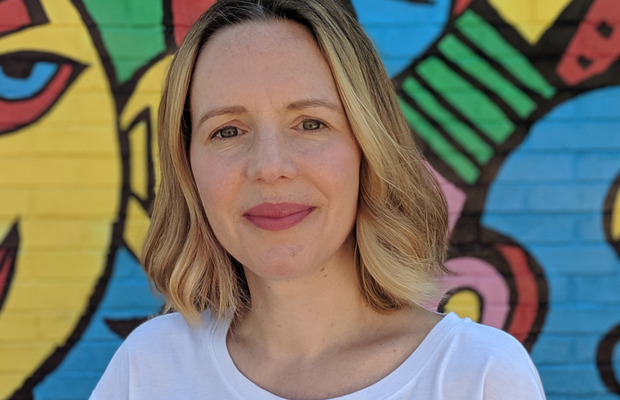 During her time at the BBC, Helen has been responsible for overseeing all of the broadcaster’s campaigns, steering BBC Creative through the pandemic, communicating the value of the BBC’s public service and reaching new audiences during the nation’s time of need. She led the ‘Bringing Us Closer’ campaign which won gold and received five nominations at the British Arrows Made In Lockdown Awards.

Helen is passionate about crafting ideas that are embedded into culture, for example creating an immersive online exhibition for 'I May Destroy You', which shared stories of sexual assault to continue the conversation of themes raised in the show. She also created a digital zine with The Face and Gal-dem featuring authentic articles discussing consent and other topics around gender and sexuality.

Other highlights include the multi award winning Dracula Special Build; setting posters on ‘fire’ to demonstrate humans’ terrible impact on our planet for Attenborough’s latest 'Perfect Planet' documentary and educational films for Steve McQueen's 'Small Axe' series 'The History Lessons You Never Had'. Rhodes’ first and favourite campaign, 'Wasted On Some' featured sketches starring the next generation of British talent as characters who are completely baffled by what they've seen on iPlayer, which has won awards at D&AD, the Clios and One Show among others.

Prior to this, Helen spent six years at Powerhouse Wieden+Kennedy Portland during which time the agency won both Adweek and AdAge's Agency of the year. She worked on a number of top accounts, including Samsung, KFC and Facebook. She helped establish the rotating Colonel idea for KFC which became a long running campaign and garnered numerous awards including Campaign of the year at Adage's A-List & Creativity awards. Her work across the likes of Samsung and RXbar has been awarded multiple D&AD pencils. Her talents extend to even creating a music video for rock band ‘Portugal. The Man’.

Helen has also spent time at TBWA, Rainey Kelly Campbell Roalfe/Y&R and DLKW/Lowe, picking up a whole host of awards along the way.

In her role at BBH, Helen will work closely with chief creative officer Stephen de Wolf and CEO Karen Martin, overseeing the agency’s creative output across their client roster.

Stephen de Wolf, chief creative officer, said: “I am beyond thrilled Helen will be joining us at BBH London. Not only am I hugely jealous of her ideas, but it’s also Helen’s ability to make work that taps into societal moments and modern culture, that makes them so impactful. Our industry needs more of that and I’m excited Helen will be bringing that, her humanity and amazing leadership to our agency.”

Helen Rhodes added: "I am very proud of my time at BBC Creative, but the opportunity to come to BBH and help define its next chapter proved impossible to pass up. The creative ambition and enthusiasm of Wolfie, Karen and the rest of the leadership team is hugely inspiring. I’m excited to work with the many talented people at BBH and can't wait to see what we can do together."