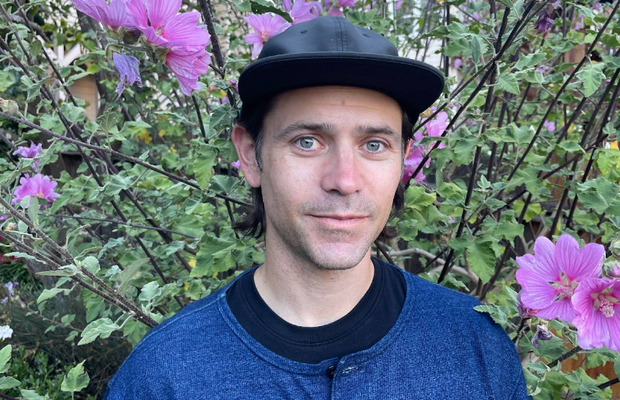 - Above // Michael Grant
Avocados and Coconuts has welcomed Michael Grant as creative director. Michael is best known for his wide-ranging work as a creative director and copywriter on TV, print, social, digital and experiential projects for such brands as Pepsi, The North Face, Sun Valley, Trulia, Amazon, Muscle Milk, Google and Square, among others. At Avocados and Coconuts, he will work closely with Amani King, who has been promoted to the role of executive creative director, and founder / executive producer, Dalia Burde.
“Michael has long been our favourite writer to partner with when we’ve been lucky enough to book his freelance time, and he has contributed to many of our favourite projects,” said Amani. “We’ve always felt like he speaks our language, creatively, aesthetically, you could even say spiritually. He consistently expands our own view of the potential in a given project - and his creative insight honours the intelligence of the audience - which makes for the strongest work. We're so excited to have him on board.”
“Avocados and Coconuts makes beautiful films for companies that are doing important things in the world,” added Michael. “Whether it’s renewable energy, improving working conditions in South America, or something simpler like the best cup of coffee or getting out into nature, the purpose and consciousness show in the work, and resonate with me personally. So, it felt like the perfect place for me to be.”
Michael was most recently freelancing as an associate creative director and copywriter at various agencies and brands, including Godfrey Dadich, Huge, LinkedIn, Bonfire Labs and Airbnb. Prior to that, he was associate creative director and senior copywriter at Mekanism, where he worked on TV, web and social campaigns.
As a freelance writer, Michael has enjoyed stints at Autofuss, Google Brand Studio, Digitas and B-Reel, working on a range of projects for Taco Bell, Ray-Ban, Intel and others. Before that, he was on staff as a copywriter at West, where he led copy for a range of startups, and at Eleven, working on campaigns for Square, Sun Valley Tourism, Visa and Coinstar.
Michael came into the ad industry through a non-traditional path. He worked for Warner Bros. Records as a guerilla marketing rep while attending UC Berkeley, and after graduating, he went full-on Hollywood as a stunt double for Tobey Maguire in 'Spider-Man 3'. After filming wrapped, Michael’s foray into the ad world began at Evolution Bureau as a creative assistant, before transitioning to a copywriter role for clients, such as Nike Baseball, Tropicana and adidas.
Outside of work, Michael flexes his writing skills on personal book projects, with two titles currently in the works.
“Freelancing gave me the flexibility to work on my books, which was rejuvenating during a dark period for the country, and I’m carrying that energy and perspective with me in returning to full-time creative collaboration,” concludes Michael. “I’m beyond excited to work with these rad, wildly talented people. We’ll be uncompromising in helping brands distill and express not just what they do, but their unique points of view.”

More from Avocados and Coconuts

Here Are 10,000 Reasons to Enjoy the Outdoors in 'Adventure for All' Campaign for AllTrails

How Conscious Catering, Composting and an App Are Turning This Company’s Productions Green

Production Line: How Avocados and Coconuts Is Supercharging New Production Models with Tech