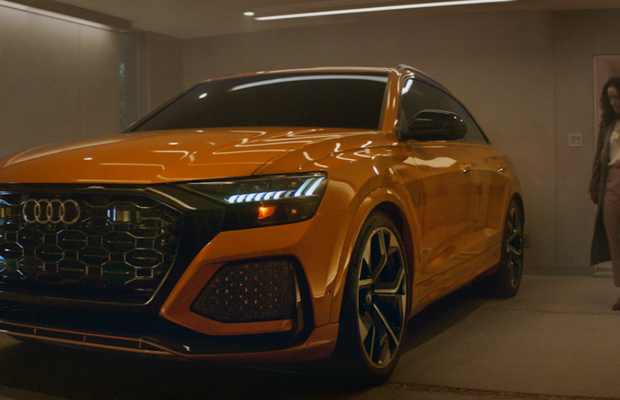 Audi of America’s new 'Always On' campaign, created in partnership with Venables Bell + Partners, illustrates that luxury doesn’t have to be lifeless. The campaign includes the two cinematic spots 'Joyride' and 'Previous Owner,' which showcase the design and performance of its SUV and Sedan ranges. To bring this concept to life, VB+P partnered with Pulse Films’ Sam Pilling, who is known for crafting sophisticated narratives for music videos and commercials. This campaign also marks the launch of the new voice of Audi, actress Nkeki Obi-Melekwe, who will be the ongoing voice for all marketing efforts in the US.

'Previous Owner' offers up a distinct Audi take on the current pandemic-fuelled luxury housing boom, with a twist on the haunted house genre. A young couple shopping for a new home is willing to overlook some serious red flags when they discover the impressive RS Q8 parked in the garage and learn that the house “comes with everything you see.”

In 'Joyride,' Audi shows how exhilarating it can get behind the wheel of an RS7, without ever stepping on the gas. The spot introduces audiences to an all-too familiar film trope, as two suspicious hotel valets salivate over the opportunity to take the new arrival for a joyride. When they merely drive a few feet into the designated parking spot, the rug may be pulled but the adrenaline is all too real.

Carter’s and Venables Bell + Partners Launch 'Made for This' Campaign