At This Year’s Olympic Games, Creativity Goes for the Gold

MediaMonks' head of sports, Nora Henriksson discusses the role of digital and broadcast in a year that spectators are barred from the Olympic games 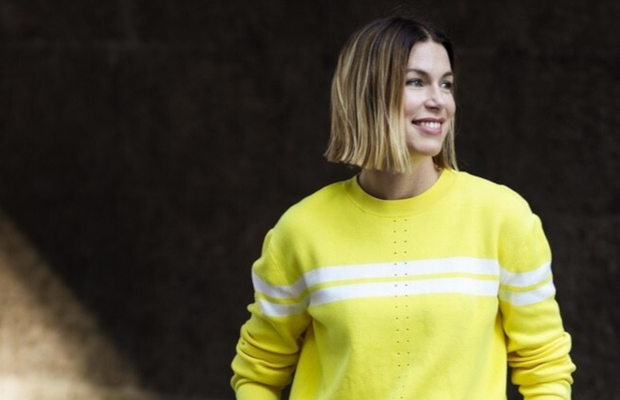 Apart from my professional life in advertising and broadcasting, I've been an athlete too. I made runner-up in the Swedish Championships in both boxing (1998) and in American Football with the Stockholm Mean Machines (2017), and I’ve never felt as intense an adrenaline rush as when I stepped into the ring or onto the field—except for a few pitch sessions with clients, maybe. For Olympic athletes, the call of the crowd must be even more intoxicating: a lifetime of focused training and commitment to excellence finally culminates on the world’s greatest stage.

This year, there are no crowds—but athletes aren’t on their own, either. Historically, brands have shown up to the games to play the important role of connecting athletes with their fans, often through emotionally driven TVCs or unique digital experiences. With in-person spectators barred from the games this year, creativity’s ability to represent athletes’ stories and motivate audiences is needed more than ever. This year, I’ve had the pleasure of working on several Olympic campaigns for both local and global brands that aim to bring fans and their favourite athletes together. Here’s what’s in their winning playbook.

Think on your feet!

The Olympic Games are a major broadcasting event—73% of the International Olympic Committee’s revenue comes from broadcasting—so it may come to no surprise that TVC has remained an important part of the marketing mix for brands sponsoring the games. But this isn’t a year to fall back on old ideas; uncertainty around the games has required brands to be flexible and think on their feet, but not without strategy. The winning brands have planned for the unplanned.

In the US, Toyota put together a series of five films, each featuring narration by a #TeamToyota athlete: Caeleb Dressel, Alise Willoughby, Daryl Homer, Melissa Stockwell, and David Brown. Originally conceived to focus on the athletes’ drive and motivation leading up to the games in 2020, Toyota swiftly flipped the script upon learning the event would be delayed—doubling down on communities’ power to endure. The final films feature the athletes giving thanks to those who have watched, supported and kept them moving all this time. It’s a moving tribute to fans—and an excellent example of Toyota’s resiliency in adapting its message amidst disruption.

Athletes have long been aspirational figures, and traditional partnerships with brands—often endorsing athletic gear, nutritional foods, etc.—have leaned into that image. But more recently, brands have leaned into portraying athletes in a more relatable light. After all, with many athletes having taken a detour from traditional sports into esports over the course of the pandemic, consumers have gained an intimate view into their lives and have struck an even more personal connection.

Today’s athletes are more like influencers—and while Olympians stand for excellence, they still deal with challenges that resonate with average consumers. Tennis player Naomi Osaka made waves during the French Open when she refused to give into the relentless press cycle to safeguard her mental health. Becoming a strong voice for mental health awareness, Osaka’s struggle has kicked off an important conversation among sports fans and everyday people alike.

Branded sports narratives often focus on the work and victories that have propelled athletes to greatness. But there are other stories worth telling, too—ones that can resonate with audiences more broadly or inspire audiences in new ways.

Carry the torch throughout the event.

Streaming audiences are expected to grow with this year’s games as cable viewers decline. And as viewing habits go digital, brands in sports marketing face a need to bring in younger fans by engaging across channels through creative content. Younger audiences enjoy following their favourite athletes directly on social media, for instance, getting an always-on view of what’s happening at the games. Brands can follow suit by delivering work that grows and evolves over the course of an event.

We have taken this approach with a couple of campaigns sponsoring this year’s games. These brands support traditional films with social assets that react to athletes’ progress in the games, ensuring contextually relevant messages that fuel hype for fans. Highlighting several athletes across the Olympics and Paralympics, creative that evolves as Olympic narratives take shape is a great way to keep fans invested over the course of the event and create points of connection with athletes.

It’s clear that this year’s Olympic games will be one for the history books—an inspiring, global event that has come together against all odds. And while spectators won’t be present to watch in-person this time around, viewers at home will still have a chance to feel close and connected to the athletes who inspire them. The games are changing—and so must brand’s strategies if they want to go for the gold, now and into the future.