Toby Jarvis, founder and composer from A-MNEMONIC Music predicts the winner of Best Music Score at this year's Golden Globes 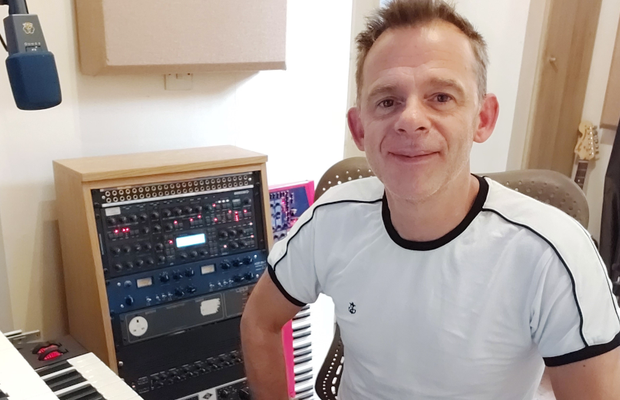 So if you’re in need of a film to watch in the evenings - this is for you. Somewhat shocked as I never heard of any of these. Hardly surprising given the absence of cinema (as we used to understand it.)

Having grown up watching endless Westerns this would not normally be on my watch list. Tom Hanks is masterful as a jaded ex-civil war Captain, travelling from town to town. He pitches up and reads the latest news stories to the townsfolk.

Newton Howard's very classic score is just there, guiding our emotions without ever getting in the way. It doesn’t break any boundaries, however, it’s pure class, slick and evocative.

There is a nod to the deep south with the slide guitars. The score is so polished and slick it never really conveys the horror of everyday life in the late 1860s.

Now, I had actually started to watch this some weeks ago. Unfortunately, I fell asleep 20 minutes in and recalled very little. So I give it a second go. George Clooney plays a lone scientist manning an Arctic weather station - in the not too distant future. A global catastrophic event has forced any remaining humans underground. His quest is to warn a returning space mission from Jupiter’s moon, to turn back - and start a new life there instead of here on Earth. Andrei Desplat’s classic score manages to underpin the mood beautifully. Without being obtrusive. Again his music doesn’t offer us anything new. It’s slick and Hollywoodish, although Desplat’s quirky style periodically shines through.

Now, this has an unhealthy amount of guns and killing in the first 10 minutes, which sets the tone for the rest of it. At 2 hours 30 mins - it’s long. I gave up after two hours and it already felt 30 mins too long! Gorranssons synth drones are inventive and effective, if relentless.

US biographical drama about alcoholic screenwriter Herman J. Mankiewicz and his writing of the screenplay for Citizen Kane. Now I must confess - I stuck with this. Unfortunately fell asleep 30 mins in. It really didn’t hold me. Hard work. The styling and art direction is gorgeous. And in black and white. What surprised me most was the pastiche big band jazz score. Not what you’d expect from Reznor & Ross.

I’m going to stick my neck out there. I’m not a big jazz fan. Too many notes and not all of them in the right order. However - I think this film is 100% gold. It has some of the most hilarious lines right from the start. The plot, more twists than a rattlesnake. I really wasn’t expecting it to go where it did. Best script, best screenplay - and definitely best music.

Oh, and it’s an animation too!

There are two scores here. Jon Batiste’s beautifully economical piano provides the musical ‘voice’ of our protagonist - a piano teacher who slogs away with unappreciative kids, yet dreams of playing professionally. As the story unfolds, in a truly unexpected way, It collides with Ross and Reznor’s abstract-post-Hollywood in the most creative way imaginable. Certainly took me by surprise! There are some breathtaking music sequences here. Including one where we go inside our heroes head, as he’s playing the piano, improvising. The audience (or viewer in my case) really gets the sense of how it feels when you improvise.

This must surely be the winner.