AD STARS 2020: How Shrinking Budgets Can Spark the Best Ideas

The measure of your creativity and effectiveness is how you tell your story, not how deep your wallet is, according to Hira Mohibullah 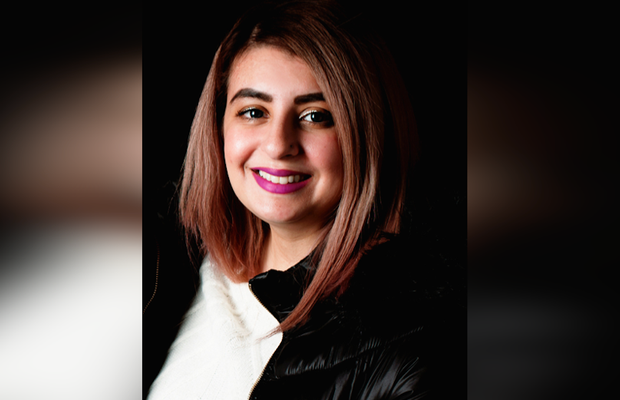 “If there’s an archetype or picture that advertising conjures, it’s Don Draper and his posse reeking of money and expense accounts. I’m here today to take the money out of the Mad Men,” said Hira Mohibullah, executive creative director at BBDO Pakistan in her online talk for AD STARS 2020, titled ‘Broke as hell? Get creative AF’.

Hira believes that shrinking client budgets can actually lead to fresh, explosive ideas. Her talk for AD STARS 2020 will inspire anyone who’s grappling with smaller marketing budgets in the Covid-19 era.

“When did I come to terms with this realisation? It began in college when I would get bogged down with an abundance of design options. My professor said: ‘If you can produce a good design within the given constraints, you’ve made it as a designer’.”

Hira learned that constraints are her friend: “Being an advertiser from a third world country, I’ve known constraints: hardly any clients are willing to dish up money for your out-of-the-box ideas. And during the pandemic, we have all experienced rock bottom.”

If your marketing budgets are shrinking, don’t panic – it’s at rock bottom that Hira often experiences a surge in creativity. As J.K. Rowling famously said: “Rock bottom became the solid foundation on which I rebuilt my life.”

To make up for limited budgets, Hira and her team come up with ideas they believe will spread organically on their own. “In brainstorming sessions, we ask ourselves: ‘If I had no money to put behind this idea, would it go big? Would it stir anything in the consumer? Does it have a strong insight? Is there an unchartered medium we can use to improve effectiveness?’”

She laid out five rules that will help other creatives to develop ideas that are strong enough to travel with zero media dollars behind them. Her talk also offers fascinating insights into Pakistan’s creative landscape, and reveals the breadth of social and cultural challenges that BBDO Pakistan is tackling through creative thinking.

Rule #1: Go in the opposite direction

When the Council of Islamic Ideology passed a bill to allow men to ‘lightly’ beat their wives, BBDO Pakistan did the opposite of what you might expect. It got Pakistani women to ask men to beat them – at what they’re good at.

The idea moved mountains, and was covered by media outlets around the globe. Ultimately, it contributed to the Pakistani Government’s decision to open the largest violence-against-women centre in South East Asia.

Rule #2: Use a disruptive call-to-action

Originally, UN Women were nervous to use ‘Beat me’ as the tagline. They preferred ‘Unbeatable’. BBDO stuck to its guns, convincing the client that ‘Beat me’ would stop people in their tracks.

To make a statement against child marriages for UN Women, BBDO pulled a provocative stunt at Pakistan’s Bridal Couture Week in a campaign called #BridalUniform. For the grand finale, a schoolgirl walked down the catwalk in a wedding dress inspired by a traditional Pakistani school uniform designed by bridal-wear designer, Ali Xeeshan. The idea generated one billion impressions without a dollar spent on media.

In 2019, BBDO launched another campaign for UN Women to stop dowry mongering by using an unusual medium: henna-painted hands. Dowry mongering is the practice in which a bride's family is coerced into paying the groom in material goods. If they fail to do so, thousands of brides are victimised through domestic violence, in some cases, leading to death through murder or suicide.

To raise awareness of the issue, BBDO invited women to decorate their hands with the message, ‘Stop dowry mongering’. The idea quickly began to spread especially when Pakistani influencers took up the cause. As a result, the Islamic Council released a statement declaring that forced dowries are un-Islamic.

Finally, Hira showcased a campaign called, ‘The Hot Tea Stain’, which raises awareness of child burns caused by drinking and boiling tea – a common pastime in Pakistan. The campaign features real child victims, and their burns are so shocking that the campaign ultimately helped to raise funds for 100 reconstructive surgeries for victims.

She ended her talk with a few inspiring words of wisdom, which are especially apt this year: “Even in your darkest moments, creativity will never leave your side. It is always your way out, and there is always solace in knowing that when you’re broke as hell, you can get creative AF."

- Hira Mohibullah spoke at AD STARS 2020, an online festival that premiered on 22- 23rd October. All talks are now available here to watch online for free.

MediaMonk’s Mariana Albuquerque: “Forget You Work in Advertising on Weekends”

The One Centre Announces All-New ONEtalks for 2021