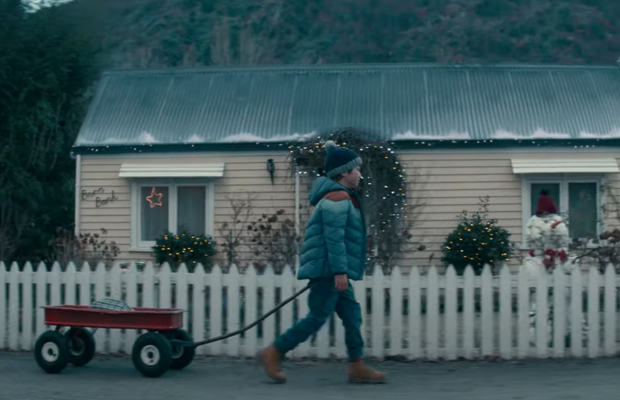 Michael Hill Jeweller celebrates the enduring joy of giving with the launch of its Christmas campaign in Australia, New Zealand and Canada, in collaboration with CHE Proximity.

The work is set to bring a touch of magic to the season and inspire the spirit of giving.

The campaign follows the selfless journey of a young boy, Archie, as he creates Christmas gifts that he’s handcrafted with love and care for all the special people in his life, from his next-door neighbour to his teacher, and the most important of all, his mum.

‘Make their Christmas’ is the first major campaign delivered by new CMO, Jo Feeney, since she joined Michael Hill in March.

It was shot in Queenstown by Noah Marshall in one of his first projects as founder of Larchmont, and features the much-loved music track, ‘Only You’ by Yazoo.

“The most meaningful gift is one that comes with thought, effort, time and love, and as humans we know that giving trumps receiving every time. At Michael Hill, marking the special moments in peoples’ lives is at the heart of what we do – there is a deliberate synergy between the care and craft in this ad and that which goes into creating a special piece of jewellery”, said Jo Feeney, global CMO of Michael Hill.

“The ability to create a true moment of human connection is what makes jewellery the ultimate gift,” said Cristian Staal, managing partner, creative at CHEP. “This kind of thoughtful giving is something we learn from a young age, but tend to forget with all the pressures of adulting. Archie’s loving attitude epitomises this.”

“The joy of giving at Christmas is captured beautifully” said Jo.

The campaign launches across all channels in Australia, New Zealand and Canada from October 14th.

Behind the Work: Handcrafting Christmas Joy with Michael Hill Jeweller