Rob from A-MNEMONIC Music shares his playlist for this month 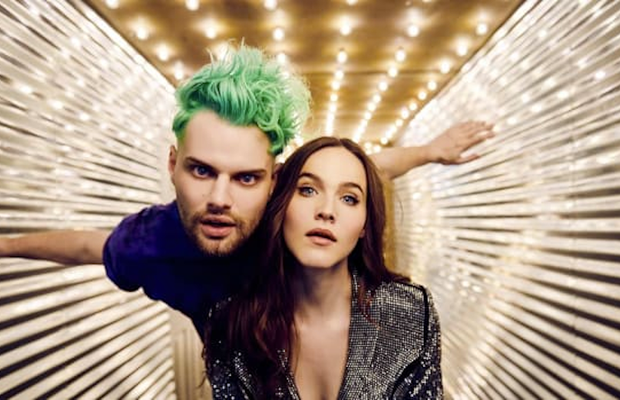 Rob at A-MNEMONIC Music bring some light into July with his summer playlist.

After a season of isolation, I’m back with an uplifting summer playlist, to blow the cobwebs away!

Since the coronavirus-imposed lockdown, German-American electro pop duo, Sofi Tukker have spent their time writing music and performing daily Livestream DJ sets from their Miami home. One of their performances included their 'unintentional iso anthem' House Arrest, a collaboration with Gorgon City. Despite the two groups being at distance and isolating from their respective homes, they were able to perform the song via the band’s Instagram, Facebook and Twitch channels.

“We couldn’t be more excited to put this into the world,” the group said in a press statement. “Just because we are under 'house arrest' doesn’t mean we can’t go to the club in our minds.”

Following the truly sublime slinky disco sounds of Zeus,multi-cultural Swiss quintet, Sirens of Lesbos are back with the brilliant new single How Many Miles.

It’s the second track from the act to take inspiration from The Fugees reworking some lyrics from How Many Mics and flipping it into a whole new vibe. It’s another classy cut that shows off their strong songwriting prowess, with plenty of groove in the trunk.

“The working title of the song was ‘ALF’ as the very first draft of the instrumental reminded us of the intro music of the famous 80’s sitcom. We actually listened to a lot of 70’s Soft Rock and 80’s Soul during the time that we wrote ‘How Many Miles’.” says Nabyla, while Arciadds: “Jasmina and I have been a couple for many years. And we’ve talked alot about the idea of travelling the world with our future children. These conversations have inspired the lyrics. But now, as travel restrictions due to the Covid-19 pandemic keep us all from leaving our hometowns and further political isolationism fragments the world, the song kinda takes on a new, larger meaning, I think.”

After hitting up the studio together more than a year ago, Rosalia and Travis Scott dropped their highly awaited collaboration TKN. Fusing Middle Eastern melodies with urban beats, the track is about a trustworthy and fierce leader. Scott brings his deep vocals to the tune, singing some lines in Spanish.

"I feel that now is the moment to release this song,after so many months of staying indoors, missing freedom, or being with people we love,” Rosalia said in a statement. “I hope 'TKN' gives you energy,makes you dance, and gives you strength if you’re going through difficult times. With all my love <3.”