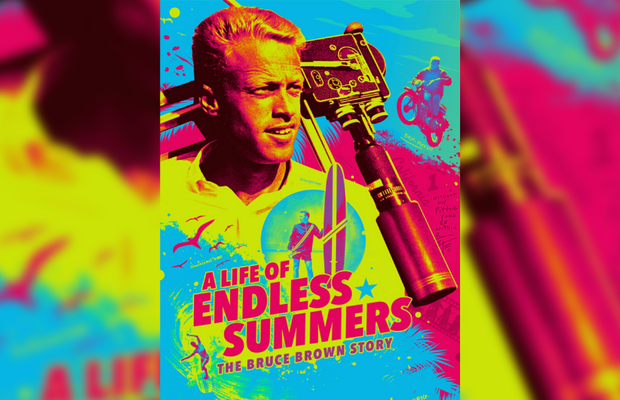 Summer is back and back with it is in-theater movie viewing and the in-theater screening of 'A Life of Endless Summers: The Bruce Brown Story'.

A Life of Endless Summers: The Bruce Brown Story is told by the one who knew Bruce best, his son, and filmmaker Dana Brown. Dana lends his storytelling prowess to a truly memorable and personal piece of work in the form of a penned love letter to his father. Dana started the project with his father as a long-overdue "road trip" they took together traveling up the west coast and Hawaii. The road trip turns into a rare, intimate look at the amazing life of his legendary father, Bruce Brown (The Endless Summer and On Any Sunday).

“The Film is a tribute to my father. Dad started the whole action sports film genre. He broke the mold; he broke the rules; he broke open the film category. There will never be another one like him,” said Dana Brown.

SCS founder and CEO James Schiefer along with SCS President Jeff Roach were executive producers on the film.

“After a year of closed theaters, we’re excited to see the film (Dana Brown’s A Life of Endless Summers) finally make it to the big screen in theaters this summer,” said Executive Producer and SCS Founder & CEO James Schiefer. “It’s a great film that honors Bruce Brown, the grandfather of action sports, who ultimately taught us about community, family, and a life well lived.”

Throughout this summer, the film will screen at:

Dana Brown will be on site for Q&As at La Paloma Theater in Encinitas on June 18th (both showings) and Laemmle Royal in West LA on June 21st.