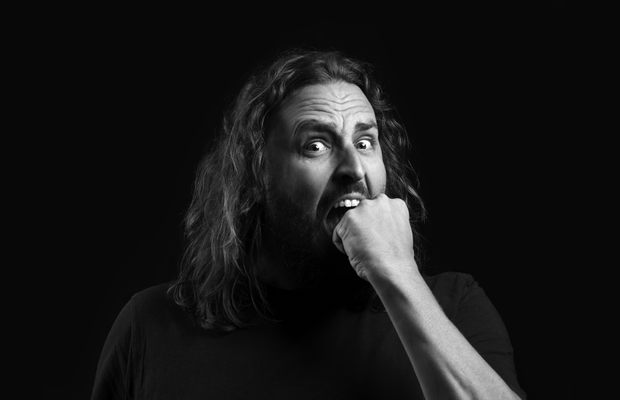 For Tian van den Heever a career that started off studying art direction at university has led him in many different directions, from magazine columnist to sailor. In 2009 he joined FCB Joburg as creative director and was, last year, announced as the company’s ECD.
He cites South Africa’s inability to ‘dumb down’ work as a clear indication why consumers are so willing to interact with campaigns, but also says that as brand FCB Joburg make sure diversity, inclusion and upliftment are present in all of their campaigns.
With this in mind LBB’s Natasha Patel speaks to Tian about how BLM protests have sparked a conversation in the company, how he felt getting back to business and his reflection on the changes over the past year.
LBB> Is the advertising industry something that caught your eye early on in life?
Tian> As far back as I can remember, I’ve loved photography, typography, visual puns, subverted language, logos, film and jingles. Advertising was an obvious conclusion. Luckily, the things that stoked my passion have evolved along with the shifting ad-scape.
LBB> If you were to summarise your career in 60 seconds what would you say?
Tian> Born, studied art direction, worked as a broadcast designer and cycling magazine columnist, pivoted to trans-Atlantic sailor and construction worker, pivoted back to art direction, woke up one day as a copywriter, hired as an associate creative director, started photographing cars, promoted to creative director, became a dad, took up directing commercials, promoted to executive creative director, became a dad again.
LBB> What is it about working on commercials that drew you in?
Tian> I love the whole process of making an actual thing that goes out into the world. It gives me a deep sense of well-being. And I know it’s just advertising, which is transient and unimportant in the bigger scheme of things, but I get a real kick out of creating work that affects people, even in a little way, and it makes all the effort a real joy.
LBB> How would you categorise the creative industry in South Africa?
Tian> The SA creative industry is small but prolific and explosive and chaotic, while still being incredibly sophisticated and self-aware. There’s a home-grown, DIY, make-a-plan attitude that’s smooshed together with a very global perspective and cutting-edge technology that makes for work that has a unique but internationally desirable flavour.
South African agencies and clients have always resisted dumbing-down work, and this has cultivated an appreciative and ad-savvy audience.
LBB> How do you get inside consumers’ minds?
Tian> Getting to know and understand our audiences is an on-going task, and we constantly invite new learnings and insight into our collective understanding through data, research, client and consumer feedback, listening, testing, tapping into institutional knowledge, being consumers ourselves and, of course, trial and error.
LBB> There are so many changes happening in the world right now that have been spurred on by the BLM movement - tell us about the conversations that are happening right now in relation to diversity and inclusion in the region?
Tian> Diversity, inclusion and upliftment are at the top of FCB Joburg’s agenda, and this is reflected in our work, as well as the people we work with. Although we’re a majority black owned and 30% black female owned company, we know we are only at the start of a transformative journey, but it’s one that we are all fully committed to.
LBB> How was it working on #ToyotaUnlocked? Did you feel nervous on a shoot again?
Tian> It was pretty weird emerging from isolation and heading out onto the deserted streets with my mask and essential services permit, and more than a little scary when the reality of PPE and temperature checks and the danger of close proximity to other people set in. But the uncharted waters became quickly familiar as we started working, and the joy of making and chatting and seeing friends’ faces (well, eyes) again quickly tamped down any lingering fears. Though we all stripped at our front doors and did a very deep cleanse when we got home.
LBB> Any parting thoughts?
Tian> 2020 has been brutal. It’s been super hard on everybody in so many different ways, which has really forced us all to look for the silver linings. The where, how and way in which we work is arguably much better, and I think this whole hot mess has galvanised all of our important relationships for the better. Including our relationships with our clients. The way we engaged with Toyota on the #ToyotaUnlocked campaign, from brief to dispatch, was so close and collaborative that the whole process was exciting and almost effortless. And in many ways that method and spirit of working has continued into the projects that have started since then, and that’s pretty awesome.