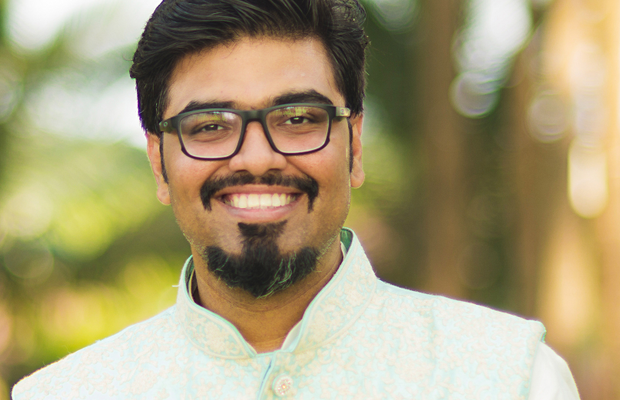 As someone who describes themselves as a ‘screen zombie’ in their youth, it’s perhaps no surprise that Hemant Shringy’s career took him down the path of advertising. Couple this with a childhood that was rich in film culture thanks to his parents’ love of cinema and it’s pretty obvious to see where his creative inspirations come from – though he wonders if his inspiration from Bollywood was less about storytelling and more about the experience of watching the film. Now Hemant is the CCO at BBDO India, a role he’s climbed up to after joining the agency in 2012.
During his time at BBDO he’s worked on campaigns to challenge Indian stereotypes, including ones for eBay and Ariel. Here he talks to LBB’s Natasha Patel about those campaigns, why Covid has made him more empathetic and how approaching conversations from a new viewpoint have shaped his thinking.

LBB> Tell us about your early days and growing up in India… was creativity always on the cards?

Hemant> In an otherwise normal childhood, I would like to highlight that I was ahead of my times. In that I was a screen-zombie much before the term came to being. Movies, shows, ads and even the white noise on the screen fascinated me.

LBB> There is a huge cultural scene with creativity and film in India, how much did this inspire you?

Hemant> Both my parents are absolute movie buffs. When my mum was pregnant with me, she spent most of her time watching movies. And when I was born, the hospital allowed only one person to stay with her at a time. My mum chose her mum and dad went to the movie hall across the road and saw the latest flick. And came back and narrated the whole movie to my mum, Bollywood dance steps included. And growing up, if we loved a movie, we would see it as many as 17 times in the theatres. We would make a deal with our parents – no popcorn, no sodas, just movies. I’m sure that must have subconsciously influenced me, but not in a ‘I wanna make films or be a storyteller when I grow up’ kinda way.

LBB> You studied Mass Media at university, was this to cement your path into the advertising industry?

Hemant> Like I said I never really knew I wanted to do advertising. But the year I completed high school, I enrolled myself for a degree in Mass Media. Why? Because that was the only course that didn’t have math. And if you asked, all my teachers would tell you I wasn’t made for math. And during that time we were asked to do a mid-term internship in an ad agency. And those two months got me hooked on the job. I knew this was it for me. Only now, I question it sometimes!

LBB> What advice did you receive when you were younger that has stood out to you?

Hemant> In my first job, long before the advent of social media, when I presented a creative to my first boss, he just said one thing, “Would you share it with your friends?”

LBB> Which creative individuals do you look up to?

Hemant> I am fairly full of myself so usually I am the one I look up to!
No but, seriously, working with Josy Paul just has me in awe of him. I had done my share of ‘creative’ ‘work before I joined BBDO, but working with him I have had a great time creating communication that matters. And not just purpose driven work for the heck of it. Adding even the tiniest of context makes the work so much more meaningful. Then I LOVE and WORSHIP Gulzar, the amazing lyricist, writer and director. I even have one of his songs tattooed on me. And there is another Indian director called Vishal Bhardwaj most popular for his adaptations of Shakespeare’s work. Every time I watch one of his movies, I wish I was a part of its making.

LBB> To what extent has Covid impacted the way you've been working as a creative?

Hemant> In some ways it’s impacted positively. The lockdown and work from home has given the kind of space that one never got before. It’s made me more aware, more empathetic, and hopefully more kind. And in some ways it’s been tough. I ache to be with my team members, just sliding a chair to the next table and fixing an issue in no time. I miss the meaningful inspirations out of the seemingly meaningless corridor conversations. And travel. Nothing more damaging than not being able to travel.

LBB> You worked on eBay’s #ThingsDon'tJudge campaign which was hailed for its tackling of stereotypes - tell us more about where the idea came from.

Hemant> An amazing ex-client and a dear friend Shivani Suri had recently moved to eBay and reached out and said she wants to do some disruptive work. And that was really exciting, because she always means what she says. The eBay work was the result of two very special things that we do at BBDO India. One is what we like to call the ‘Creative Therapy’ session. We come together as people, not as creatives, account managers, planners or admin and HR guys and pour our hearts out on the topic of conversation in the most human way possible. And the second was having a ‘point of view’ over the ‘point of differentiation’.
At the time every e-commerce player was screaming about having ‘a million products’ or ‘five million products’ or ’10 million products’. And we realised beyond a point they’re all just numbers. So in our session together, we first replaced the word ‘products’ with ‘things’ and had a conversation about what things meant to people or the power of things. And after sharing and hearing gut-wrenching to rib-tickling stories we landed on saying that we don’t just have 10 million products, but we have ’10 millions things that don’t judge’.

LBB> Ariel’s #ShareTheLoad was talked about for addressing the inequality that exists in Indian households with chores. What inspired this?

LBB> You like the joy of not knowing! What does this mean for you and how does it inspire your work?

Hemant> As a young creative person, I used to pride myself for knowing the answers. I used to gloat about coming up with ideas while being briefed. But that soon got boring. I now approach every conversation from a place of not knowing. It leads me to fresher newer places and I end up surprising myself.

Hemant> I think I may have taken more than five minutes.