The Frenzy CEO and executive producer on her roots in fashion, founding a production company aged 29 and the work that’s made her most proud over the years 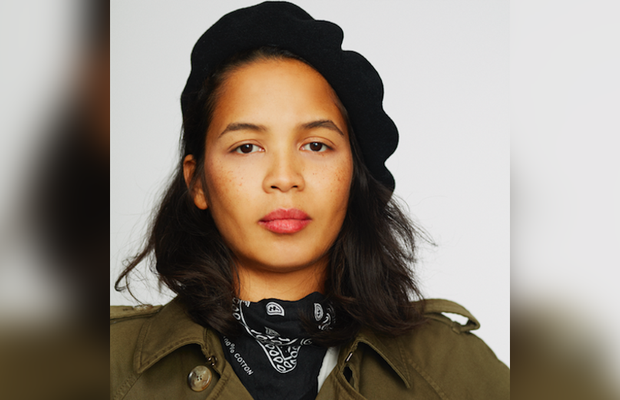 In 2009, Elsa Rakotoson founded Frenzy Paris and at 29 years old, became one of the youngest founders but also one of the few women at the head of an independent production company in the French market.
12 years on, Frenzy represents and continues to develop a roster of multidisciplinary talents, directors, photographers, art directors and digital natives from all over the world whose creative talents express themselves in the field of visual narrative, luxury and music videos. Talent scouts, creatives and production company at once, Frenzy’s foremost goal is to develop and create compelling ideas into inventive and visionary projects. And with talent across its extensive roster including Vellas, Kinopravda and Lisa Paclet, the company’s output is impressive to say the least.
Having just become a mother for the second time, Elsa is focused on the future in 2021. LBB’s Alex Reeves spoke to her about where Frenzy is heading, as well as the roots it grew from.

Elsa> This year is off to a great start!
Strangely, I feel a very positive energy, a certain form of resilience that’s pushing us all to act, to be in motion, and to reinvent ourselves.
The context isn’t easy of course, but it is favourable to change. Production is a challenging profession, and the health context has exacerbated our ability to be reactive and to anticipate.
The difference is that agencies and clients have been looking for team players, in addition to reactivity and flexibility, in order to minimize any form of health, social, penal, and financial risk. Trust and experience have been, and now are, more than ever, key elements to successfully completing a project in this context.
Relocating shoots was both fortuitous and necessary and we were forced to face our responsibilities (Frenzy is in the process of becoming an EcoProd).
When you want to, you can, but when you have to, strangely, you can do much more.

LBB> How has 2020 changed the way Frenzy works and what will you carry forward in a post-Covid world?

Elsa> Following up on what I said earlier, I would definitely like to continue promoting the French industry, both in terms of relocating shoots when possible but also to promote our French talent in particular. We are the parent company of half of our roster, and our international reputation is based as much on the representation of foreign talent on the French market, such as Vellas and Rubberband, as it is on the promotion of talents “made by Frenzy” abroad, such as Thibaut Grevet, Axel Morin, Lisa Paclet. And more recently Frank Ychou who directed the iPhone 11 campaign.

LBB> Where did you grow up? What were you like at an early age? Were there any signs of your potential in fashion, photography and filmmaking?

Elsa> I was born and raised in Paris. My parents and my family more generally have a scientific background, which wasn’t my case at all.
My mother got her doctorate in chemistry and then switched to computer science and my father worked in aeronautics... we're pretty far from advertising.
I spent my time drawing, and I started music early (piano), so I was pretty rebellious for most of my teenage years.
They finally agreed to let me do it when I was... 18 years old. I don't blame them at all, it forged my desire to go fast and my capacity to assume my choices, to set up my own projects, to break my back and keep coming back. They supported me and without that I wouldn’t have succeeded. It’s important not to always go against the current when you want to go far.

LBB> How did you get into the fashion and photography world? And what was that part of your life like?

Elsa> By luck. Well, sort of. I didn’t do the right studies, so I managed to do an internship in a network of bookstores specialized in imagery - books and magazines about photography, fashion, design, graphic design, that were distributed in most of the cultural institutions and artistic events in Paris, including Fashion Week.
I integrated another world, I had access to another network... of course I didn't realise it at all, but I was having a blast.

LBB> How did that life transition into a career in advertising and film production? What attracted you to it?

Elsa> I met my boyfriend at the time, who was older and already well established in the music industry. He suggested I produce a video.
I had never thought about it. I was thinking of going back to school to finally study something I liked (after going to business school - a compromise to get out of the science stream). I was dreaming of St Martins, Parson's, I had done a year working in fashion magazines in London and I also wanted to go to NYC.
In short, I listened to him and said to myself, why not? I didn't know anything about the business, he had a friend who helped me get an appointment at Bandits. I went in with a bit of cheek and laid out my deal: I have no experience, but I learn fast. You don't pay me for three months and if you’re happy you pay me x amount... It worked.

LBB> What motivated you to start Frenzy at 29?

Elsa> The truth is that I never dreamt of being an entrepreneur until I came to the realization that this was my thing.
The real story is that I started producing at 25 years old - music videos, TV commercials, online movies (nobody was interested at the time except an agency called Buzzman). In short, I was an alien, in a world of male producers, white and more or less over 40 years old.
All that is to say that I was young, but I already had significant experience
As for Frenzy, what motivated me? Hahaha... A messed-up love story, which pushed me to leave everything behind (my boyfriend, my apartment, France). When I came back, I wanted to rewrite everything, to reinvent everything and, especially, try new things. I figured that even if I failed, at least I would have learned! Yes, I had a back-up plan working in a good production company (Division, formerly Télécreateurs). I told them I was going to try out my company, and if that didn't work out in six months, I would come see them. I never went there. That was 12 years ago.
But all kidding aside, it's a matter of trust. If you have confidence, if you’re given confidence, nothing seems impossible.
So yes, being a woman of Malagasy origin and starting a business at 29 years old doesn't seem so strange today but 12 years ago I was the only one.
Unfortunately, today I think I'm still not all that far from being the only one... Things have to change, there have to be more examples. We need to give more confidence, and everyone should be able to say, "it's possible".

LBB> What have been the defining moments and projects for the company since then? And why were they so important?

Elsa> Ooh la la – it’s not easy to choose, especially after 10 years!
Lily Allen - Fuck You - The first project we did. It wouldn’t work today but the concept was a hit at the time. Lily Allen didn’t have a budget so production was voluntarily homemade and done on the cheap (and 30M views today…)
Daffy's with Johannes & Leonardo, in Frenzy’s first year and a D&AD.
Sexy Fingers – an online movie, lots of laughs and a Lion at Cannes, among others.
Adidas – There Will be Haters
Orange Bank launch film – Simply – the first film after my first pregnancy that really touched me
Apple iPhone10 - first film and photo Apple campaign in France for our director Axel Morin
Apple iPhone12 – The Sock - a nice little jewel directed by Frank Ychou
The Vita Nova, a multi-part opus at the Opera directed by Colin Solal Cardo
Ubisoft – Ghost Recon – directed by Vellas – huge production challenge and huge payoff
Médecins du Monde – Shut up Death! - all the awards Vellas won!
Rubberband - Don’t Go Tellin’ your Momma – a co-production with Smuggler, that’s making its way through the film festival circuit right now and which has already won a number of awards, including at Sundance this year.
LBB> What are your biggest priorities with the company right now?
Elsa> Promoting more diversity and inclusion through our roster, editorial choices and projects, including fiction.
Developing global identities and talents, from art directors, directors, and photographers to choreographers and more, and getting more involved in project conception. Reinforcing our global approach as a creative production house, with 360 skills that are able to support all these sorts of talents.
LBB> What keeps you inspired outside of work? Any hobbies or odd obsessions that feed your imagination?
Elsa> My family and second daughter (who chose to be born on January 1st to start the year off right!).
Playing the piano again. I bought myself a Steinway for my 40th birthday. My friends. And vaping weed since I quit smoking.

The Work That Made Me: Barbara Anastacio