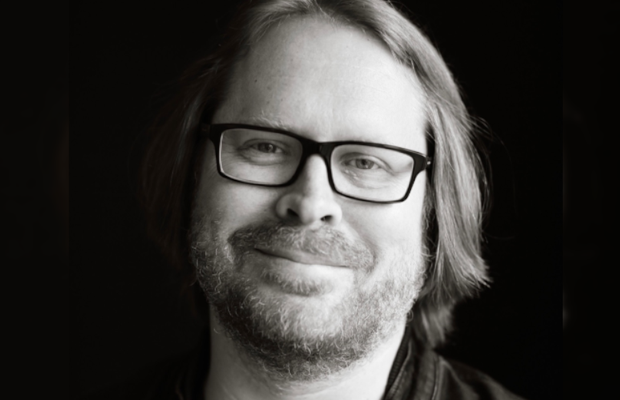 Regular readers of LBB will likely know of Damon Stapleton. And if you're part of the advertising scene in any of the markets he's worked in - or even further afield - you'll almost certainly know his work too. The chief creative officer at The Monkeys Aotearoa has had quite a career since he started out at TBWA\Hunt Lascaris in South Africa. He’s gone on to receive countless awards and accolades, and his work for the Trillion Dollar Bill campaign for The Zimbabwean and Penny the Pirate for OPSM is a permanent fixture in the British Museum. Damon is also an adept judge - this year he was on the jury of LBB’s The Immortal Awards where he used his expertise in the ANZ regional, APAC and global judging rounds.
LBB’s Natasha Patel was excited to catch up with Damon to pick his brain on why his childhood was like ‘living on a film set’, leaving DDB for The Monkeys and what creativity is to him.

LBB> Let's go back to your early years, where did you grow up and was creativity a part of your life?

Damon> I grew up all over the place. Mainly in Africa. My dad was a hotel manager so I went to about 16 schools in six countries. Looking back, I guess it was a strange upbringing. Never living in a house. But at the time it seemed normal and a bit like living on a film set with a vast array of new characters every day. Let’s just say there are many stories that happen in a hotel lobby.

LBB> I read that you attended film school and dropped out. Does this mean a lot of the skills you picked up along the way are self-taught?

Damon> Not entirely. I studied photography for three years and studied film amongst other things. I dropped out of film school because I was completely broke. I guess I was also trying to figure out what I wanted to do.
Being a creative when I was younger was an odd space. There was no clear path in South Africa to what that meant job wise. You had to try a lot of things and go down a lot of strange avenues to figure out what to do with this word ‘creative.’ So I did. And I think that gave me a whole lot of skills that you can’t really get in any other way. Looking back, it was a pretty unstable time in my life but now I see it with a lot of gratitude.

LBB> What were the biggest lessons from your early years?

Damon> One of my favourite quotes from Chuck Close is: “Inspiration is for amateurs. The rest of us just show up and do the work.” My early years taught me to show up. How to not be discouraged and keep going. How to make it on a shitty day. To do the work and enjoy the grind. I think that more than anything gives a creative longevity.

LBB> What prompted the move from TBWA\Hunt Lascaris in South Africa to Australia for Saatchi & Saatchi? And what were the key creative differences for you when making campaigns?

Damon> I had been with TBWA for almost 12 years and I was ECD of TBWA\Hunt Lascaris for six years. And then five of us (Raphael Basckin, Shelley Smoler, Nic Hulley and Nadja Losgott) did a campaign for The Zimbabwean Newspaper. It went on to win the Cannes Grand Prix, ADC Black Cube, D&AD Black Pencil and many others globally. It was pretty surreal to enjoy that kind of success all in the space of 12 months. We all got phone calls to go off into the world. I think for all of us it just felt like the right time. The end of a chapter.
Creatives are a tribe. There are not many differences coming up with campaigns in different parts of the world. We might be in different countries but we all speak the same language.

LBB> Speaking of, tell us more about the Trillion Dollar bill campaign.

Damon> I think if you are really lucky you have a couple of pieces of work that shape your career. The Zimbabwean for me was definitely one of them. It taught me so much. How you can make something out of nothing. The power of a simple idea. What really talented people are capable of doing. Why belief is important.
It is a piece of work that 10 years on I still think about. I was proud to be a part of it.

LBB> This year you started a new role at The Monkeys Aotearoa, what prompted this move especially as you'd been part of the DDB family for so long?

Damon> I loved my time with DDB. DDB Aotearoa is a great agency with great people. For me, this was about an opportunity I didn’t want to miss and maybe just getting that beautiful feeling of being uncomfortable again.

LBB> Which piece of work from your career are you most proud of and why?

Damon> I can’t choose one. There are many for very different reasons. What I am most proud of is the people that made that work with me and what I love are the adventures we went on to do it

LBB> You've certainly had a celebrated career! What does industry recognition mean to you?

Damon> Everybody likes to win and be recognised. You work hard in this business so it’s always nice to be celebrated. I guess as I get older though I am more impressed by a piece of work I keep thinking about long after I have seen it rather than how many awards it has won.

LBB> You've also judged plenty of awards including our Immortal Awards. What do you look for when judging work?

LBB> What advice do you give young creatives joining the industry now?

Damon> Nobody really knows anything. Do it your way.

Damon> My best definition is creativity is not a thing it is a way. I suppose that means it’s always there but it’s always changing.

LBB> Where does your creative inspiration/motivation come from?

Damon> Everywhere. Everything. Everybody.

LBB> Outside of work, who is Damon and how do you decompress?

Damon> I have a motorbike that lets me know when it’s time to go for a ride.