Imagination's content creative director on growing up surrounded by dressmaking patterns and oscilloscopes, progressing from animation to experience design, and the promises of the Metaverse and Web 3.0 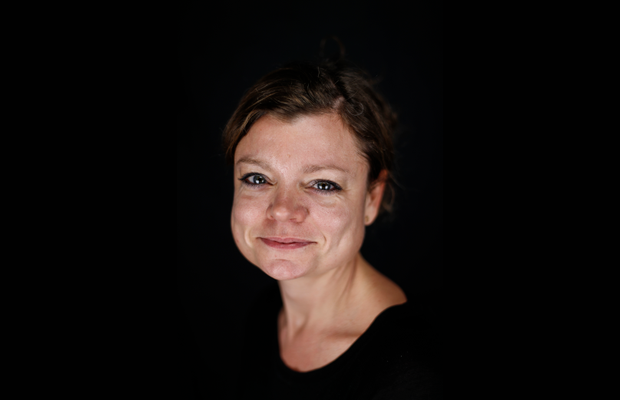 Cath Elliott has spent much of her career so far free-wheeling around industries from automotive to music, fashion and theatre. She is passionate about creating beautiful and engaging story-driven content, exploring the intersection of art, technology, architecture and experience design. Her talents span disciplines, from creative and art direction to design, animation, directing and a variety of moving image approaches.
In 2014, having freelanced with the independent experiential agency Imagination for some time, Cath became content creative director there.
LBB’s Alex Reeves caught up with her so she could tell her story.

LBB> Where did you grow up and what sort of kid were you?

Cath> I grew up in Swansea on the south coast of Wales, just a short drive from the very beautiful Gower Peninsular. I was a very creative kid, always drawing, writing stories, making things, playing the piano, probably driving my parents around the bend!

LBB> What first got you interested in design? And how did that interest flourish?

Cath> I knew from a very early age I was going to do something creative. I had a natural ability to draw and luckily grew up in a family that embraced that.
My mother does a lot of beautiful craftwork and my father is very technical and inventive. My grandmother, who had her own hairdressing business, was also a huge part of my life so I grew up surrounded by some very interesting characters and everything from dressmaking patterns to oscilloscopes - all of which are to blame for my diverse interests.
I guess you could say my interest in design has always been there. I was first and foremost into drawing which led me to study illustration and animation at Kingston University. It was (and still is) an incredible course, embracing many different forms of visual media - very Bauhaus at its core.
We were encouraged to learn through making, having the opportunity to experience everything from printmaking to metalwork, photography to animation. It was here that I learned about the importance of keeping a sketchbook, the daily discipline of drawing and recording ideas.
Moving image captivated me. Damian Gascoigne was the head of the course and he brought such a lot of insight from working in commercials through to his own tastes in experimental film which had a lasting impact on me. Seeing films from the likes of Len Lye, Hans Richter and Robert Breers to more contemporary filmmakers like Stuart Hilton and Jonathon Hodgson forced me to question what moving image could be. It didn’t have to be Disney. It could be expressive and non-figurative and that was an absolute light bulb moment for me.
Although I was nearing the end of my degree and felt like I was only just starting to make sense of what I had discovered, all these influences filtered into my own work at the time and I knew I’d found the right path to pursue.

LBB> After university you went on to do an MA in Animation at Royal College of Art. What was that experience like?

Cath> The RCA was a fantastic place to study. I was so lucky to have gone there straight after my BA as it allowed me an additional two years to really focus on making my work and finding my voice whilst deepening my knowledge and understanding of experimental film through the writing of my thesis.
I loved the cross-disciplinary nature of the college. Having access to other departments like the drawing studio or attending screenings in the evening was all encouraged. There was always something going on and it gave it an incredibly exciting feeling. Having the Royal College of Music over the road was also a gift. We got to collaborate with the Screen Composition course on our first and second-year films. In fact, I still work with the composer Tom Hodge, who I met there, to this day.
I had the support of tutors who understood the non-figurative approach to filmmaking. There were some incredibly knowledgeable people there such as the late Al Rees who had written extensively about the subject who I could just drop in and see. It was an environment that allowed me the space to develop and take my own practice seriously.

LBB> How did you first find your way to Imagination back in 2007? What attracted you then?

Cath> Initially, I was contacted by Imagination to discuss working on a project for Samsung. It was for a back-projected installation for their headquarters in Seoul which sounded really interesting from both a content and physical perspective, so I went in for a chat and agreed to take it on.
Over the course of that project, I quickly discovered that I had found a very unique place! This was 2007 and ‘experiential’ had already been a well-established term at Imagination for many years. There was an awful lot about this approach to work which resonated with me personally so there was no question that I wanted to be more involved with what was going on.

LBB> Having freelanced throughout the years at Imagination you joined permanently in 2014 and have now been there for nearly 7 years. What has endured about the agency and what is different?

Cath> It’s going to sound cliché but I think the enduring factors are the ideas and the incredible network of people that work with us to make them happen.
There’s a unique can-do spirit about Imagination which is a huge driving force behind every project and that certainly hasn’t changed in all the time I have worked here.

LBB> You've done a lot of experiential work over your career. What are the most exciting opportunities right now in that area, in your opinion?

Cath> I think the advancements we are seeing in virtual production techniques outside of Hollywood are very exciting.
It has started to open up huge content opportunities for our clients and it certainly disrupts the way we have had to work in the past - although arguably, the shift has gone from physical limitations to digital optimisation… a discussion for another time!
Personally, my eye is on the metaverse and I’m very much looking forward to seeing what’s going to happen in the coming years. Not only for brands but for the individual, for all of our lives. It’s a hugely exciting space as we move into Web 3.0.
Additionally, we’ve already seen the explosion of NFTs earlier this year with Beeple’s $69m Christie’s sale. NFTs pose some really interesting questions around sovereignty, provenance, digital rental, reselling and heritage as well as wider social and cultural identity questions. There is the sustainability issue too of course.

LBB> What recent work are you most proud of?

Cath> When the pandemic first hit last year, I was working on the launch of Ghost for Rolls-Royce. As you can imagine, it was a turbulent time for everyone.
Over the course of that initial period of lockdown, we were able to set up remotely and shift the launch from a physical experience to a digital broadcast.
It was a huge collaborative effort working with our clients to define the strategy, messaging and format of the broadcast, along with all the production arrangements to actually make it happen.
On the content side, we had been working on a bespoke CG film for the physical experience so the digital shift meant that we could rethink how this was used.
It was actually selected to be delivered as part of the tease campaign leading to the launch which was really fantastic for us.

LBB> Do you have any obsessions or unusual interests outside of work? Or anything that always inspires you?

Cath> Everything becomes an obsession if I let it. It’s the incurable inquisitiveness of having to know how things work…
Actually, I’ve just finished a ceramics course learning how to throw on the wheel. I’m not sure if that’s unusual but it was probably the most stressful thing I’ve ever tried to do! It looks so graceful when you watch someone else do it but I can assure you it is not that easy. Regardless, it’s been so enjoyable to do something new and physical after months and months of screen time.

How Brand Destinations Are Intoxicating the Drinks Industry

A Next-level Experience for Genesis at the Chengdu Auto Show