In light of a rise in anti-migrant rhetoric, the colourful campaign shares positive languages to workers in Britain 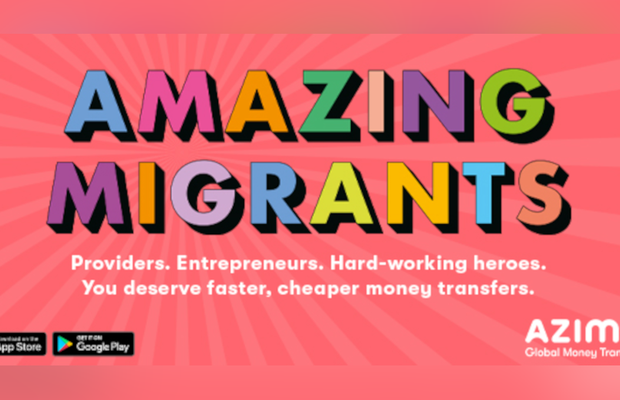 Azimo, the global digital money transfer service, has teamed up with 2050 London to celebrate the amazing contribution that migrant workers make to Britain.

In a rebuke to rising anti-migrant rhetoric, the campaign uses bold colours and positive language to honour the UK’s 3.7 million migrant workers. Azimo, which now has over two million customers, challenges banks and established money transfer players like Western Union. The service makes it faster and cheaper for hard-working migrants to send money home to their families.

Most money transfer brands focus on the person receiving the payment. In this campaign, Azimo and 2050 disrupt that narrative by focusing on the heroic efforts of the migrant workers sending the money. It’s another phase in a global campaign that’s been running for two years in ten markets.

A bold, colourful, optimistic art direction states the simple yet profound message ‘Amazing Migrants’, along with body copy that shows why they are amazing. 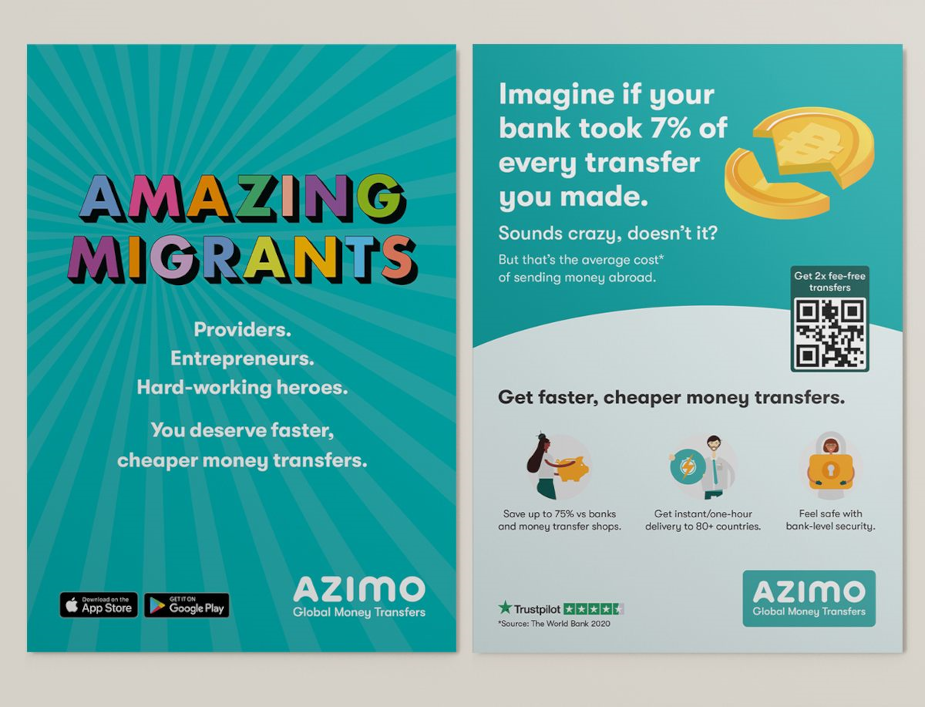 The campaign is running in OOH, print media and radio spots across the UK. The primary goal is to build Azimo’s brand recognition among migrant workers, and Filipinos in particular. 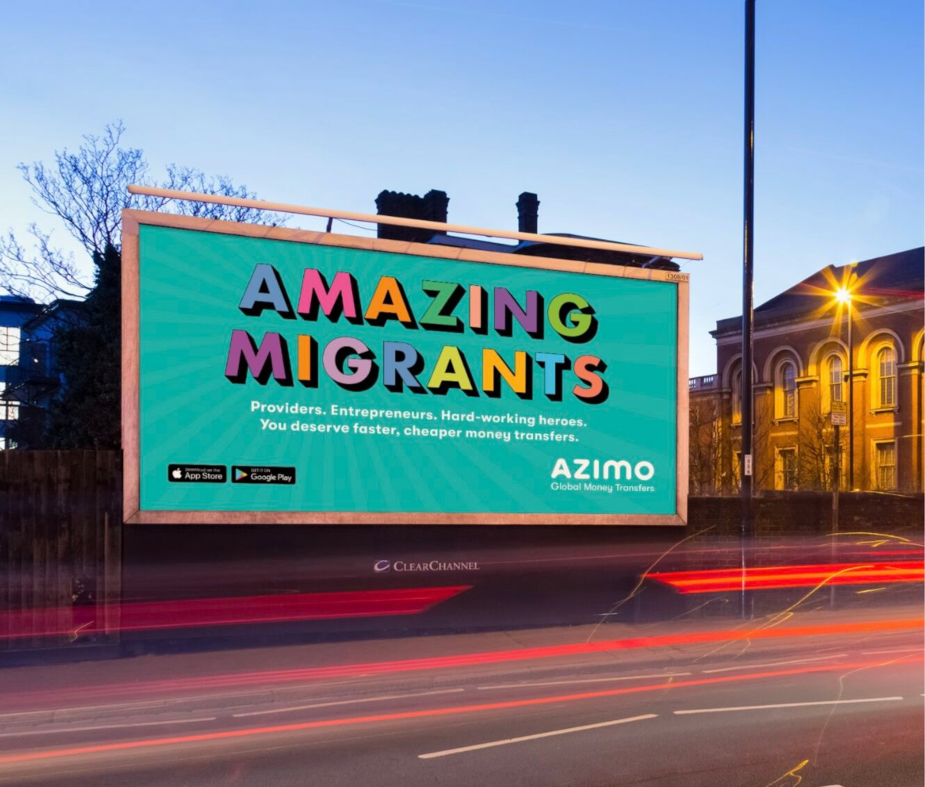 Mathew Saunby & Adam Chiappe, creative directors said: "Migrant workers, and Filipino NHS workers in particular, just helped the UK through its biggest peacetime crisis. Yet too often these communities face racism or xenophobia instead of appreciation. Our goal was to build a bright, optimistic tone of voice that celebrates their migrant identity and attracts them to the Azimo brand.

Adam Morrison, Founder and Director of 2050 said: “It’s great to see our founding client continue to invest in this hugely important message. It’s distinctive to them and powerfully relevant’’

Alex Walters, head of content, Azimo, said: “Imagine if your bank took 7% of every transfer you made. Sounds crazy, doesn’t it? But it’s a reality for hard-working migrants who send money home with banks and other old-fashioned providers. They deserve faster, cheaper money transfers and Azimo is here to support them.”

The campaign launches nationally from the 6th of September and will run for three months.

Working in Advertising Gives You a Super Power

How a New-Look LBB Is Helping Creativity Roar

After the Pandemic, It’s High Time to Revive the High Street