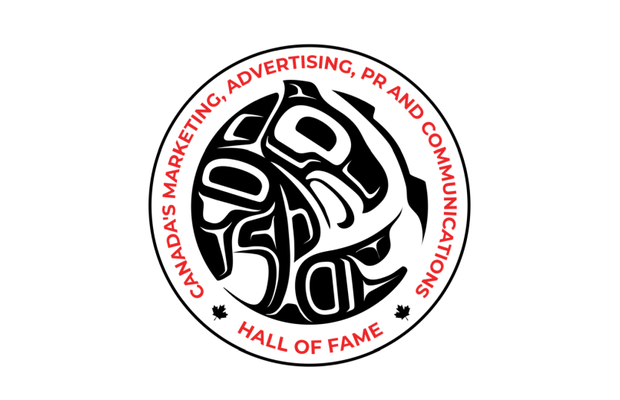 The search for the 2021 Canadian Marketing, Advertising, Communication and PR Hall of Fame inductees is complete.

The individuals on the final list have played a meaningful role in making Canadian contributions not only stand out but stand up in times of crisis.

2020 was a difficult year for the advertising industry. Tens of thousands of businesses across Canada were forced to shut their doors, cancel their events, and take on massive losses.

Yet, 2020 was also the year for community, collaboration, and action. These inducted leaders, alongside their teams, showed the world what it means to show up and make change. Their work took diversity and inclusion to the centre stage. They bolstered Canadian businesses when they needed it most. They built resources, took chances, and made innovative changes to the marketing landscape as a whole.

Beyond that, their career-long breakthroughs have paved the way for the industry we know today.

- Joshua Richards, Director of Creative Technology at john st., for his efforts in co-founding “People of Colour in Advertising and Marketing”

- Julian Franklin, President of Franklin Management Group, for his role as a founding member of “People of Colour in Advertising and Marketing”

- Cybele Negris, President, CEO & Founder of Webnames.ca, for her years of investment and service in the web industry.

- Nancy Marcus, Corporate Vice President of Marketing at Kruger Products, for her years of contributions and accomplishments in the CPG space.

- Frank Palmer, Chairman of Palmer Stamnes DDB and Elevator, for his years of leadership and contributions to the industry.

- Tony Chapman, Host of Chatter that Matters, for his Small Business Matters series as part of his Chatter That Matters podcast.

- Mitch Joel, Founder of Six Pixels Group, for his contributions to the marketing communications industry via his bestselling books, insightful blog and podcast.

- Ron Tite, Founder of Church + State, for his inspirational books and motivational talks.

- Taya Hawes-Puiu, Principal & CEO at Partners & Hawes, for her work and investment with young marketing talent entering the industry.

- Scott Knox, President & CEO, Institute of Communication Agencies, for his work in helping and supporting the marketing communications industry.

- Kevin Johnson, MediaCom Canada, for his leadership not only at the agency but also throughout the media industry as a whole.

- Wes Hall, Executive Chairman at the KSS Group of Companies, for his contributions as a leader in the business and communications space

- Ashley Freeborn, Founder and CEO of Smash + Tess, for growing the brand via partnerships with celebrities and influencers during a tumultuous time for the clothing retail sector.

- Karm Sumal, Co-founder and CEO of Daily Hive, for being a leader in the media space and one who has scaled his business amidst a difficult era for media.

- Ryan Reynolds, Actor, Film Producer, and Entrepreneur, for his role in helping brands generate awareness and buzz through their marketing efforts during a difficult first year of the pandemic.

- Shahrzad Rafati, Founder & CEO at BroadbandTV Corp, for her success both in and out of the content space.

- John Stackhouse, Senior Vice-President at RBC, for regularly sharing economic insights about how best to navigate the pandemic via social media

- Scott & Alison Stratten, Creators, Speakers, Authors, for their marketing consulting efforts and the knowledge they provide to their clients and the general public in various forms.

- Ryan Holmes, Chairman and Co-founder at Hootsuite, for establishing Hootsuite and allowing brands to manage their messages effectively across a variety of social media platforms.

- Steve Dotto, Host of Dotto Tech, Speaker, Creator, for his decades of helping marketers and communicators better understand technology and how to leverage it for their respective businesses.

- Sonia Carreno, President at IAB Canada,  for her efforts in bringing the Canadian marketing and advertising industry into the digital age.

- Douglas Coupland, Bestselling Novelist and Artist, for his artistic take on real-world activations.

- Malcolm Gladwell, Journalist, Author, and Public Speaker, for his immense contributions to the written word, inspirational messaging, and ongoing support for Canadian marketers.

- Keith Henry, President and CEO at Indigenous Tourism Association of Canada (ITAC),  for his excellent and heartfelt work as a communicator and leader in the tourism space.

- Matthew Chong, VP Strategic Client Management at Fifth Story, for his influential voice and leadership in the marketing community.