10 of the Best Ads from Publicis Groupe Russia 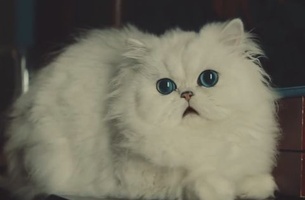 We present to you a trans-Siberian journey of some of the best advertising to come out of Publicis Russia, Leo Burnett Moscow and Saatchi & Saatchi Russia.

Strap in and enjoy.

Saatchi & Saatchi Russia teamed with Stink director Davide Gentile to create this thrilling spot for Russian bedroom furniture brand Askona. The film cheekily mixes the likes of horror and thriller films, with a pinch of David Lynch for good measure.

The Room - HP and Publicis Russia

A cheeky film for HP from Publicis Russia and director Ilya Aksenov. Make sure you stay for the unexpected (and hilarious) ending.

Jacobs Millicano is the most premium brand in the Jacobs product range. The brand name sounds very Italian, and it's well known Italians are great connoisseurs of good coffee. That’s why Saatchi & Saatchi Russia decide to link this campaign with Italy and choose famous dancing millionaire Gianluca Vacchi as its brand ambassador. The agency created a digital video and music video where Gianluca educates consumers about the product's benefits - and declares his love for Russian women.

Fans against all odds - FC Lokomotiv and Leo Burnett Moscow

As a part of the image campaign 'Steel together', launched in last September, FC 'Lokomotiv Moscow' and creative agency Leo Burnett Moscow created an unusual video to support the team. This video shows some of the most sincere and true fans.

Last year McDonald’s celebrated 27 years in Russia. When the first McDonald’s opened in Moscow it caused one of the longest lines in the city's history. Younger generations have no idea what this event meant for their parents. To help them experience it, Leo Burnett Moscow asked 27 people who were in that line and created ScanPoster – an interactive poster that reveals true stories using Facebook Messenger chatbots.

To launch Renault's new communication platform, Publicis Russia teamed with director Filipp Yuriev to tell a story about two brothers who aren't afraid of being apart, and a true off-roader Renault Duster, which isn't afraid of distances.

This film for Sberbank launched for 'Investor Day', which the bank held on December 14th in London. For the event, CEO of Sberbank Herman Gref and top management presented to the shareholders and investors the strategy of the bank's development up to 2020. The comedic video shows a typical investor's day - from the moment of making a decision to receiving dividends.

Every year, 4000 children in Russia are born with a rare untreatable disease epidermolysis bullosa. Their skin is so fragile that even a light touch can cause pain and damage. Citibank and Mastercard teamed with Publicis Russia to create a series of posters that accept donations without even being touched. Waving a bank card in front of a poster makes an instant donation of 100 roubles. During the first few weeks, the amount of funds for the charity increased by 144%.

The Castle - Magne B6 and Publicis Russia

Publicis Russia's TVC for medicine brand Magne B6 was created specifically for children to help them to cope with their emotions. Even if dad breaks that brick castle you had been building for days...

Leo Burnett Moscow tells a charming story of competition between a dad and son in this touching film for Hasbro Gaming.

The Power of One Approach: Advantages of the New Agency Business Model