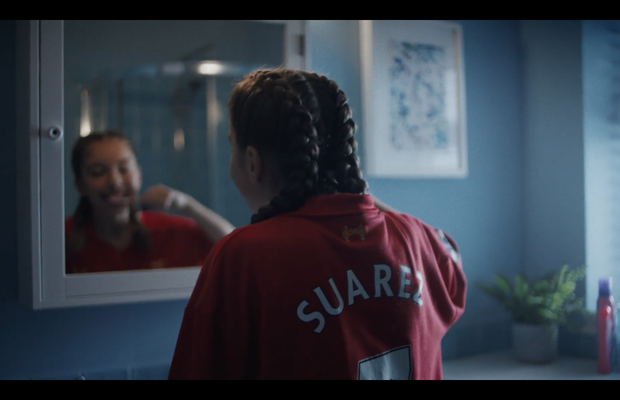 When you think of Liverpool FC, only one song comes to mind.

‘You’ll Never Walk Alone’ (originally written by and Rogers & Hammerstein made famous by Gerry & The Pacemakers) is so synonymous with the club that as soon as we received the script for ‘A Liverpool Story’, Wake the Town knew it had no choice – nor did it want one.

It is the tune proudly expelled from the lungs of every supporter, from the players on the bench to the devoted fans at the top of the stadium. It also perfectly reflects Standard Chartered Bank’s message to its customers, and to every person who has watched the rise and fall - and rise again - of this team.

We weren’t asked to create something, but we followed our instinct and commissioned a bespoke cover by the incredibly talented Astræa. We knew the vocal needed to be sung by a female voice, especially since the ad itself is centred around a young woman, and we knew the music needed to be a combination of delicate and dynamic to compliment the film. We wanted the track to sound as if it were coming from the main character and to grow as she grew with the team.

We love working with Astræa for many reasons, but most of all because she understands visuals like no other, marrying them effortlessly with her beautiful arrangements. Astræa is the only artist we could trust to deliver something truly special and give the track the authentic beauty that the film deserved.

Once the usage and publishing fee was approved by all parties, we decided to take this track further for the Client by releasing it as a single on the same day as the ad airing, with proceeds from the release going towards Futurestars, a charity dedicated to providing education through sports to children in West Africa. With the likelihood of Liverpool winning the Premier League, we felt this was a great way to tie everything together, potentially raising money for a great cause and giving Liverpool fans a rebooted anthem close to their hearts.