Teaming up the UNICEF, the spot shifts the perception of refugees with the true story of self taught musician Aboud Kaplo 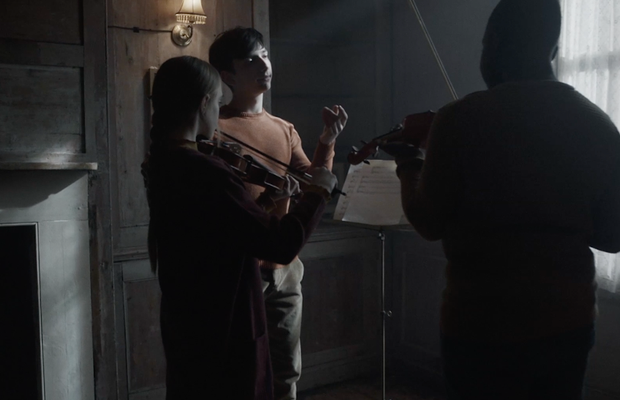 VaynerMedia London has created a new campaign for UNICEF that aims to shift public perception of migrant and refugee children from victims to capable partners.

The work, which launches on the 20th June – World Refugee Day – tells the true story of Aboud Kaplo, a young, self-taught musician and former refugee who realised his dream of becoming a concert violinist, even after being driven from his home during the war in Syria. Instead of focusing on Kaplo’s suffering and desperation, the campaign highlights his potential, which could so easily have been cut short had it not been for those willing to help him and his family. Among those who came to Kaplo’s aid were Susie Attwood, a British filmmaker who recognised and encouraged the young musician’s talent after a chance meeting in Lebanon.

In a departure from traditional fundraising tactics, the “Better Worlds” campaign steers the narrative away from distressing scenes, focusing the audience’s attention instead on the positivity, innovation, hope, and entrepreneurship that their donations can provide.

The campaign features a 90 second film, two 30 second cut down films and banners for use across multiple social media platforms (Facebook, YouTube, Instagram and Twitter). Following stages of the campaign, launching later in 2020, will help to bring UNICEF supporters even closer in partnership with migrant and refugee children through shared passions.

Codi Trigger, global campaign manager, Integrated Campaigns at UNICEF, said: “Our research shows that the most effective way to speak to audiences is through engaging, compelling narratives that both inform and empower them to take action. While we want to convey the devastation young people can face, we also need to show the astounding potential children have and how much they can give to society and their local communities when provided with the right support.

“We believe that showing the full reality of these children’s situations is critical to improving their lives – and indispensable to realising the rights of every child.”

Becky McOwen-Banks, executive creative director of VaynerMedia, added: “The opportunity on this World Refugee Day is to change the narrative around refugees from one of negativity to positivity – instead of focusing on what refugees take, focus on what they contribute.

“If recent events have taught us anything, it is that we are stronger together than divided. People from all walks of life, experiences and backgrounds make up our communities and bring different strengths to them. We wanted to show that this holds true no matter where you are in the world and that we can act as one, empathetic community.”

UNICEF: Together We Make Better Worlds

Huge Thanks to PANAVISION, PANALUX and Talent Talks