Lauren Brokenshire, creative at FCB New Zealand told LBB’s Zoe Antonov about her mischievous childhood, why being wrong is the right thing to do, and new found bravery in the industry 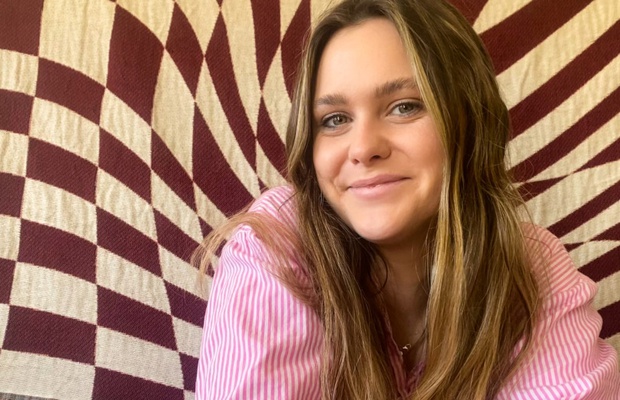 “A career that has something to do with persuasion” - this is how Lauren Brokenshire, creative at FCB New Zealand, would describe the expectations she and people around her had for her future job. A mischievous kid that always had something to argue about and was keen on pushing boundaries, Lauren was always looking for new ways to express herself.
“I originally wanted to be a suit, but my first creative partner at university convinced me otherwise - I would have been a terrible suit,” she admits. She then actively started pursuing jobs as a creative in the industry and ‘was blessed’ to get one quite quickly ‘thanks to some great people’ believing in her.
That wasn’t the only major revelation to shape Lauren’s career – she also says that a healthy dose of trial and error taught her that “being wrong is the right thing to do.” It means that you’re at least trying, of course. “It also means you have ideas and that you’re confident enough to throw them at a wall to see what sticks. Plus, every time you’re wrong, that’s an opportunity to learn, and you’ll start being wrong less often.” Lauren has taken the time and effort to really learn to sit with ‘being wrong’ - no doubt a useful skill in the industry.
After her degree in Communications at Auckland University of Technology, Lauren kicked off her career with an internship and then fulltime role as a junior copywriter at Colenso BBDO. In January 2021 she headed to FCB New Zealand. And throughout all of that, she’s taken that feet-first mentality with her.
If you never jump, you never fly. And however cheesy that sounds, here’s something cheesier - her first ever gig was at a cheese company! “It was a social campaign, we adopted a penguin, called him Colby and tracked him across some beaches. It was a little bit of smoke and mirrors...I wonder how he’s doing?” Another mascot she looks back fondly at is Puppo - the project that Lauren felt really changed her career. Writing for that campaign really made her realise “wow, I can really do this writing thing.”
Not only can she ‘do this writing thing’, but she can also inspire change. “I want to make a difference in people’s lives”, she says. “Problem solving through creativity can be so powerful, it feels like a waste not to genuinely help people using it.” However, as with any creative, there is always the seething fear that you’re running out of ideas! “Even though I know it’s irrational, it’s very real, and something I know all people in the industry can relate to,” admits Lauren.
When looking at the broader state of the industry, she gets excited about the fact that people seem to be getting braver. Harder topics are being not only touched upon but dissected and looked at through the lenses of culture, gender, race and many more. “Brands are also supporting movements more genuinely and are willing to be a bit more provocative to fight for what’s right. We still have a long way to go, but every step forward is great.”
Lauren does, however, admit that one thing the industry should be doing better is diversity. The ever-present issue of diversity, requiring multiple systematic changes to be made. “Getting into the industry, I had to rely on financial support from my parents as my take home pay was not enough to cover necessities. Those who don’t have that privilege can’t even consider advertising as a career. We’re cutting off a whole sector of our community that has different views, experiences, and stories to tell.” Instead, she believes that the industry should be focusing more on increased pay for internships, solidified standards for starting salaries and scholarships for students.
Proud to have lived through the re-immersion of New Zealand’s indigenous culture, she was able to learn and appreciate the Māori language and culture. “I don’t take it for granted. It makes me want to fight harder for those who have been or are oppressed due to different societal views past or present.” Keen to use her platform and voice for good, Lauren has always wanted her place in advertising to help society move forward in some positive way.
A creative through and through, Lauren does digital animation in her spare time. She experiments with styles quite a bit, but ultimately falls back into portraiture. Always aiming to stay inspired and provoke change, she has been brought up by her parents who built a business from the ground up. Although always thinking of mischief, she was also taught what hard work means and what success looks like. “I always wanted that for myself,” she admits. “Then, finding myself in a position where I can give minority groups a voice, makes me want to work even harder.” Ultimately, this is the main motivation behind her work - using her platform to its fullest potential.

Bossing It: Balancing Transparency and Carefulness with Lizette Santos