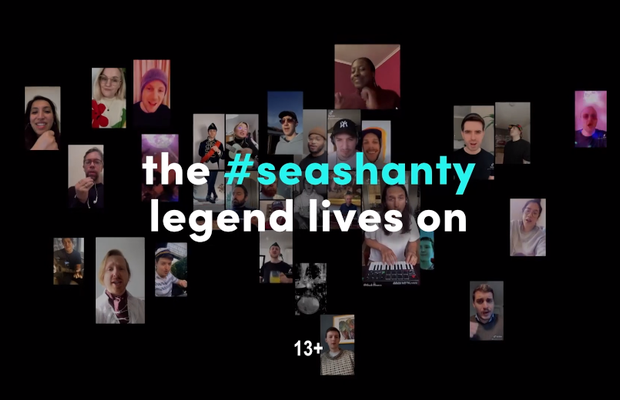 TikTok and VaynerMedia have unveiled its new #SeaShanty TV campaign to celebrate the platform’s community of creators. Inspired by a TikTok user’s rendition of a sea shanty, which went viral overnight and sparked an entire community of creators to join in and create the first major trend of 2021.

Scottish postman Nathan Evans’ could never have guessed that his TikTok video singing the famous sea shanty ‘The Wellerman’ would ignite the first viral trend of 2021. Since uploading the video, Nathan’s singing has been viewed over seven million times, with other users adding their personal touch by layering harmonies, instruments and beats on top - all made possible by TikTok’s unique duet feature - creating a digital musical masterpiece fit for modern audiences. The #SeaShanty trend has also seen music royalty getting involved, from Sir Andrew Lloyd Webber adding his world famous piano skills to the mix, to Gary Barlow showing off his boy band harmony skills. 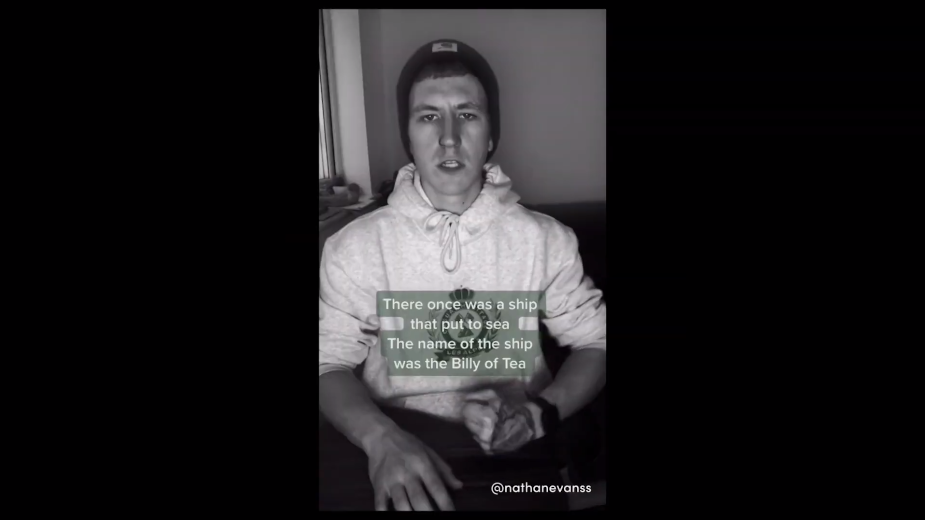 Inspired by the viral #SeaShanty trend, TikTok and VaynerMedia launched a new creative campaign on Saturday, to celebrate the platform’s community of creators, and as part of their commitment to nurture an environment where their talent, ideas and creativity can flourish, both on TikTok and beyond. The 30 second video is a video montage illustrating the evolution of the #SeaShanty trend triggered by Nathan Evans, highlighting the massive impact of the platform and its creators. The TV ad is being aired on Sky, ITV, Channel 4 and BT Sports.

“Who would have thought we would have started 2021 in the UK belting out sea shanties? This is the power of TikTok as it brings joy, entertainment and humour to millions. We’re humbled every day by our amazing community that is both creating and sharing these incredible moments, trends that are truly shaping culture. We love to celebrate our creators and the impact they have, and Nathan is no different. I’m so proud of the effort by TikTok’s incredible marketing team to turn around this creative ad campaign so quickly. Modern marketing needs to move at the speed of culture to be truly relevant, from trend to TV in this case, and that speed has enabled us to celebrate a truly magical moment that started on TikTok and has captured the UK’s imagination,” said James Rothwell, Head of Marketing in Europe for TikTok.

In its first TV ad for TikTok, VaynerMedia wants to spotlight the platform’s ability to inspire, but also encourage a greater volume, breadth and depth of content which can be sparked by the smallest and strangest cultural moments. The campaign epitomises Vayner’s approach to identifying what resonates in culture, and leaning in and investing to inspire further growth. The creative approach was to create a highly impactful video that viewers can relate to, through visual storytelling that highlights the platform’s users. Vayner’s consumer-centric method to advertising allows them to develop meaningful content befitting for modern audiences.

“VaynerMedia’s mission to 'build brands for the now' couldn’t be truer than in our relationship with TikTok. TikTok is the ultimate brand for now and #SeaShanty's amazing rise this week shows how TikTok really is creating culture. With ‘The Wellerman’ dominating everyone's conversation this week here we are four days later with a TV ad from a Scottish postman’s TikTok, and we’re so proud of it. This epitomises the new marketing model - built on cultural relevance: listen, learn and understand how consumers are really engaging with your brand in real life, then scale quick and scale big,” said Sarah Baumann, managing director for VaynerMedia London.

VaynerMedia was appointed to the TikTok account in September last year and has since collaborated on numerous projects that highlight the platform’s stronghold in modern culture.

VaynerMedia produced and launched the #SeaShanty TV ad within four days of briefing, demonstrating the agency's ability to move fast and tap into cultural zeitgeist.