Campaign developed by Ogilvy, Melbourne and directed by Mitch Kennedy from The Producers 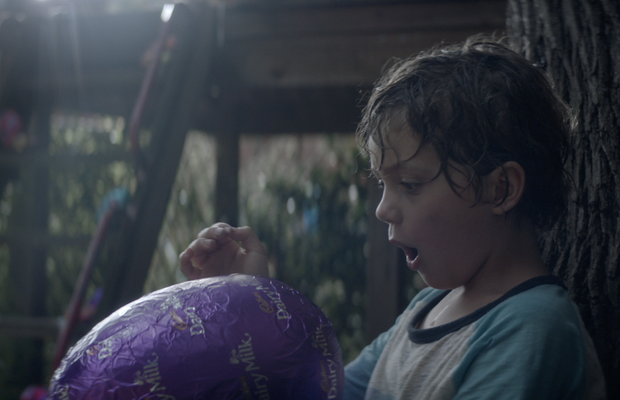 Cadbury has released an emotive new Easter brand campaign via Ogilvy Melbourne which continues to shine a light on people who surprise others with little acts of kindness that bring them closer together.

The new TVC, directed by Mitch Kennedy from The Producers, tells the story of a boy, sneaking out very early in the morning to the Easter egg hunt before anyone else in the house wakes up. He finds a generous Cadbury Dairy Milk Easter egg in the garden, high up in a tree, and tries everything he can to get his hands on it. His mum and twin sister are pleasantly surprised when they discover the young boy has managed to get the big egg, not for himself, but for his little sister who has a broken leg and can’t go outside Easter egg hunting.

It’s signed off with Cadbury’s ‘There’s a Glass and a Half in Everyone’ line, a reference to the brand’s historical recipe and the fact that there is kindness in every individual.

Says Anthony Ho, Equity Director, Mondelez: “In these trying times, Cadbury believes that now more than ever, there is a glass and a half of generosity and goodness in everyone. Our new film continues our drive to tell simple stories about generosity and human connection. Cadbury Dairy Milk’s Easter eggs have brought enjoyment to Australians for generations, and Easter is a time to continue to come together and look out for one another.”

In addition to the TVC work, the wider Easter campaign will include digital, social, a live 360 egg hunt on facebook, PR and POS.

Says David Ponce de Leon, executive creative director at Ogilvy Melbourne: “In a world that can seem a little bleak right now, the generous acts are still happening every day. And with many families forced into our homes, Easter is still a time we should look forward to. The new Cadbury Dairy Milk campaign is a celebration of the little moments that connect us. A very real, down to earth Australian story we are certain will resonate with consumers this Easter.”