The World of Production Navigates Covid-19 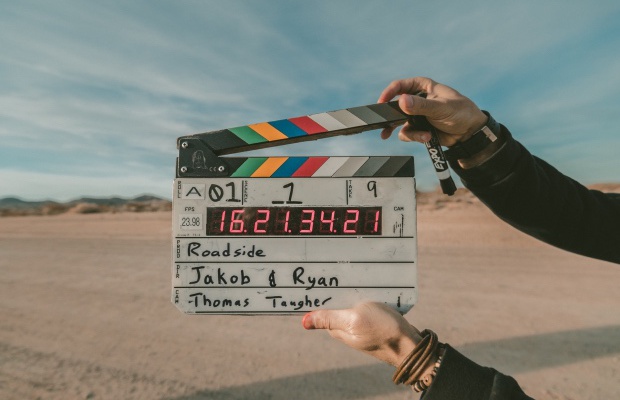 If a week is a long time in politics, then three days is a long time in the coronavirus pandemic. At the beginning of the week, we thought we’d run a story on best practice for running safe sets and productions, but as we spoke to people around the world it became clear that the situation is evolving so fast that ‘best practice’ is changing all the time. It’s also true that what is possible in some countries is not in others, due to the severity of the disease and local regulations.
But through our conversations it became clear that producers were also keen to find out what their peers in other markets are dealing with and what they’ve learned. We hope you find the below helpful, useful and inspiring – with the understanding that the situation is constantly evolving. Think of this as a sampling – and we’ll be talking to companies from more markets as the situation continues.
We’ve decided to focus on live action production as it’s the part of the whole advertising industry that’s at the sharp end of Covid-19 and we know that VFX and animation are more easily geared up for remote working. What we’ll find is production companies and production service companies finding solutions, practicing reinforced hygiene and safety measures – but also producers who are sensible about the severity of the disease and when it’s time to press pause or find alternatives.

In China, which was first hit by the virus, we saw the country go into lockdown. Thankfully new cases in the country seem to have slowed to a trickle – on Wednesday China reported no new cases. Across the industry, life and work are starting to go back to the regular daily rhythms, but when it comes to production and shoots, restrictions remain.
Maureen Sherrard is creative producer at Shanghai-based creative agency Goodstein. “For some in our industry, particularly digital agencies, things have returned to normal and jobs are coming in. Clients however have had to postpone (or cancel) many campaigns, especially the ones involving events and filming,” she says. “There are still restrictions when it comes to shooting in China specially if it involves travel.”
Indeed, for now many new cases that are popping up in China have come from people who have returned from heavily affected countries like Italy or Iran. So, at the beginning of the outbreak, foreign production associations were advising not to travel to China to shoot – but these days the risk could come from these same international production companies.
Elsewhere in the APAC region, it’s a mixed bag. We know of one shoot that’s going on in Malaysia and in Japan, the message from our contacts is that the country is open for business, though local agencies have restricted their international shoots. Indeed, bars and restaurants in Tokyo are still open and lively and people are travelling on the busy metro. Shoots are taking place, with safety precautions in place such as requiring crews to wear masks, to sanitise and ensure good ventilation.
In Australia, production companies we’ve spoken to have expressed worry but also a determination to find solutions. One production company told us, for example, that they’ve had to tell their roster of international directors that they can’t push them to local agencies for the time being due to travel restrictions. Shooting locally and with local talent and small, nimble crews is, for now, one way forward.

To round things up, everyone we spoke to showed remarkable fortitude and resilience while facing testing times. We thought it would be worth sharing some words of encouragement.
Andrew Levine at Stink
It’s bad now, and I’m sure there are a lot of people out there worried when their next job will be. I think I’d be lying if I didn’t say everyone is having the same thoughts… but we will get through this. I think we have to encourage clients to be brave. Keep developing scripts and ideas with agencies, work through the process of treating, bidding and planning with production companies, put schedules together based off the best information we have… make sure that the minute things ease we’re ready to go and projects can start pre-production. We need to work together to minimise the quiet period so the impacts on all of us are kept as manageable as possible.
Marie Owen, CEO, LS Productions
Life throws massive curve balls, and now more than ever is a time to focus on resilience and support. None of us know what’s really going to happen next. Yes, we can debate who is right and who is wrong, but really, we must all just slow down, check in on each other and make sure we are all doing OK. I am grateful to have such a brilliant team, all pulling together to make sure we get through this really tough time.
Shayne Brookstein, Philip Key and Beccy Kellond at Moonlighting
What is encouraging is the wonderful things we see around us. So much faith is restored in us as human beings. Issues that seemed insurmountable a week ago seem suddenly insignificant. The virus is a great leveller and we do have to believe it will pass. How much is destroyed in the interim will be a factor of just how much generosity each one of us can find in ourselves to make the world a little easier for others.
Sasha Bevka at Radioaktive
Guys, we here at Radioaktive wanted to tell you, that life is stronger than all the viruses in the world. What we need to do is support each other during these tough times, chat online, spend more time with our families, (production people lack it during their whole lives, don’t they?), read books, wash our hands and wait till it’s all over, because there will be a moment when we all will gather again and will hug and kiss each other again. So, it’s worth it to keep yourself safe and healthy.  Enjoy the snow day .
Carly Stone at Madam
Research the possibilities of remote production practices and how it could work not only for these difficult times but also for future sustainability and change. Keeping positive and use this time to enjoy all the great things about our industry.  Watch more, read more, engage more, write more, as worrying as it can be, the situation can’t be changed. Don’t fight it, innovate and see this time for growth in your learning, development and maybe find new ways to transfer your skills to a different format.
Patricia Lino at Production Portugal
It’s 2020, and technology and communications tools support us as never before. Working remotely is part of PSP’s DNA. We’ll work through this, ensuring a safe and smooth functioning of the company during this challenging time.
Rita El Hachem at Stoked
This shall also pass, and I hope when it does, the world will  be reborn more empathetic, sustainable and fair. Meanwhile on the bright side I am personally making up for all the time I spent away from my family, even home schooling isn’t too bad. Have this time for self-reflection, spending time with your families and rediscovering small simple pleasures.
Photo by Jakob Owens on Unsplash

‘We Are Not a Stereotype’: Creative Women Take a Stand on Gender Pay Gap Pandemic on IWD