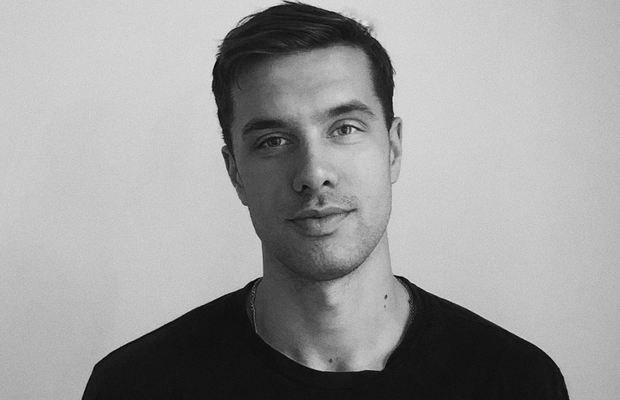 With a background as a DOP and doing it all by himself, Daniel Wårdh is broad in his craft as a director. His passion for music and fashion is evident in his work and he is always aiming for a modern and powerful, yet elegant result.
Moving into each project with an emotional approach, exploring new visual ideas and formats he has developed his own style.
Daniel has worked with clients such as H&M, IKEA, Vans and Telia to name a few.
Find out about him and his approach to filmmaking below.

Q> How do you approach creating a treatment for a spot?

Daniel> First off, I really take my time to understand the script and project. Figuring out how and where the agency sees it and if there’s room or need for me to challenge or add to the idea. Reading it over and over until I know it by heart, taking it for a run or two with good music just to see what thoughts pop up. Music is definitely a big inspiration and helps to see the film in front of me in an early stage.
When it comes to putting it down to words, these first thoughts are what I start off with in the treatment. I believe this makes it more personal and invites the reader into understanding my thought process before going into detail. Whenever I get writing anxiety I work on the layout or look for images. Still working on the treatment but in another way.

Q> If the script is for a brand that you're not familiar with/ don’t have a big affinity with or a market you're new to, how important is it for you to do research and understand that strategic and contextual side of the ad? If it’s important to you, how do you do it?

Daniel> I believe it’s very important to understand and have respect for the brand and market. Me as a director coming in for a two-month project whereas the client and agency might have worked with the concept or product for years. Even though it’s sometimes hard to accept, they usually know best - at least what's best for the brand. So therefore the process of us working together definitely benefits from me doing my research and understanding the strategic purpose and where they come from. Best way to do this I guess is to look at their previous campaigns, tonality and overall style. It might sometimes even give me some help in the creative process, how for me to elaborate further on the concept. My job is of course to challenge them too, which is easier if I know them better.

Q> For you, what is the most important working relationship for a director to have with another person in making an ad? And why?

Daniel> Besides the DOP who might be the obvious one, having a close working relationship with the producer is key when working on a project. Sometimes it’s easy to forget that a producer's job is creative too, and our work together reflects on the final outcome.
I need a producer as passionate about the project as I am, willing to take some risks and being a bit flexible with how to portion out the budget.

Q> What type of work are you most passionate about - is there a particular genre or subject matter or style you are most drawn to?

Daniel> Musically driven fashion and lifestyle films are probably the kind of projects I’m most passionate about, and maybe what I’m best at too. Films where the music builds and follows the edit closely. Right now I’m into the brighter and more playful style of imagery with fun and creative transitions.

Q> What misconception about you or your work do you most often encounter and why is it wrong?

Daniel> I feel like my lifestyle ”cool Gen-Z” portfolio sometimes might be in the way of getting more serious fashion and beauty stuff. Something I really want to do more of. Since there are way more rules to that genre I feel like that type of client gets scared when seeing my other stuff.

Q> What’s the craziest problem you’ve come across in the course of a production – and how did you solve it?

Daniel> A couple of years ago we got a job for one of the biggest burger franchises in Sweden.
The film was supposed to be about different characters trying out new burgers while listening to different sounds that were supposed to enhance the taste. Since we wanted to get as honest reactions as possible, we did not want to tell the cast too much beforehand. Ready to shoot and everyone by the monitor in the other room, the first girl to try the burger suddenly told us that she was vegan and that she never got told what she was gonna eat.
The producer got super embarrassed, since we had apparently cast a vegan girl for a burger commercial. We all got quite anxious about what our client would say, waiting for the first shot. However, when the producer was just about to go and tell the client about his little mistake, the vegan girl ran up to him and told him that it was OK. At least if she could spit the burger out immediately after each shot. So in the end, all the client in the monitor room saw was her eating, while smiling to the camera. What they never saw was how she spat out the chewed meat after each shot, and how her fake smile turned into a disgusted face when we turned the camera away to the side.

Q> How do you strike the balance between being open/collaborative with the agency and brand client while also protecting the idea?

Daniel> That is a tricky balance for sure. I can have full respect for the client’s or agency’s ideas and feedback since they know their brand and market better than I do. But at the same time they’ve chosen me to do the job, part of which is to challenge them.
I try to be as clear as possible from the very beginning what and where I want to go with the project, it all comes down to understanding each other.
Sometimes when explaining why something is better isn’t enough, showing them an alternative take or edit might actually do. I have had director’s cuts ending up the final version.

Q> What are your thoughts on opening up the production world to a more diverse pool of talent? Are you open to mentoring and apprenticeships on set?

Q> How do you feel the pandemic is going to influence the way you work into the longer term? Have you picked up new habits that you feel will stick around for a long time?

Daniel> One thing that has helped me in getting where I am today is not being afraid to reach out. If I have an idea for a project, a brand or person that I wanna work with I just send an email. The worst thing that could happen is not getting one back.
During this year I’ve had Skype calls with people from all over the world, talking with new reps and brands. So that is something I definitely will keep doing more.
Also remote shoots aren’t bad at all. Last week I did a shoot in Sweden with a Chinese company for the Indian market. Thinking about how well that actually worked, just imagine where it will be in a couple of years.

Q> Your work is now presented in so many different formats - to what extent do you keep each in mind while you're working (and, equally, to what degree is it possible to do so)?

Daniel> There’s always a main edit of course, but keeping the cut downs in mind isn’t that hard. What I do find frustrating is when a shoot gets held up by shooting stuff for Instagram stories, I mean what is that worth if we do not get the whole main film?
I can also appreciate the 9:16 format more and more, since we are so used to seeing films in that form. The short social media format can be really cool sometimes too since you need to be so quick to grab the viewer's attention.

Q> What’s your relationship with new technology and, if at all, how do you incorporate future-facing tech into your work?

Daniel> The new technology I find useful is all the smaller camera options we have nowadays. It definitely helps when playing around with fun angles and transitions. I think we are gonna see a lot of more FPV drones in the future too.
Also just having everything in your phone at all times. Everything from a director's viewfinder app to giving feedback to a colourist through frame.io makes my job way easier.

Q> Which pieces of work do you feel really show off what you do best – and why?

Daniel> Visual, musically driven lifestyle sometimes with a fun transition here and there :)