DadBod Films director Craig on exciting scripts, the RAF and the fear of new technology 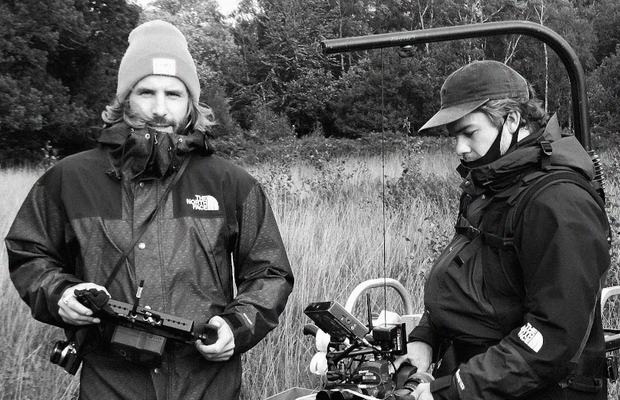 I do find myself getting quite excited about every script that falls on to my lap if I’m being honest. I think people in the industry can fall into a trap of pigeon holing themselves into a certain field and not being open to approaching a certain type of script. For me its all about the approach no matter what the script, finding a way to make it your own. But I generally find I connect to scripts with a human story, subtleties and an emotional pull.

Go for a run. I get home, spit all my thoughts and ideas out in pages. I write down everything I’m thinking, feeling, seeing, hearing in my head. It’s usually an overall tone which comes first and then I can break things apart and find my approach.

For me the two most important relationships is with the producer and DP. I always work extremely closely with my producer, my relationship with him/her is as close as any friend. It’s important to be open, vulnerable and share the same passion and excitement for the project. Coming from a photography background it’s been a journey in itself finding DP’s who can connect with me visually. Again, the relationships I have with DP’s go further than just on set. I have a close social relationship with them so that on set we understand one another visually and emotionally.

A lot of my work is connected to the RAF. This can sometimes put me in a certain category and people look at the work as more of a high action piece…but actually the projects are built upon real performances and personality. I think this is why it's important to know your tone of voice, understand what it is you are bringing to the table as a director.

The craziest problem I have come across is probably trying to orchestrate 6 quad bikers and 7 regiment gunners to fall back and load into a grounded Chinook helicopter, especially when you’re burning £8500 worth of fuel in an hour. You have to plan and work efficiently.

I approach all my jobs in an open and collaborative way, its by far the best way to embark on any project. That being said its important to not forget why you have been brought in on the project, to have a strong voice, to trust yourself, support your vision and back up your approach with a solid reasoning.

I feel that the pandemic has definitely opened the doors to new ways of thinking and approaching scripts. I haven’t picked up new habits, I think if anything its allowed me to step out of the commercial world and focus on my own shorts. I think and stand by the importance of making your own passion projects. It gives a true reflection of you as an artist. Pandemic or no pandemic…make new work.

New technology scares the hell out of me. But what is exciting is seeing new talent come through expressing their visions through different mediums. I personally like to keep things simple with in my own work through in camera performances, but by running my own production company it’s allowed me to work with new artists in bringing  their visions to life.

Which pieces of work do you feel really show off what you do best – and why?

I feel like these four pieces of work show a wide range of different approaches but all hold my tone of voice. I always try to bring a heightened sense of awareness to every project I do, sound has a big part to play in everything I write. Im aware that people will probably only watch each piece once so creating something that bleeds a sense of intrigue is something I try to carry in all my work.