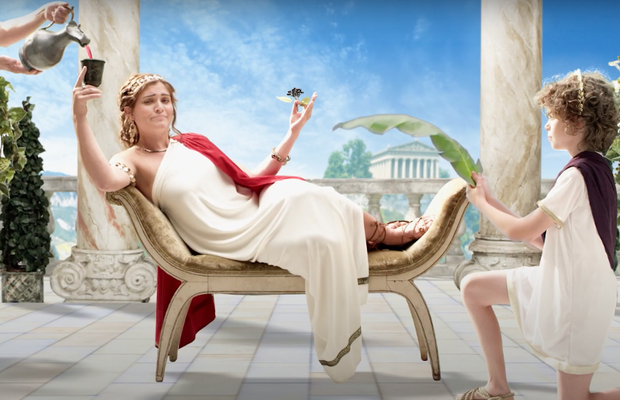 Advertising agency Humanaut has created its first work for Sambucol, the first brand to emerge selling products that contain Black Elderberry, which research suggests supports immunity. The series of fun spots takes a trip through the ages to show how natural products that were once perceived as magical, mysterious potions were eventually proven to have medicinal properties and communicate that the company’s Black Elderberry supplements offer immune support.
For centuries, the Black Elderberry has held the secret to mankind’s immunity, the audience is told as the 60-second hero ad opens. The scene? Ancient Rome.
“I make mine into wine,” a chaise-reclining maiden snaps about Black Elderberry. In a medieval village, peasants take advantage of this quality by adding the antioxidants to desserts and tonics. Next stop? Pre-enlightenment. Throughout the spot, the actors break the fourth wall, and here, the actress mentions that Black Elderberry must work by magic. After all, science has yet to be invented. However, as the years advance, an archeologist character explains how.
“Turns out, it wasn’t magic. It was antioxidants - and a lot of them,” he says, “so they bottled it up into some of the most powerful nature-made, science-perfected immunity-boosting stuff on Earth and called it Sambucol.” 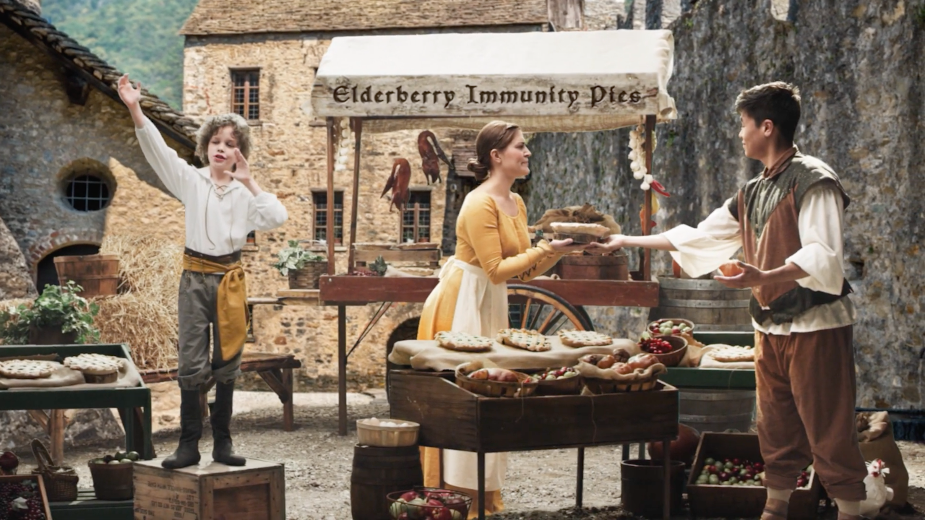 Along with the 60-second, there are 30- and 15-second executions and assets (static and GIFs) for Facebook and Instagram.
Sambucol is a dietary supplement that is marketed in the U.S. as an immune-support product. For most of its life, the brand was a niche product in the cough and cold category, and most marketing efforts went toward growing awareness of black elderberry, then capitalising on brand distribution, and finally gaining brand recognition to funnel into sales. It retails at all major drug stores, most food and grocery, Walmart, Target, Costco, and many independent health food stores. 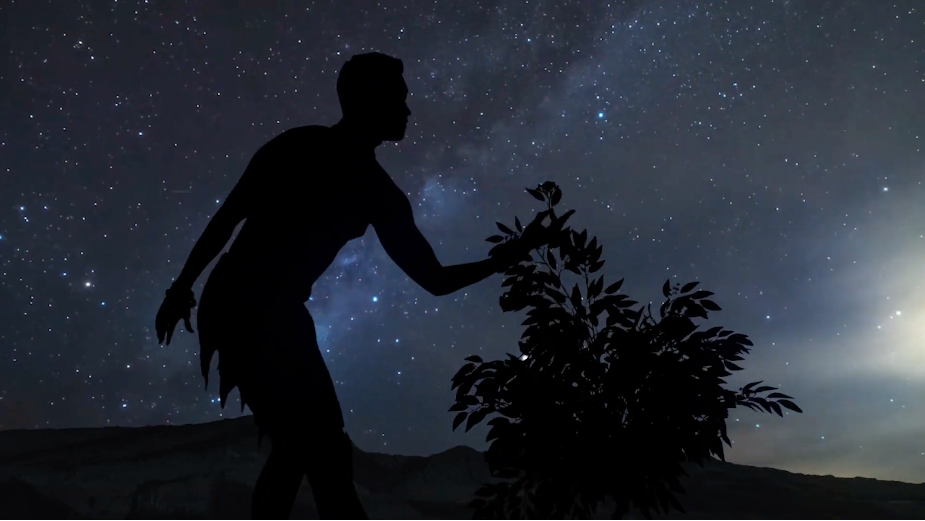 “Ultimately we were challenging ourselves with making this whimsical, weird immunity berry history world feel much larger and expansive than we had budget for, quite frankly,” said Bethany Maxfield, associate creative director at Humanaut. “We knew we wanted all of these awesome historical, but somewhat fantastical, scenes to unfold, as well as a style of linear camera movements that emphasised the story. What we ended up creating, and the techniques that we employed, were a true melding of creative minds and took many hands to make!”