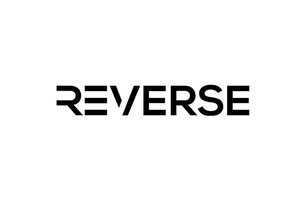 Bicoastal commercial production company REVERSE has signed independent reps Tracy Fetterman of T-Reps and Jeanie DiMaggio of DiMaggio Representation for West Coast representation. The two will work closely with REVERSE founder/EP Thibaut Estellon. REVERSE, which has locations in Los Angeles and New York City, maintains a roster of directors that includes Johan Stahl, Romain Quirot, Matthieu Mantovani, Antoine Pai, Bradley Tangonan, Matt Grimard, Kim Jacobsen, Julien Rocher, Camille De Galbert, and Pepe Lansky. Recent agency clients include Team One, VMLY&R, mcgarrybowen Chicago, and Garage Team Mazda.
Fetterman and DiMaggio have more than 30 years of combined experience representing top-tier talent in the commercial industry. Prior to launching T-Reps, Fetterman was an in-house rep at Partizan. She has worked with top industry talent, such as Michel Gondry, Traktor, Hiro Murai, Bruno Aveillan, and Michael Gracey. DiMaggio was previously an in-house rep at Hungry Man before launching DiMaggio Representation to represent live-action, editorial, and animation companies for commercials and branded content. Her notable talent list includes the likes of directors Bryan Buckley, Jim Jenkins, David O. Russell, and Jean-Pierre Jeunet.
“Thibaut Estellon has curated a varied roster of directors that enables REVERSE to skillfully execute whatever the creative demands a project may require,” says Fetterman. “He understands how to be a competitive problem-solver for clients and brands – without compromising their creative vision.”
“Thibaut has a keen eye for talent and a natural knack for knowing what works in our market,” adds DiMaggio. “We’re impressed by what he’s built and are looking forward to being a part of the team that contributes to REVERSE’s growth!”