According to Börjesson, REVERSE's extensive car commercials experience was also a big factor in joining the company 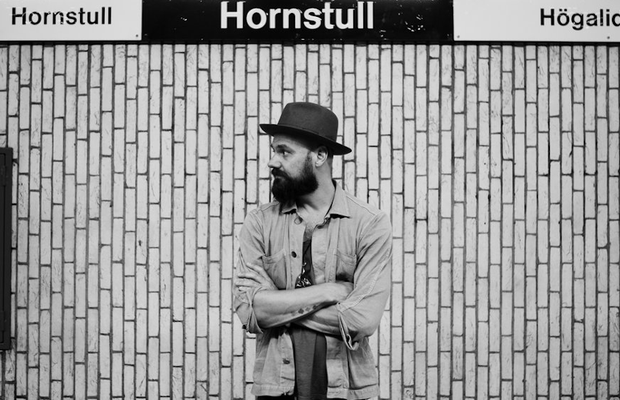 Commercial production company REVERSE has signed Swedish director Daniel Börjesson for U.S. representation. Börjesson is an accomplished commercial director who has shot campaigns for BMW, Volvo, Porsche, Mazda, and SAS, to name a few. With an eye for framing subtle and relatable moments of real people, a distinct emotion and edge illuminate across his work, from lifestyle to automotive campaigns. Börjesson is also hailed for his opus of documentaries and music videos, collaborating with artists like Kylie Minogue, Axwell, and Giorgio Moroder.
“I've always admired the delicate blend of real emotions and striking visuals that Daniel brings to his work,” says Thibaut Estellon, founder and executive producer at REVERSE. “There is something beautifully palpable that surfaces from it. You can't always put your finger on it, but you can definitely feel it. It's a rare ability – and no more apparent than in his work as a car and lifestyle director. He's also a talented editor in his own right, with a ton of VFX and production experience under his belt to help our clients meet today's production challenges.”
"REVERSE is an anomaly in its ability to achieve cinematic, tentpole productions while still having a boutique feel as a company,” adds Börjesson. “A production partner who can strike that balance means everything to me, and REVERSE does it with a modern, pragmatic approach. Due to its high visual storytelling aesthetics, I’ve been drawn to the car genre from the day I started directing TV commercials. As someone who directs a lot of automotive work, it was crucial to have a US-based production partner who understands the genre and how to elevate it, which was apparent in their recent campaign for Lexus. It's a skill of its own.”
Börjesson's penchant for directing cinematic, story-driven car spots stems from his background directing music videos from the early days. No matter what genre or medium he is working in, Börjesson says he keeps a red thread, emotionally and visually, throughout his work. At the same time, he keeps an open, collaborative spirit, letting his visual style evolve based on the needs of each project and the client.
Börjesson caught the directing bug while attending film school in Los Angeles. After working his way up the film industry ranks as an assistant director and assistant editor, he returned to Sweden to work as a commercial and music video producer. This experience prepared Börjesson to be the director he is today – a visual storyteller who puts the concept and idea first, with the big-picture know-how to execute campaigns efficiently for his clients.
"My wide-ranging experience enables me to understand all facets of the creative process", concludes Börjesson. "I always strive to bring something unexpected to the creative with every job – all in the spirit of helping brands stand out more."