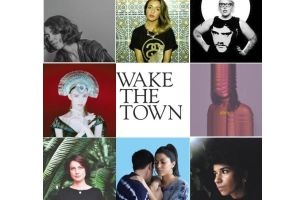 Aside from the true pioneers and rebels such as Daphne Oram, Delia Derbyshire, Laurie Anderson and Suzanne Chiani, the electronic music scene, and electronic production in particular, is known for being almost exclusively male. And this is not a fact of a bygone era, or exclusive to just this genre. As Vice’s Thump discovered, on average 17% of music festival headliners are female (2016), and the Performance Royalties Society statistics show that only 16% of their writer membership are women.

But recently there has been a noticeable shift. The industry is waking up to the bedroom talent just waiting to be discovered, and the next generation of female producers now have incredible role models that are more and more visible in popular culture. Brands are supporting this push, such as Smirnoff who have pledged to double the amount of female headliners, with The Black Madonna (DJ/Producer) as their ambassador. And in the youngest age bracket of PRS writer membership, the percentage is substantially higher at 36% female; a super exciting glimpse into our future.

So to celebrate this ever increasing pool of talent, we’ve compiled a playlist of mostly new but also legendary electronic producers for your listening pleasure. It includes Kelly Lee Owens, who combines techno, krautrock and ethereal vocals to create a totally new sound; ABRA, the producer who made beats in her bedroom that earned millions of plays on Soundcloud; Throwing Shade, the human rights lawyer and producer, DJ, NTS show host and singer, and Crystal Caines, the East Coast hip hop producer who produced, featured on and mixed A$AP Ferg’s album ‘Trap Lord’.

This is just a handful of the producers we already know; we’re always on the hunt and we’re hyped to be championing fresh female talent. Here come the girls.