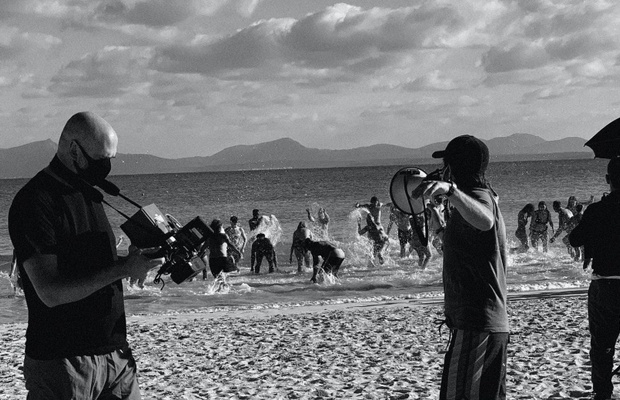 Pulse Films has today announced the signing of director Sam Walker to its Commercials roster for global representation.
Sam Walker has established himself as a director whose work is instinctively bold, cinematic and visceral. His ability to create brave films that permeate popular culture has elevated his reputation and earned him a plethora of industry awards.
Walker is richly experienced directing large scale set pieces, telling stories in original ways and bringing defining ideas to life through a strong understanding of narrative, music and editing.
His background as the award-winning ECD of Uncommon (previously Mother, Fallon & Karmarama) means he has unique insight on the brief and is able to craft and collaborate closely with agencies and creative teams to produce cut-through work.
Recently Sam directed ‘Someday’, an epic film for On The Beach featuring the iconic Iggy Pop, a defiantly optimistic ode to a better future. He also directed the stunning ‘Our Stories’ film, an epic that brought together the UK’s terrestrial TV channels for the first time ever. Both films were produced by Pulse Films in collaboration with Uncommon.
Watch Sam’s work here.
Sam Walker commented:  “Pulse Films are flying in both commercials and long form too and it really feels like the perfect home for my style and ambitions as a filmmaker”.
James Sorton, MD of Commercials added: “I’ve long admired Sam’s work as both a Director and a Creative Director, and I knew the moment we started talking about film-making, that we should be working together. He brings a unique perspective to every project, never loses focus on the core idea, and has an incredible passion for creativity and craft in film. Having already collaborated together on a number of standout projects we’re thrilled to formally welcome Sam to Pulse Films.”