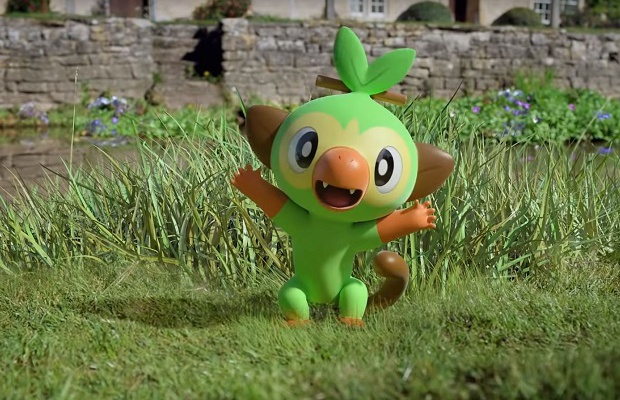 Nintendo has debuted an epic launch film for its highly anticipated new Switch game, Pokémon Sword and Shield. Working with Leo Burnett – Chicago and Framestore Pictures, service production company - LS Productions - took the high-profile VFX shoot to the Cotswolds.
With a service production hub in Manchester, the LS Productions team could offer hands-on support, gathering a talented local crew, casting young actors from Manchester and London, and finding interesting locations that fit the VFX-heavy narrative.
The spot sees a group of young Pokémon hunters playing together on the new game suddenly encounter the emergence of the green monkey, 'Grookey' - followed by two other Pokémon characters - into their real-life surroundings.
The crew, who were sourced predominantly from the north of England, received praise from others on set for their professional approach and ability to work deftly on a demanding project.
Murray Butler, director at Framestore Pictures comments: “This was a great crew to work with on a tight turnaround. The production team was very hands-on and able to provide creative solutions to last minute client requests and changes. The positivity and professionalism shown by LS helped to give us the breathing space to make a great film. The client was over the moon.” 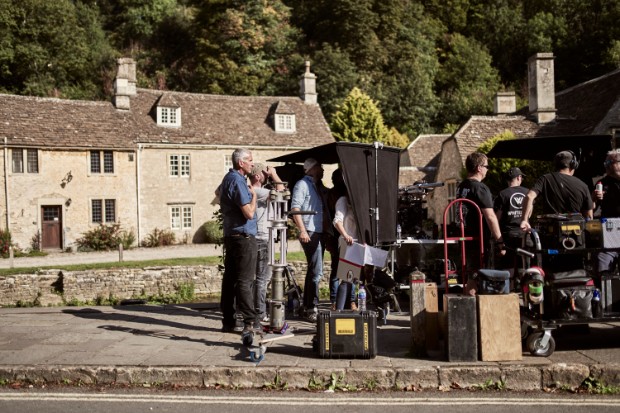 Photo Credit : Madeleine Penfold
In addition to sourcing safe pairs of hands to facilitate the shoot, Abi Atkinson was familiar with DOP Fabian Wager – who recently worked as cinematographer for Game of Thrones – and suggested he would be excellent for this job. The film was shot on a Maxima, to give a bit of a handheld look to the shoot and make viewers feel they have entered into the world of the Pokémon.
Various locations were scouted around England that both reflected an ‘English village’ look and were compatible with the high amount of VFX needed for the final product. A whimsical village in the Cotswolds was decided upon as the location as it perfectly aligned with Sword and Shield’s gameplay setting. A green screen studio was built from the ground up in field just outside, and a heavy lift drone – Freefly Alta 8 – captured the aerial shots from that sequence. 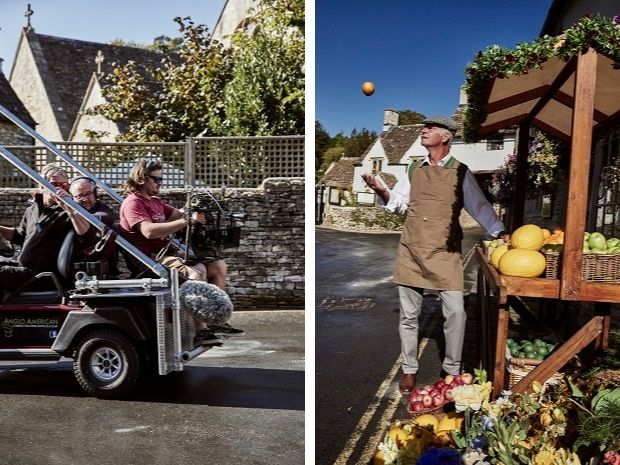 Photo Credit : Madeleine Penfold
With the Cotswolds serving as a popular destination for tourists and film companies, there were a lot of hoops to jump through in order to obtain the right permissions and access. Due to their local knowledge and relationships, LS Productions were able to negotiate all the location logistics to meet the time frame required.
Abi Atkinson, senior producer at LS Productions said: “This is an excellent example of what the North has to offer the production world and it was really great to have so much creative involvement on our end. The crew all had raw individual talent and worked really well together.”