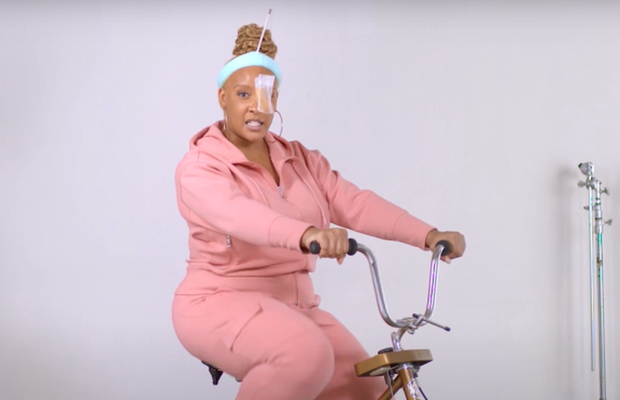 Just as those New Year’s resolutions are wearing off, advertising/marketing agency DCX has devised a cheeky diet-based digital campaign for Strong Roots, a company that markets plant-based frozen food including Cauliflower Hash Browns in Ireland, the UK, and now the U.S.

The Cauliflower Hash Brown Diet (CHBD) is a marketing hook designed to poke fun at fad diets and the performance marketing tactics they often use. The concept hinges on an actual 21-day meal plan built around the core product that was developed by a registered dietician. Built on the premise that “The best diet is high in what you love,” the Cauliflower Hash Brown Diet starts with a two-day all hash brown cleanse, then reintroduces other recipes in diet-approved meals that incorporate the product.

The full funnel campaign takes a humorous approach to performance marketing by utilising hundreds of typical performance marketing assets including inspirational video clips, scientific charts, and exercise tutorials. These assets direct American viewers to HashBrownDiet.com, where they can submit an email address to access a free 60-page CHBD book containing the diet plan and 30 pages of recipes, as well as product coupons.

“The original goal of the campaign was to grow Strong Roots’ email list in preparation for an ecommerce solution they are putting in place,” said Doug Cameron, chief strategy and creative officer of DCX Growth Accelerator. “When we saw the tactics being used by other diet programs, for example Noom, the idea to emulate their marketing style really fell into place.”

DCX’s two-minute teaser launched on January 27.  As the spot opens, solemn subjects contemplate their relationship with food in an open field and recall their struggles with fad diets: A man says he was only allowed to eat yak butter, but he didn’t have a yak. A woman was told to eat in the shower while crying. Then, the sombre mood shifts to a celebratory one as the scenes change to stock footage folks living their best lives.

“Many diets require foods that are not delicious,” a narrator explains. “The Cauliflower Hash Brown Diet replaces these with crispy, delicious Cauliflower Hash Browns.” Grandmothers cavort with their grandkids on a beautiful fall day, a young bride fits into her gown, and a hiker checks out the view after reaching a mountain peak. Signalling that the spot is tongue in cheek, the narrator says the CHBD is “No weirder than other fad diets” and the website address HashBrownDiet.com appears on screen.

DCX’s takeover of the Strong Roots social media feeds is also meant to mimic diet feeds such as Noom.  The takeover includes stylized inspirational quotes with sayings such as “The road to self love is paved with crunchy, delicious cauliflower hash browns.” The takeover will also feature animated tutorials for exercises such as aromatic pushups, which are meant to be done by placing a freshly cooked hash brown on the floor in front of you and smelling it in the downward position. These are complemented by a series of scientific graphics such as the CHBD food chart, which directly pokes fun at Noom by saying that “Hash Browns taste better than pie charts,” then showing a pie chart similar to Noom’s color coding system being replaced by a “Delicious Buttery Golden Chart” containing only hash browns.

Influencers will also participate in the campaign by adhering to the diet, doing the exercises prescribed in the diet, and using the gag accessories created by DCX. Such accessories are meant to mock the behavioural psychology often touted by fad diets. They include a motivational dangler - a headpiece which dangles a hash brown in front of the dieter’s face in order to motivate one to workout - as well as a pocketed face mask that fits a hash brown.

The site’s landing page is set up like that of a typical fad diet site and contains very little Strong Roots branding. It will evolve from an introductory message to a testimonial-oriented page as the campaign evolves.

In fact, a series of testimonial videos are next up. For spots launching March 1, DCX has hired actors who formerly appeared in other diet commercials, such as Weight Watchers and Jenny Craig, and none of whom had actually been on the diets they were paid to represent. For these, the agency worked with low-cost production house QuickFrame, a production platform that specializes in generating performance-marketing social assets for brands quickly and affordably.

In the spots, the actors sing the praises of the CHBD as if being a professional (read: paid) diet actor gives them credibility. “I’m Brittany, I’m usually the ‘after’ in testimonial ads.” says one actor, while the other emotionally announces, “I’m an actress, pretending to love this.”

Additionally, a YouTube channel will host the ads and other video assets, such as a set of animated instructional dieting tools. Three Hot Circuit videos demonstrate exercises that incorporate the hash browns—Hot Squats, Aromatic Push Ups, and Biting Knee Lifts. The Cauliflower Cleanse shows hash brown medallions working their way through a stomach as a narrator explains, “The two-day cleanse clears your body of non-delicious foods and replaces them with crispy, delicious cauliflower hash browns.” Others pit the diet against various nutritional strategies: Foods in pyramids, pie charts, and other “complicated” systems are replaced with simple and delicious Cauliflower Hash Browns. Each tags with a woman’s voice whispering “hash browns” and an image of the Strong Roots logo.

While all this content is intended to draw attention to Cauliflower Hash Browns, Strong Roots sells other vegan, plant-based frozen food SKUs, including Mixed-Root Vegetable Fries, Kale & Quinoa Burger, and Spinach Bites. The company’s mission is to  provide plant-based, environmentally responsible, positive food choices, for everyone, for now. The brand can be found in a wide range of U.S. grocery stores, including Sprouts, Walmart, and Gelson’s.

Craig Bowlin: GM/Head of the US

Landing Page Maintenance: We are Volume