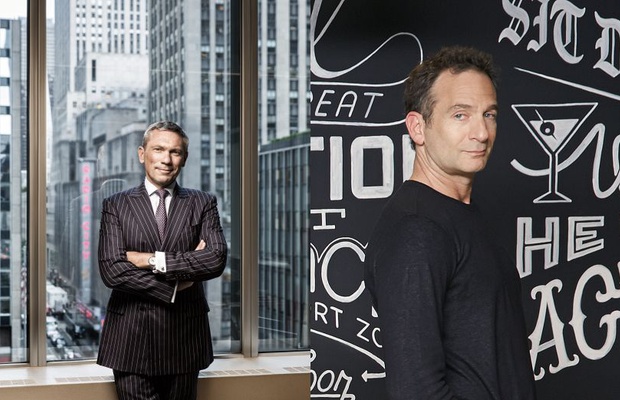 Some time ago - long enough ago for cubicles to be a thing in BBDO’s New York office - the agency was working on a potential Mountain Dew commercial with the magician David Blaine. He was hanging outside the office of global CCO David Lubars with a small crowd of BBDOers around him hoping for a glimpse of some magic. Just as Andrew Robertson, BBDO’s global CEO, walked past, Blaine’s feet came off the ground as he levitated.
“Come on, man,” Andrew said to Blaine. “You’ve got to tell me. What’s the magic?”
“There is no magic,” Blaine replied. “Just hard work and preparation.”
Andrew is recalling this anecdote on a Zoom call alongside David (Lubars, not Blaine) in response to a question about BBDO’s consistently strong creative performance on a global scale. BBDO is the only company in the entire world to have a campaign recognised as a Finalist in each of the five regional Immortal Awards competitions. In North America, BBDO New York’s ‘Back to School Essentials’ for Sandy Hook Promise was chosen. In Europe, AMV BBDO and its client Libresse have been recognised for a third consecutive year in the Immortal Awards with ‘Womb Stories’ - the only client-agency partnership to achieve such a feat. Repping in Asia Pacific is Clemenger BBDO Wellington with ‘Belted Survivors’ for the New Zealand Transport Agency, while Brazilian agency AlmapBBDO is flying the flag for Latin America with ‘It’s Between You’, a stunning short film for WhatsApp. In the Middle East and Africa, Impact BBDO Dubai has two pieces of work selected as a Finalist: ‘Hunger Insurance’ for Snickers and ‘The New National Anthem Edition’ for An Nahar Newspaper.
“Those two particular pieces of work [out of the Middle East] are really illustrative of exactly what we’d hope to deliver,” says Andrew. “Hyper local brilliance in the case of the newspaper and then a really innovative, creative execution of a 10-year-old global creative platform in the case of Snickers. Being able to do both of those things to produce really brilliant work for a very local client and really brilliant work that leverages a global platform that's 10 years old speaks volumes to me about the commitment of the agency teams, and is just what you'd hope for.”
“It also says that we're good at growing our own,” says David. “We don't bring in mercenaries from other places, a lot of our best leaders, including me, came from a younger stage. There's a certain way we do things to pursue and create a path for people to run through and be their best. You get to see how good you are when you come here. Ali [Rez, Impact BBDO] is a fantastic example. Luiz [Sanches, AlmapBBDO] started as a kid with Almap. The people who did Libresse were young.”
An-Nahar 'The New National Anthem Edition' - Impact BBDO