Having recently been invited to join the Oscars jury, Chimney’s sound supervisor talks LBB through the transporting power of great sound in film 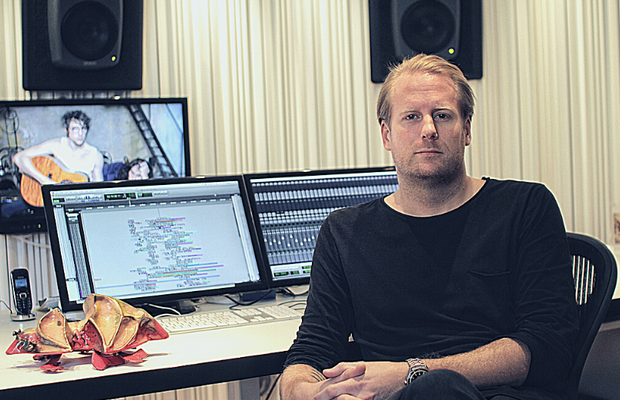 You might expect someone who has just joined the world’s most prestigious film club to have a bit of an ego. Chimney’s Mattias Eklund, however, is resolutely down-to-earth as he picks back through his still-evolving career.

Whether it be feature films such as Polar and Atomic Blonde, or working with artists such as Beyoncé and Sigur Rós, Mattias has built up a mastery of his craft which this month saw him invited to join the Oscars jury as a voting member.

To find out more about the power of great sound, as well as how filmmakers can make theirs Oscar-worthy, LBB spoke to Mattias.

Q> First of all, congratulations! How does it feel to be a member of the Oscars jury?

Mattias> Thank you - it's an honour, of course. I mean, it’s not impossible to get in but it’s tricky. I’m looking forward to it - you get the chance to see everything that comes out and to be a part of the voting is an extremely exciting thought.

Q> So as someone on the jury, what does a filmmaker need to do in order to make their sound Oscar-worthy?

Mattias> Um, that is a tricky question! I think the most important thing with sound is that you’re not trying to create a great soundtrack, you’re trying to be the foundation of a great movie. A great soundtrack can make the movie great. There’s a lot of responsibility, there, and it’s not easy!

Q> Is it possible to separate the movie from the sound? Could you still enjoy a movie’s sound or soundtrack even if you don’t think much of the film as a whole?

Mattias> Yes! You have to be able to do that, I think. One example I can give would be the Transformers movies, especially the second one. That film had amazing sound, but I don’t recall seeing it get nominated for much stuff. Even so, I watched it three or four times in the theatre because I absolutely loved the sound.

Above: Transformers: Revenge of the Fallen won plaudits for its gripping sound design

But it is tricky. It’s more difficult than music because you can listen to that by itself and enjoy that. But you can’t do that with sound. It can be interesting to sit and listen to just the foley, or only the atmosphere or whatever - but maybe only if you’re a geek like me! I wouldn’t recommend people start streaming it on Spotify...

Q> Can you articulate what the difference is between good sound and great sound in a movie?

Mattias> Well, that is another tough question because truly great sound fits the movie perfectly, perhaps so perfectly you don’t quite notice. Great sound can be quiet, or it can be huge. I think the times when I think ‘this is perfectly made for this movie’ are generally when it feels totally in-place. It doesn’t feel strange, or take away from what you see on screen with your eyes. I think 20 or 30 years ago, we used to say that you shouldn’t notice sound in movies at all. Now, though, I think we would say the best sound is the sound that you don’t notice for the wrong reasons.

One example of sound that I think is 100% perfect is the more recent Mad Max movie. I think that’s spot-on. And yes, I do enjoy the movie, but even if I didn’t I would appreciate the sound for being perfectly made.

Above: Mad Max: Fury Road was released in 2015, and won the Oscar for best sound mixing as well as best sound editing.

Q> Can making great sound design ever feel thankless, especially if people don’t notice it when it's great?

Mattias> No, I don’t think so at all! It’s part of the art. I guess I expect people who work in the industry to notice great sound, but you shouldn’t do it for yourself. You should do it to make the movie great. Whatever works for the movie, that's what great sound needs to do.

Q> Does being selected for the Oscars jury feel like a milestone in your career?

Mattias> I don’t see it as a milestone, no. It makes me feel very honoured, but I feel that my career has just started! I’m looking forward to 25 more years of making sound for movies, and that’s what I enjoy about my work. Not so much the other stuff. I am looking forward to this, though, because it’s a chance to check out more movies and further my own development, creatively. If you work with movies, I think anyone would agree you’re never done learning.

Q> You’ve worked on a lot of big name films, already, though. Looking back, is there any specific project that you feel was especially significant in your own development?

Mattias> For sure. I would say I’ve done a few films now with Jonas Åkerlund, a Swedish director. He is very sound-orientated as a director and he has a unique style. So those projects for me have been very important and very challenging. He said himself that the sound is more important than the picture, so working with him was very important for me! Because if you push yourself a bit harder every time, the outcome is better every time.

Q> Does working with very sound-oriented directors make life easier for you as a sound designer, or more challenging?

Mattias> Hah, a bit of both. Personally I really enjoy it, because I enjoy working with picky people more than with people who don’t care. The crazy, insane projects always turn out to be my favourites, but of course it’s more challenging because it takes more time and you need more money. But yes, the more difficult it is, the more enjoyable I find it. And the more enjoyable it is, the easier it is. So, paradoxically, the more difficult projects are the easier ones for me…

Q> Looking back even earlier in your career, what kind of films influenced or inspired you?

Mattias> One of the first ones I remember which made me realise how important sound is was Heat, in 1995. It’s a great movie, a pretty standard action/thriller. But sound has such an impact on so many levels, from how the guns sound up to how music and sound intertwine with each other and work together. So that one was a big eye-opener for me.

But there are plenty of more recent movies which inspire me as well. From a sound perspective, I think Dunkirk is absolutely spectacular. I remember going into the theater and wanting to duck when the first bullet was fired. It’s an incredibly powerful film and the sound design is a huge part of that. Christopher Nolan is quite brave with sound design - he’s not afraid of dynamic stuff, even if it might result in the audience not picking up every single word, on occasion. Because you know, that’s more realistic and perhaps more immersive. You might not get everything on the first watch-through of one of his films but you’ll get the context.

Above: Dunkirk was released in 2017, and won the Oscar for best sound mixing and best sound editing.

Q> Finally, outside of work, what are your hobbies?

Mathias> Well, honestly, it used to be cycling but now it's taking care of a kid! I love road biking. I did a thing some years ago with the Fireflies Tour where we biked to Cannes. That was fantastic, and super difficult. A lot harder than I thought, but incredibly rewarding.

Q> I’m seeing a theme here, in that you enjoy anything that’s difficult?!

Mattias> Haha, yeah that’s pretty much it. I get kind of disappointed when it’s not difficult. I feel like I’ve wasted a day when I haven’t overcome anything! Whether that be in cycling or in sound.