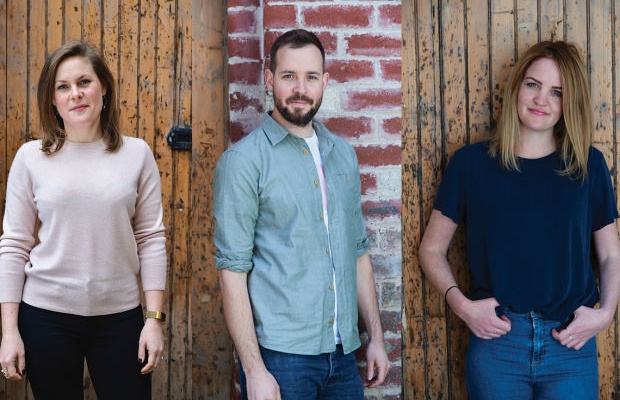 LS Productions has announced AdGreen founder, Jo Coombes, as its new head of production. Based in Edinburgh, Coombes will head a team of eleven, including four senior producers, with Ellen De Faux and Deva Smith joining Abi Atkinson.
LS Productions is the UK’s largest stills and film service production company, with three bases across the UK (Edinburgh, London, Manchester), 26 full-time employees and an extensive locations database and dedicated locations team.
Starting her career at Adelphoi Music, Coombes has been working in the advertising industry for over a decade - with most of that time spent in production. She has shot all over the UK, freelancing for the likes of Stink, Park Pictures, Acne and Holmes Production. From BT and Sky to Nissan and Landrover; from Nokia and Samsung to Waitrose and Asda; Jo has helped produce a huge variety of campaigns and injected her eco-friendly expertise into each and every project. Leading the charge in new environmentally friendly practises, Jo travels the globe educating others on how best to implement practical and sustainable changes in Production practises.
LS Productions founder, Marie Owen adds, ‘Jo is an invaluable addition to the Production team. Not only will she whip us into shape in terms of our carbon footprint but her extensive production experience will help continue to grow our evolving Production department and allow us to offer the very best support to our clients.’
Coombes concludes ‘It’s fantastic to join such a strong production team and I’m excited to support them as we expand, producing work all over the UK. I’m especially looking forward to developing LS Productions’ keen interest in sustainability, and collaborating with our clients on keeping the carbon cost of their projects low.’
Senior producers, Deva Smith and Ellen De Faux will join Abi Atkinson. Smith cut his teeth at STV Creative, where he produced TVCs and editorial content. As a freelance creative producer, he worked on awards-affiliated films, such as ‘A Rule of Thumb’, ‘Seat in Shadow’ and ‘I’ll be Right There’. Smith has already produced dozens of campaigns for LS, including Martin Garrix & Dua Lipa - ‘Scared to be Lonely', Jacob’s Creek, Kia and BMW.
Ellen De Faux started her career in the music industry, where she grafted behind the scenes on high-profile events, like T in the Park, working alongside huge international artists. She then went to MTP Scotland, where she earned her stripes, working her way from PA to senior producer before joining LS Productions.
She notes, ‘LS has a very forward thinking approach and they value the resource of the people they employ. They are people powered production, working to a high standard but also making sure it’s enjoyable. Because they’re so creatively minded, they can collaborate in a way that other more traditional service production companies can’t.
The experienced team will work to facilitate the creative visions of clients shooting in the UK, collaborating with a growing team of first class producers to interpret briefs, budgets and treatments to enable productions to reach their full potential.
Three hires - left to right: Jo Coombes, Deva Smith, Ellen De Faux