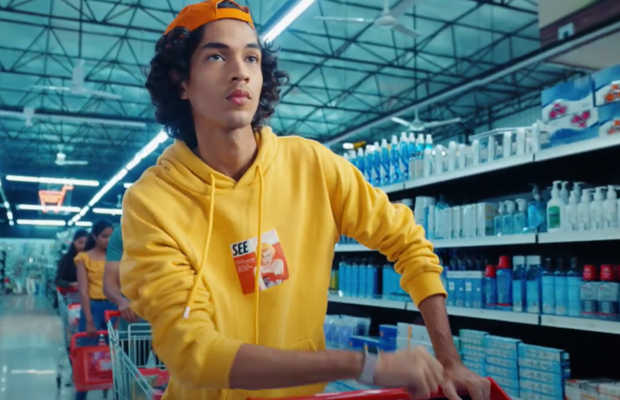 Fastrack has launched its latest smart band offering, Reflex 3.0, armed with 10+ sport modes and a dual-tone band through which users can lift their fitness as well as style. To build interest in the new Fastrack Reflex 3.0, Lowe Lintas Bangalore has conceptualised an offbeat campaign.

While working out means monotony to the rest of the world, Fastrack's new campaign brings the Gen-Z spirit of fluidity to fitness, making it a way to make a statement, to have fun, to be part of a tribe, to follow your heart, and never hesitate. The campaign film is a youthful and high-fashion interpretation of what fitness means to Gen-Z.

Talking about the new campaign, Ajay Maurya, head of marketing, Fastrack said: “This fun, bold, spontaneous film speaks the language of the Gen Z’s who don’t believe in set definitions when it comes to fitness. They believe in being fluid in their thinking and impulsive in their actions. The latest Fastrack Reflex 3.0 smart band comes with 10+ sports modes which makes starting your fitness journey as easy as it gets. The film beautifully lands the message: With the Reflex 3.0, you can start your fitness journey just anywhere.”

The campaign film shows how today's youth aren't held back by the lack of gym, equipment or fancy sports gear to begin their fitness journey; that they can #StartAnywhere. In doing so, it showcases the features of Reflex 3.0 in a quirky way. Whether it be a running race in the parking lot or a dance party in the midst of traffic or even just lunging by their way through a supermarket. #StartAnywhere captures how they are ready to take the leap and, in a real sense, become the Olympians of the street with Reflex 3.0 and its 10+ sport modes.

Commenting on the idea, Puneet Kapoor, regional creative officer, Lowe Lintas said: “Fastrack has always stood for the audacious and uninhibited expression of youth identity which can’t be locked in templates or boxes. This applies equally to their idea of fitness also, which spills out, ever so freely, from the walls of gyms and lines of courts, to almost anywhere. That's the central idea of this film with the many features of Reflex 3.0, keeping a tab with it’s exciting modes no matter where you start.”

The campaign is live across the brand's online platforms and other offline mediums.