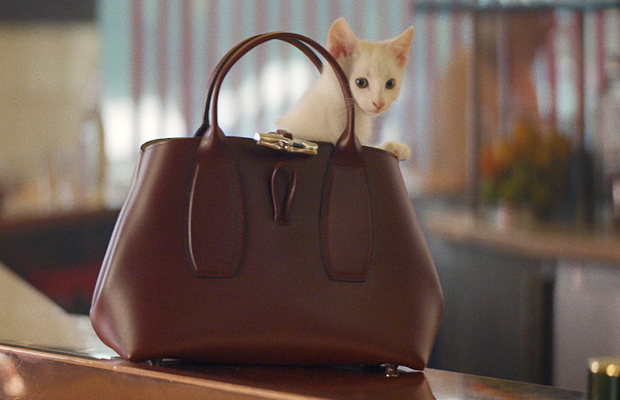 Longchamp has launched its new global brand platform ‘très paris’ from FRED & FARID Los Angeles with an eight-minute short film / music video inspired by the iconic '60s French track ‘Il est cinq heures, Paris s'éveille’ (a song by Dutronc, Lanzmann & Segalen)
The iconic French handbag and fashion brand was seeking a new agency partner, and after considering relationships with a number of New York fashion shops, the brand selected FRED & FARID Los Angeles - AdAge Newcomer Agency of the Year - to become its agency of record.
Experts in luxury and digital, and natively Parisian, FRED & FARID group came to the table with a deep understanding of the importance and iconicity of Longchamp within Paris and France, and the insight that every French person has, at one point in their life, owned a Longchamp bag. Longchamp is deeply ingrained in French culture. It’s a symbol of understated elegance, quality, and innovation. It is a legend in Paris. 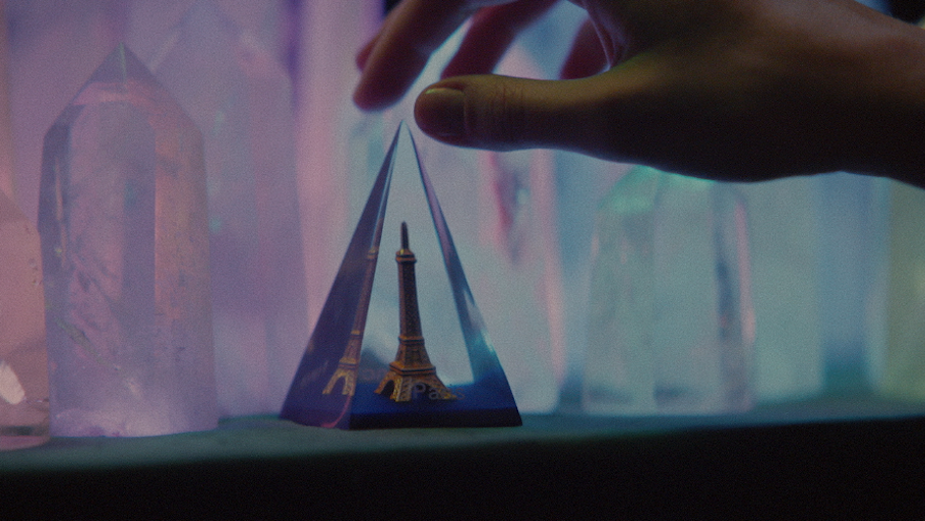 With FRED & FARID Los Angeles leading strategy and creative, and FRED & FARID Paris leading account management, the team conceptualised with an entirely new global brand platform and tagline titled 'très paris' - 'very paris'.
The meaning behind this phrase is multi-tiered and multi-faceted. Firstly, 'très paris' lays claim to Longchamp’s irrefutable cultural significance within Paris, and pays homage to its history as a brand that was founded in Paris 72 years ago. Beyond that, the tagline captures the inimitable spirit of Longchamp. It evokes not just Paris as a city, but Paris as an attitude. 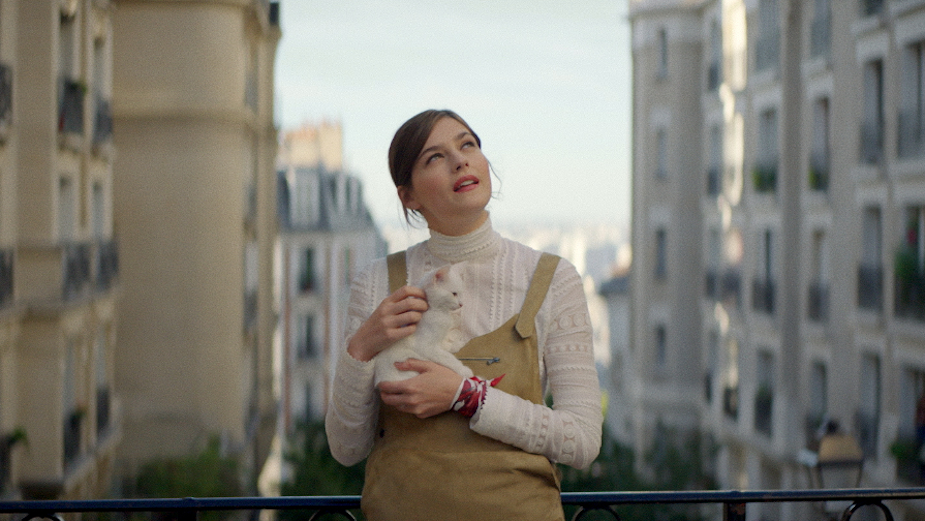 Artistic director, Sophie Delafontaine, commented: "I had in mind a spontaneous, mobile, fluid woman, she rushes into life with independence and freedom. Faithful to her values, she has character, and cultivates her epicurean side without taking herself seriously.”
The agency also considered the fact that 'Paris' as a word has equity. It stands for elegance, quality, and taste – attributes that also define Longchamp. The tagline will remain in French, even in non-French-speaking markets around the world. It’s a bold decision that evokes the very attitude it calls forth. To leave a tagline in French, for Americans and Chinese, is very 'très paris'. It’s just the sort of thing a Longchamp girl would do.
To launch the platform and Longchamp’s spring / summer 2021 fashion collection, the agency came up with an idea to create a modern music video for an iconic Parisian song. A song as important to Paris as Longchamp the brand.
The team chose the famous hit 'Il est cinq heures, Paris s'éveille' - 'It’s five o’clock, Paris is waking up' - by living pop legend Dutronc. To give it a fresh feel, Longchamp and the agency chose the voice of the french artist Clara Luciani to sing a new rendition.
Agency co-founders Fred and Farid said: “If you’ve never seen Paris waking up after a night out on the town, then you’ve never seen Paris. And that’s why this song touches every Parisian. It describes a universal experience that connects us all.” 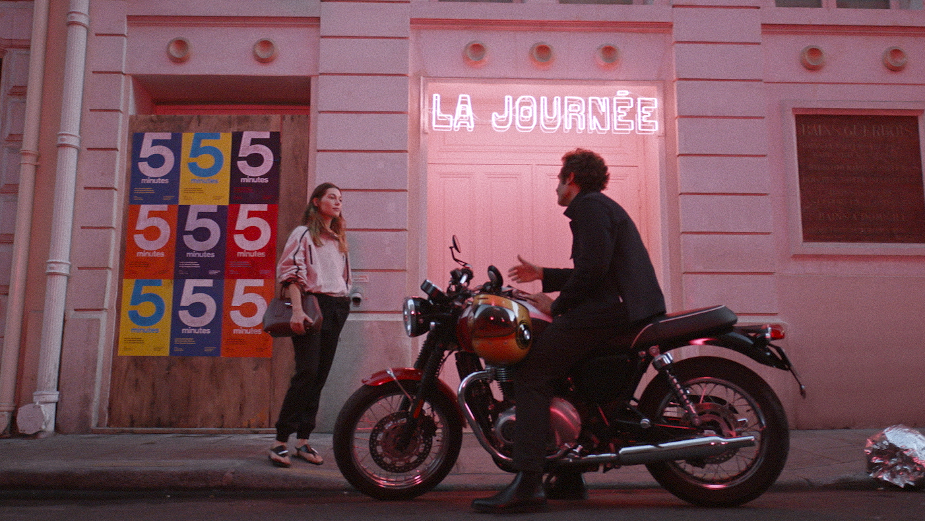 The song ended up inspiring not just a music video, but a hybrid of a music video and narrative short film. Eight minutes in length, it tells the story of two girls who go on an adventure as Paris is waking up (or, as the song says, 'Paris s'éveille'). Inspired by french cinema from the 60s, the narrative and tone of the film was meant to evoke a naive, light and fresh spirit. With the characters dressed in fashion from Longchamp’s SS21 collection, a plot twist occurs when the two girls’ matching Longchamp handbags – a style called the 'Roseau' – are mistakenly swapped in a club.
Filled with more hidden layers, and smartly crafted references to the track, the film’s locations, scenes, and characters are poetic interpretations of Dutronc’s lyrics.
For example, a kitten in the film named 'Blanche' is an allusion to the song verse: 'Et la place Blanche a mauvaise mine...' When a moto driver reads a book titled 'The Station And The Carcasse', it illustrates the lyrics: 'La gare n'est plus qu'une carcasse…'. When a character says 'I have cold feet, ma belle', it’s a nod to Dutronc’s 'La tour Eiffel a froid aux pieds…', so on and so forth. Sometimes you’re hearing the lyrics, other times you’re seeing the lyrics. The song carries and inspires the story throughout.
Directed by the genius Lope Serrano from the directing duo CANADA – renowned and awarded for their commercial spots, short films, and music videos (see Crème Caramel on Nowness). 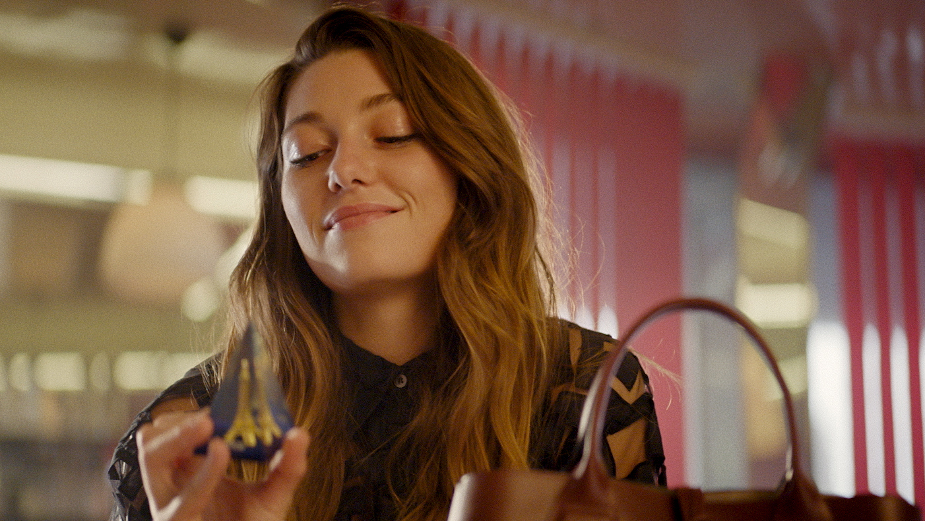 FRED & FARID Los Angeles’ creative director, Chelsea Steiger, said: “Lope is one of the most visionary and passionate directors we’ve ever worked with in the agency. He’s setting a high bar for the next Longchamp campaign we’ll produce. The producers, Oscar Romagosa and Solal Micenmacher, and their teams are absolute rockstars, too.”
The film stars British actress and model, Amber Anderson, and one of France’s most promising up-and-coming actresses, Mathilde Ollivier.
Lope commented: “Mathilde plays a local girl, witty, warm, spontaneous, talkative, charmingly impulsive, mindlessly selfish, more innocent than you imagine for such a mischievous glance, living life more in the fast wheels of the present than in the uncertain plans of the future and certainly than in the boring leftovers of the past. To put it bluntly, Mathilde is a delightful and appealing mess. This is why she brings her beloved kitten Blanche with her all night long. Amber is not strictly Mathilde’s reverse. She’s witty and independently hedonistic as well. But she’s more mysterious and cosmopolitan than Mathilde. Amber is subtly more sophisticated, gently snobby, sweetly perverse. She embodies somehow the spirit of a pioneering older sister: demanding at the beginning but sympathetic at the end.”
Serrano brought along his longtime DP and editor partners to collaborate on the project. He even drew a series of custom movie posters and illustrations that appear in the film and movie trailer – the latter of which borrows influences from the 1960s French New Wave film movement.
“The end of the film leaves viewers wondering: Is it a short film or a new kind of music video? Is it branding as entertainment, or entertainment as branding? No idea. That’s the idea.” concluded Fred and Farid.