Laying Down Production Roots on Both Sides of the Andes

Ariel León Isacovitch of the The Roots Productions explains his company’s philosophy and how it’s built itself a reputation in Chile, Uruguay and beyond 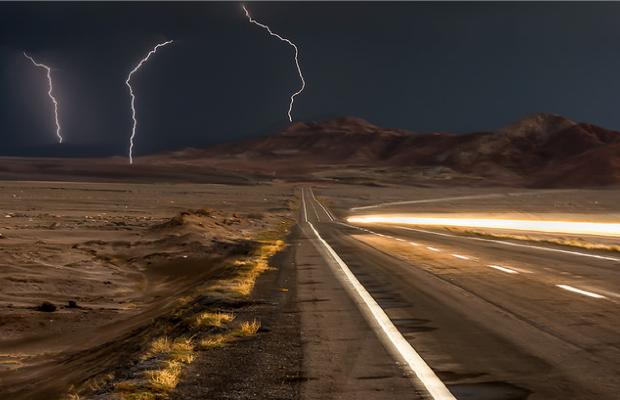 In recent years Chile and Uruguay have proven themselves to be two of the most competitive film production alternatives for the global market. The reasons for this are many - they are strong and stable regions both politically and economically, the climate there mimics California - an unparalleled diversity of locations and a significant infrastructure of seasoned crew and state of the art equipment. In a matter of a few years The Roots Productions has grown to be recognised worldwide as one of the most prominent companies to work with when you plan to shoot in this beautiful region. With deserts, oceans, rainforests and snow-capped mountains, all within close proximity to the main hubs, it’s no surprise that the trend for shooting in the region is continuing.
In 2014 Ariel León Isacovitch founded The Roots Production Services with partners Carlos Garriga and Fernando Lopez. In just five years the all-inclusive production and production service company has grown its bases in Chile and Uruguay while expanding to Peru and Argentina.
Prior to his time with The Roots Ariel conceived of and founded Locations Chile. These two entities alone have now produced more than 400 commercials for the global market working with agencies such as McCann, BBDO, FCB, Gray Saatchi & Saatchi to name but a few.
“Our philosophy at The Roots is simple,” says Ariel, “every project is unique and our strength is to put together a team and an approach that will recognise and nurture that uniqueness, that essence of that project. Innovation is our motivation, creativity must sustain, and with every project we ask ourselves: ‘How can we transform each and every client message, how can we exceed expectations, how can we create a positive and memorable experience?’ At The Roots we have built a reputation that every project is a new project and that a new project deserves a new, different and better solution.”
A selection of The Roots' favourite South American locations.
In terms of clients, The Roots has worked with the world’s most recognisable global brands, recently servicing productions for worldwide campaigns for Samsung, Toyota and CVS, as well as North American and European work for clients including Lexus, Comcast, President’s Choice and Coca-Cola.
Ariel concludes with a company mantra: “We are The Roots, we bring the life-blood, we draw from experience, we make new and so we grow.”
To see all their most recent projects, click here.

More from The Roots Production Service

Chile Heats Up: How a Wave of Positivity Signals a Vibrant New Dawn for Production in the Country