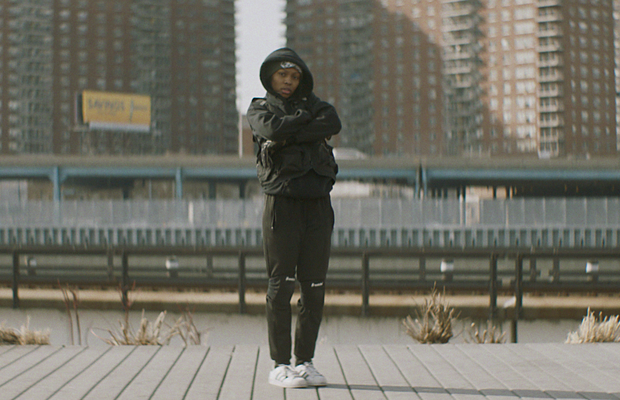 After witnessing the joy of a dance crew springing to life, Jonathan Pearson quickly realised he had little knowledge around the dancing community. After a lot of research, Jonathan launched ‘The Next Stop’ telling the story of Mo and how dance has allowed her to let her creativity shine.

Jonathan Pearson said of the project: “I’ve always been drawn to New York City - it’s diversity, energy and edge. As a Londoner, I’ve always felt very at home there, with it’s fast pace and feeling of ‘a story on every corner’. Having spent much time in the city and even having lived there for a short period, I’ve seen street dancers performing on subway cars countless times. But it was on a trip a year ago for another project that I sat watching a crew of dancers on a journey back from Brooklyn and wondered who these people were? What part did dancing play in their lives?

After much research, a few months later, I ventured back to New York to learn and explore this world more, with a view to making a short film on the subject should we find the right story. After spending day after day riding all over the entire city and shooting thousands of images to start building up a picture in my mind of what this film would feel like, we met with Mo. She was part of a crew but immediately stood out - quiet and unassuming in nature but became utterly alive when dancing. The particular style of dance - known as LiteFeet - is male dominated so her perspective as a female felt unique. After spending some time together, along with her crew, we agreed to come back in a few months time and shoot the film.

The idea was to look at who Mo is, but tell it in a way that captures the beauty and energy of what she does. New York has a grand tradition of street dance, and so the chance to tell a story in that space, but from a fresh point of view, felt hugely exciting to me. More personally, however, I’ve always gravitated towards tales of passionate people with dreams, especially ones where the odds are stacked against them. Having grown up around strong women, I’m also drawn towards strong female characters so coupled with my love for New York and cities in general, Mo’s story was one I wanted and needed to tell.

Her journey has very much only just begun, so for me, ‘The Next Stop’ is very much a story of hope.”