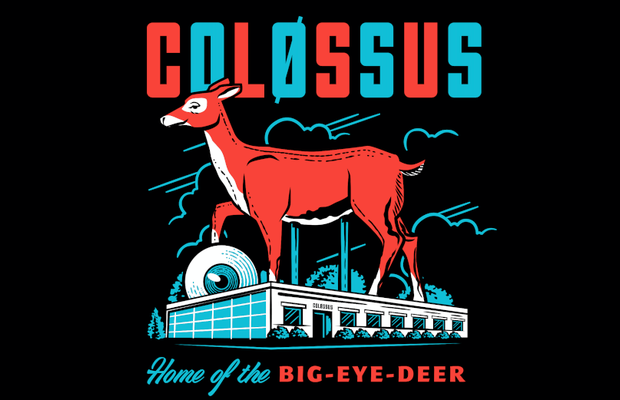 At a time when brands are especially interested in the nimble capabilities and personal attention that independent agencies are better at offering than the stodgy, behemoth agencies owned by holding companies, a team of agency vets have joined forces to form a power indie called Colossus.

Founded in early 2020, Colossus is described as an independent advertising and creative company. It is the byproduct of an eclectic group: a punk rock record label vet, a former amateur Portuguese stand-up comic, a father of two sets of twins and a former professional Muay Thai fighter—teaming up and striving to be distinct.

Led by creative directors Greg Almeida and Travis Robertson, managing director Jonathan Balck, and head of production Nicole Hollis-Vitale, they have combined their Voltron-like forces to bring to the table an agency built around creativity, strategy, design and fleet-footed nimbleness. Their goal is a new kind of agency in a classic ad town.

“Sure, we could call ourselves a Disruptive Think Tank or a Sledgehammer of Brand Velocity.” says Travis. “But we’d rather keep it simple. We just want to do great work on behalf of the brands and partners we believe in. We believe transparency, sincerity and guts will lead to that.”

Colossus came to be after decades of experience at agencies like CP+B, MullenLowe, Arnold, the Martin Agency and more, while collectively garnering an impressive collection of industry accolades—from Emmys to the Titanium Grand Prix Lion at Cannes.

“When we give you our boilerplate agency description, it probably doesn’t scream ‘unique’ right away,” says Greg. “But, I think of it like buying tires. They all look the same, but the devil is in the details. Once you get behind the wheel, that’s when the difference becomes apparent.”

“We hear from more and more clients who are looking for access to talent and collaboration.” says Nicole. “They want continuity, they want a partner who can roll up their sleeves and actually solve problems.”

This philosophy, thus far, has proved fruitful. Colossus goes into 2021 with momentum having won AOR duties or projects from the NHL’s Boston Bruins, Oath Pizza, Zipcar and the Madison Square Garden Company’s popular concert series, Boston Calling. Their biggest victory to date will be announced in the coming months.

“Smaller independent agencies are winning more as brands realise how quickly their businesses need to adapt to changing market conditions—Covid has been a rude awakening for many.” explained Jonathan. “But we believe creativity can always be the ultimate business driver.”