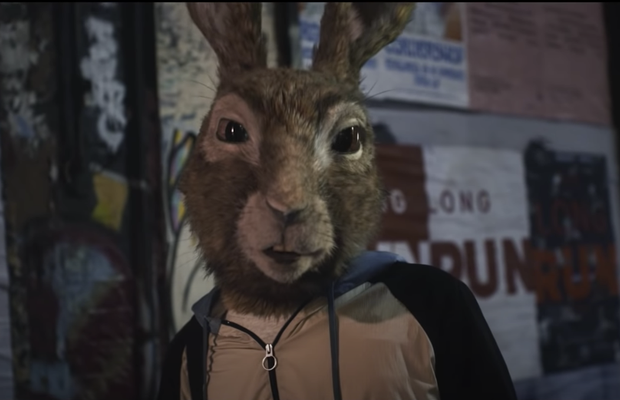 Roots Manuva ‘Witness (1 Hope)’ is an incredibly important piece of music, one of your five a day when it comes to the perfect diet of UK Rap. Mother London produces amazing adverts, and ‘The Hare’ is no different. Sitting next to their previously iconic commercials for Ikea like ‘Playing With My Friends’, ‘Time For Change’ and recently, the brands first Christmas campaign, ‘Silence The Critics’ this is another amazing spot.

Co-founder of Theodore Music, David Bass remembers playing the song during the first briefing: ‘This is an amazing but often overlooked piece of music and I knew the script could handle it. It needed to describing an irreverent evening out with the next morning’s responsibility looming large. It needed to have dismissive attitude and swagger. It felt like such a good fit not because of the lyrics but also the vibe. It has sense of disorientation and it sounds totally different to what you hear on mainstream TV. So it was easy to start the meeting with the song’.

The agency agreed and quickly this became the track to beat. Multiple searches followed but Roots remained. When it came to licensing the track, both Robin Buckley at Ninja Tune and Mark Levin at BMG Rights grasped the potential of the opportunity and were instrumental in obtaining approval.

Mark Levin says: "We were really pleased to see such a great reaction to the advert and song. During its time on air we saw an 100% increase in streaming numbers. It’s such a brilliant track so we were happy to see it reach a new audience".

"This advert, like most IKEA ads, was bold, cool and hugely creative and we’re thrilled that we could soundtrack it with this iconic track. The response has been amazing and we’re hugely chuffed for Roots Manuva to win best sync at this years AIM awards" adds Robin.​

David concludes ‘Supervision wise; Theodore has been responsible for two massive award winning Ikea spots. The agency and brand has tapped into a part of British musical culture that is so rich and filled with real meaning to so many people’.