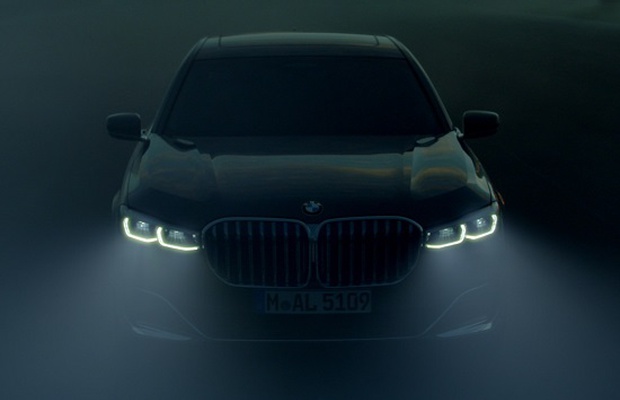 To relaunch the iconic BMW 7 Series model, a new spot, created by Serviceplan and shot by Tony Petersen Film, required the expert knowledge of production service company LS Productions to pull off the logistically complex airport runway shoot without a single person seeing the new vehicle.
Contending with airports from around Europe, LS Productions sourced an exceptional location in the North of England with both the right aesthetic and the practical needs for the highly secretive shoot.
The newly-built airport location, yet to be opened to the public, meant that the crew of 130 people could conduct the three-day shoot with a greater amount of control than any other airport. Working closely with TP Films’ security team and forging strong relationships with airport staff and local authorities ensured that passers-by and press could not view the prototype car whilst the shoot was underway.
Brooding, atmospheric weather conditions were key to the film’s storyline. The film, directed by Dan Di Felice, likens the feeling of driving the BMW 7 Series to taking off in a private jet. To create the conditions of taking off in a storm, LS Productions worked in collaboration with an SFX team at Artem and local firefighters. They created a cloud of smoke and lashing rain as the car zipped down the runway.
The crew had access to the location’s two hangers, runways and a control tower all of which were outlined as essential in the brief. Its high spec new build also reflected the luxury of the car brand.
The LS Productions team had ongoing conversations on-the-ground with airport staff about working together as the facility opens to commercial flights.
Deva Smith, Senior Producer at LS Productions says: “We got to show off our brilliant locations that ticked the boxes of a tricky logistical and security brief, assembled a wonderful team and thus facilitated a cool script with some very talented people. On top of that we got to shoot on a runway with some proper SFX, a Russian Arm, a fire engine, a very cool car, and a quality production team from Germany headed by EP Carlo Walther. Dream job!”

Carlo Walther, EP and Managing Partner at TP Films, says: “We looked at airports across Europe for this spot, and LS put forward a fantastic selection of which two were shortlisted initially. It went down to the wire between one in Switzerland and another in the north of England. As security of the new BMW 7 Series model was paramount, and LS had vast experience of the security measures needed, it was the perfect collaboration between TP Films, the airport and LS Productions. I felt in safe hands with Deva and his team from the minute we started the bidding process right through till wrap. LS, the crew and the staff were professional, honest and a joy to work with.”