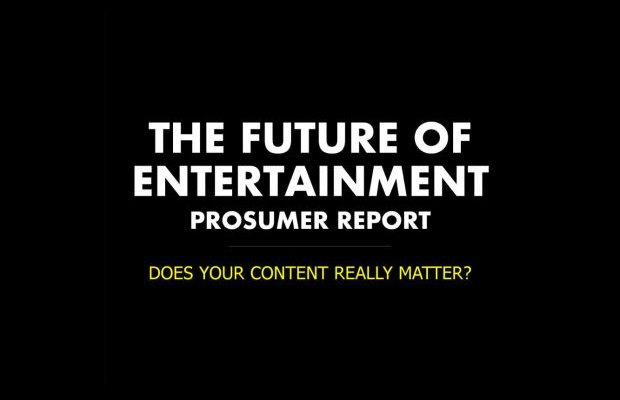 Thanks to technological advances and a rapid influx of content, people are now considering and consuming entertainment in fundamentally new ways. Havas and Vivendi, in collaboration with Cannes Lions, have conducted a global Prosumer study.
Yannick Bolloré, chairman of the Vivendi Supervisory Board and CEO of Havas Group, explains: “The digital era has revolutionised the field of entertainment. People have now placed entertainment at the center of their existence rather than relegating it to the fringes of their life. And this gives us, as entertainment leaders, a major responsibility. Our role today is to build entertainment value, and I’m struck by the fact that this study reveals that 83% of people now consider entertainment as having a vital role in their lives. That’s good news for our industry.”
In the first quarter of 2019, Havas Group, part of Vivendi, worked in partnership with Cannes Lions to explore the fundamental shifts that are transforming how people think about and experience entertainment. The study draws on the attitudes and behaviors of 17,411 people ages 13+ in 37 countries, with a focus on Prosumers, the leading-edge influencers and market drivers who Havas has been tracking for more than 15 years.
Among the insights revealed by the global study:
Entertainment is now as critical as health. People no longer see entertainment as superficial: 83% of them consider it a vital need; this compares with 54% in an earlier study who claimed to pay a lot of attention to health issues. Should the right to entertainment be added to the Universal Declaration of Human Rights?
Forever seeking our next fix. Six in ten Prosumers admit they can't stand still without consuming content, while 56% are willing to sacrifice sleep to binge-watch a show they like. Nearly 4 in 10 claim they couldn't live without Netflix — and this even includes people for whom the brand didn't really exist five or six years ago!
Gimme more! The more entertainment we consume, the more we crave. Some six in ten Prosumers want our educational systems and workplaces to be made more entertaining, while more than a third say the same about hospitals and retirement homes.
The real value of entertainment lies in its ability to enrich and transform. As much as we crave distractions and temporary escapes, we are also driven to entertainment that has a transformative value: 93% of Prosumers consider entertainment meaningful when it has a long-lasting impact, whether that impact be personal or cultural. Nearly nine in ten Prosumers believe that entertainment needs to empower and educate. Moreover, 78% agree that global entertainment platforms should include meaningful local content in their native language, and 81% say it's important that artists promote their national cultures.
We are all pixels in a bigger picture. Younger people, especially, feel pressured to participate in entertainment culture, both as consumers and as creators. Among our respondents ages 13-17, 55% feel they always need to entertain their friends and others, and 43% feel pressured to showcase an entertaining lifestyle.
The report will be available here.
Marianne Hurstel, global chief strategy officer at Havas Creative, comments: “This study gives us surprising and powerful insights into what makes entertainment impactful for people. Not only does it need to create instant excitement, but it also needs to educate, empower, and give people the tools with which to create better versions of themselves. Nearly half of Prosumers would be willing to pay more for entertainment that is meaningful in this way.”
On June 20, 2019, at the Cannes Lions International Festival of Creativity, acclaimed actor, director, producer, musician, and cultural icon Jeff Goldblum will join Stéphane Xiberras, president and CCO of BETC Paris and head of the Havas Creative Council, to discuss these emerging trends in entertainment and their implications.
Louise Benson, VP festivals, Cannes Lions, says: “We are excited to have partnered with Vivendi and Havas Group on this important study and can’t wait to host Jeff Goldblum and Stéphane Xiberras at the Grand Auditorium Louis Lumière during the festival. These two icons of their respective industries have much to share on the future of entertainment and how companies can heighten the value of the content they provide. I look forward to both of their views on the research findings and hearing their unique insights into how the industry will evolve.”