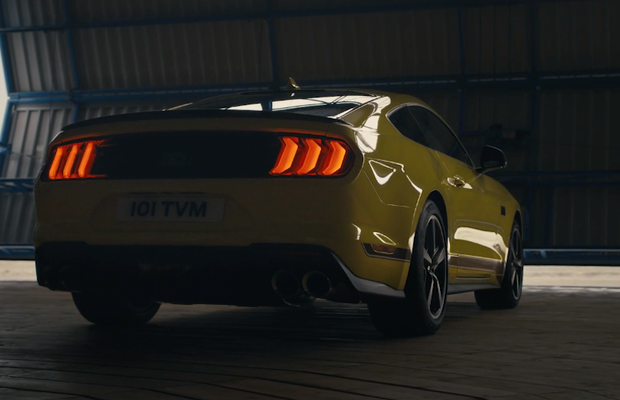 The formidable team that is soundlounge and Deli Music recently partnered up with Ford & GTB to collaborate on all things music for their latest commercial featuring the all-new groundbreaking Ford Mustang Mach 1.

The new Ford Mustang Mach 1 is deemed to be the new benchmark of Mustang performance and the most powerful and track capable member of the Ford Mustang lineup in Europe. The Mach 1 boasts a 5.0-litre V8 engine delivering a colossal 460 PS at 7,250 RPM, packed with advanced features and technologies to enhance the drive, the Mach 1 is meant for those who are serious about performance.

soundlounge recorded all the SFX on the shoot of the film with Makerhouse, meaning that all the sounds used were from the car itself.

Kerry Schofield, project manager/insights and business development, soundlounge:  "We worked together with the amazing team at Ford, GTB and Deli Music to create a bespoke composition for the new Ford Mustang Mach-1 advert. It was a pleasure to manage the project from beginning to completion on the creation of the music, consumer research, SFX and sound design. We smashed the brief, delivered on time and got to work on some awesome bits of CGI!"

Ollie Raphael, director, Deli Music: "It's so refreshing when you work with a creative team that put sound at the very front of the queue. We were thrilled to be briefed on the music soundtrack and the sound design. When the same minds work across both they can be blended and considered in such a beneficial way that it delivers a sonic boom that makes your hair stand on end. Bringing in a dedicated crew to capture the recordings of the Mustang in all its glory from the inside of the engine to the outside atmosphere gave us so much to work with. Being the composers and sound designers allowed us to piece together a complete soundtrack using the sound recordings of the car as part of the track rather than just as spot effects throughout the film which gave the soundtrack a different dimension. We treated this as we would any major movie score rich in actions and adrenaline. It's cinematic advertising in every way and deserves the same quality and attention to detail."

"Start talking music at the earliest creative stage and you'll win in the end. Don't let it be the last thing thought about and first thing complained about!"

Archana Lalji, Project Manager, MAKERHOUSE: "soundlounge took our film to the next level with their brilliant work. They've embraced our brief and dug deep into every minor detail. They were also extremely responsive and patient. The final product was clearly enhanced by the music and SFX and Soundlounge was essential to make our project a success."

"It was a very smooth process and soundlounge were very responsive to any feedback. The outcome was great!"

The commercial was made for digital only.

The Myth of Royalty Free Music

#LetTheMusicPlay Raises Awareness for the Plight of the Live Music Industry