With World Cup 2018 under way, LS Productions’ Abi Atkinson says the North is still the home of football in the UK 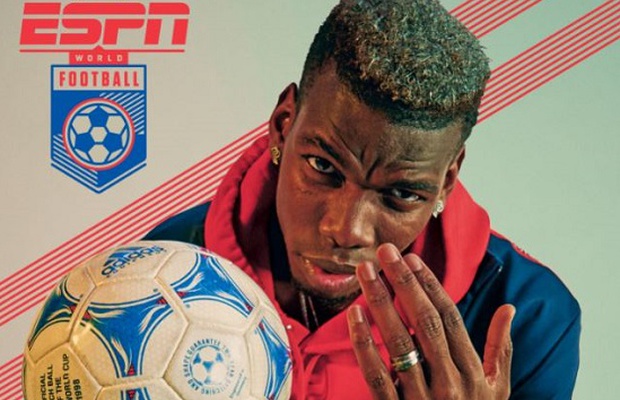 Manchester is arguably the UK’s football capital. It is home to two of the biggest football clubs in the world, the largest club football ground in the UK and that’s not to mention a number of the world’s most famous footballers.
Since opening its Northern office last year, LS Productions has produced and serviced shoots with sporting talent from Pogba to Emre Can and Zlatan Ibrahimović. And, as the excitement for the World Cup 2018 ramps up, Senior Producer Abi Atkinson discusses private Jets, working with the infamous LA-bound striker Zlatan and why the North is the UK’s production hotspot for all things football…
Q> How much does Manchester’s rich football culture attract productions using football players or a football theme?
Abi Atkinson> Having Manchester United, Manchester City, Liverpool and Everton on the doorstep is indeed a big attraction for clients, agencies and brands from across the globe. The majority of the time, shoots need to take place near to where the footballers are based due to their busy schedules and limited filming time available.
Crucially, Manchester also plays host to a range of high quality film crew, studios and equipment as well as a diverse range of locations with great transport links. But having some of the largest football clubs in the world right here in the North West is definitely a pull - and makes for some fun and varied shoots!
Paul Pogba appeared as the cover star for ESPN The Magazine’s June 18th World Cup issue. In collaboration with photographer Miko Lim and ESPN, LS Productions serviced the stunning stills.
Q> To what extent does working with footballers differ from working with other high-profile talent?
AA> There are a number of factors to consider when working with high-profile athletes, in particular footballers. They often have very demanding, strict schedules, and a number of sponsorship deals or brand partnerships in which they need to participate. And unlike actors or models, they aren’t all necessarily super comfortable in front of a camera and a room of 30 to 40 plus strangers. So, it’s our job to ensure that they have a smooth and enjoyable experience on set.
Q> With such tight schedules how do you ensure that you’re getting the most out of every second?
AA> Planning and preparation is of paramount importance. Having a highly-skilled team is crucial. This ensures that everything is run through, planned and prepped down to the very last detail to get the most coverage and complete the (often exhaustive!) shot list in what can sometimes be an extremely short period of time. This also goes back to making sure both the talent and their manager and team are relaxed, happy and understand what is expected of them. If the talent has been looked after well, you will get a much better performance from them. And as I always say a happy shoot means a great shoot!
In QLED TV x Zlatan, international footballer Zlatan collaborates with Samsung. LS Productions worked alongside production company Camp David and Nord DDB for the shoot.
Q> Have you had any stand-out or funny encounters or particularly odd requests when working with high-profile talent in Manchester?
AA> We recently had to arrange a private plane to pick a player up from Turin who was unable to make the commercial flight, at the last minute. The private jet was not necessarily an odd request, just a lavish one! A tight turnaround and a huge bunch of paperwork or legalities could have made this a tricky task. Luckily, we had the right people on hand and the fabulous support network of the production team back at LS HQ - in particular, our head of production, Wendy. We were able to organise the trip flawlessly - to the huge appreciation of the client and the talent manager!
I must say having the honour of working with the legendary Zlatan, on two back to back shoots, was also a lot of fun. We used a lot of the same crew and the banter was flowing. He even ended up staying later on one of the shoot days, which is really unheard of.
Partnering with production company Strange Cargo, LS Productions sourced the location and serviced the production for H&M’s Selected by Emre Can still and motion campaign. Behind-the-scenes shots were captured by photographer Dave Alexander.

Q> Bearing that in mind, to what extent does the servicing of a shoot influence the co-operation of the talent?
AA> The production and level of service of a shoot influences the co-operation of the talent immensely! If they’re not happy they will either refuse to play ball (excuse the pun) or leave entirely. I’ve been lucky to work with a vast and fabulous bunch of footballers from across the world and all have been great to work with. It’s the little things that matter, whether that’s finding out what their favourite brand of chocolate is and what coffee they like, to creating a comfortable green room or compiling a playlist from their favourite artists. A little really does go a long way and ensures everyone, talent and crew, leave happy. And most importantly, with everything in the can.
Q>Who are you supporting in the world cup?
AA> I mean, Zlatan isn’t playing for Sweden this year, but because we love him as a collective company, we may still have to support them in the World Cup!
Q> What would be your dream footballer / brand combo for a shoot (who you haven't worked with already)?
AA> Manuel Neuer and VR gloves
Zlatan continues his endorsement with Samsung in ‘What’s next for Zlatan?’, an interview spot that reveals the football stars love of new technology. Produced by Crosby, LS Productions sourced the location and serviced the shoot. 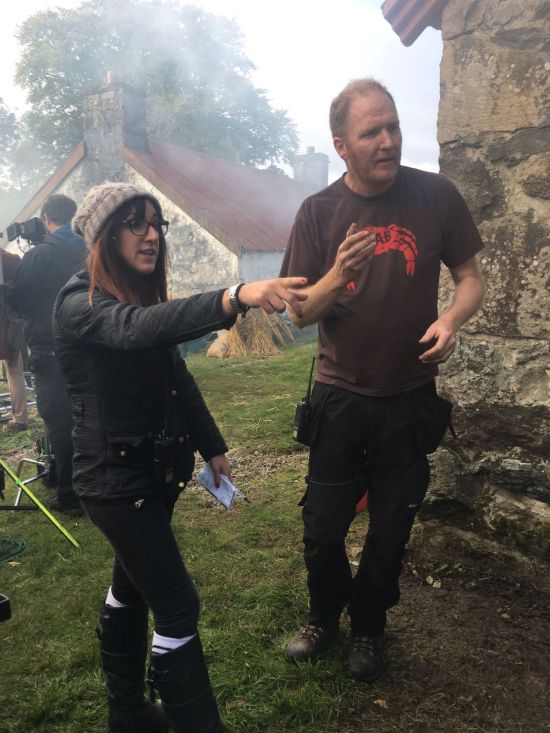